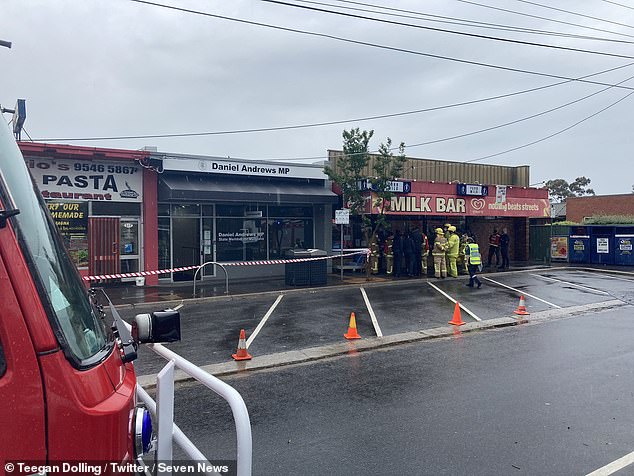 How could this have possibly happened?

Emergency services were called to the Noble Park office on Wednesday afternoon following the discovery of the package.

‘Safety checks are in the process of being conducted, with the building evacuated as a precaution,’ Victoria Police said in a statement.

‘There is no threat to the community and no one has been injured.’

Footage uploaded online shows the Princes Highway office has been taped off, with multiple fire trucks and an ambulance parked outside.

Police say they have narrowed the list of potential suspects down to about 6 million.

It is understood specialist police were sent in to investigate. This is the latest incident to raise serious security concerns for Australian politicians. In the past fortnight, Western Australian Premier Mark McGowan’s house was placed under police guard and death threats were issued against him, while Northern Territory Chief Minister Michael Gunner was forced to move his family after his address was revealed online.

There is increasing frustration in the Australian community as thousands of people are losing their jobs due to the vaccine mandate, while a crisis of adverse reactions to Covid vaccines and massive peaceful protests against the vaccine mandates are completely ignored by Australia’s media.

In response, ASIO has invented the nonsensical term “single issue violent extremist” in order to associate anybody who raises such concerns with terrorism.