An excellent example of this occurred last year when Sky News Vixen Peta Credlin took the scalps of several Victorian Labor MP’s and key officials after the hotel quarantine fiasco. In doing so she reinforced the notion that the government is justifies in taking such radical measures to contain what is basically a bad flu, and paved the way for the construction of gulags in every state in Australia.

A couple of days ago another good example occurred when LNP Senator for Queensland Gerard Rennick appeared on Sky News to provide commentary on Scott Morrison’s selling out of Australia to international environmental extremists by committing to so-called “net-zero” carbon emissions by 2050.

Qld Aus Epic WAX Truth Bombs Ladies and Gentlemen we have a New Hero. Senator Gerard Rennick destroys Sky News, he gets interrupted, then runs over the top of the Host…When asked about 2050 Net Zero Carbon BS… He says he’s not interested, then drops the Bombs pic.twitter.com/rshu1vUmYI

Senator Rennick took the opportunity to use a bridging statement to highlight the cases of Australians who have suffered severe adverse reactions to so-called Covid “vaccines”:

“I’m not worried about 2050 at the moment, what I’m worried about right now is what’s happening in 2021, and in particular the adverse effects that are happening to young people across the country from vaccines.”

At this point the Sky News host tried to intervene to prevent the Narrative from being tarnished, but Senator Rennick just keeps going.

“In the last week I’ve had a 37 year old woman who’s had a stroke, been told she has to take a second vaccine, been told she’s going to lose her job; I’ve got a 19 year old girl who’s got severe clots in her legs and her lungs, she’s in hospital, she took that Pfizer shot last Thursday night.”

The 19 yer old girl is likely Cienna Knowles, who has clotting in her lungs equivalent to that expected if she had broken her ribs. 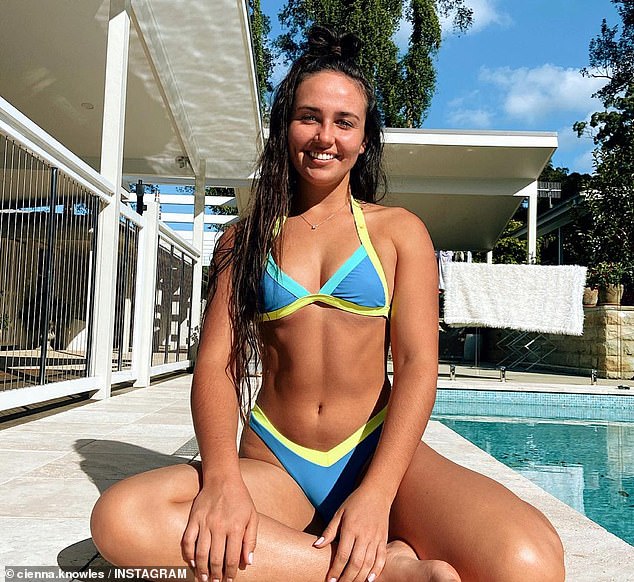 Blood clots aren’t supposed to happen if you take Pfizer, officially, and the company has been noticeably quiet about the adverse reaction.

“I have spoken to a 31 year old man who’s been paralysed since early September down his right hand side, he’s got some movement back in his right arm, he’s had no income for the last two months, he just took out a mortgage before he took that shot, he’s been told that he’s got to take a second shot.

“Now it’s bad enough that people don’t get a choice to take a vaccine, but it’s worse that they’re being forced to take a second vaccine after they’ve had an adverse event, and the government hasn’t yet provided them income support while they’ve been unable to work.”

You can watch the full exchange in the video below.

In the discussion which followed the Sky News host attempted to trip up Senator Rennick, accusing him of using circumstantial evidence. When Rennick referred to the TGA’s record of over 500 deaths after Covid vaccination this year alone, the host tried to use the “correlation does not equal causation” argument, yet given that the definition of a Covid death is actually “death with Covid” rather than “death from Covid”, the use of such an argument risks bringing down the entire facade of the Covid Regime.

Aside from the fact that the Victorian government is being deliberately vague about the proportion of Covid patients who have had zero jabs, one jab or two, the data itself indicates that you are more likely to have an adverse reaction to or die from a Covid vaccine than you are to catch Covid or die from Covid if you are unvaccinated.

As testimonies from healthcare workers demonstrate, the devastating impact the vaccines are having on people’s lives is being deliberately and maliciously suppressed.

We shouldn’t get too excited about Senator Rennick given he is after all a member of the Coalition, but it is pleasing at least to see another prominent man prepared to stick his neck out and contradict the Narrative.