Note this headline from the Lying Press.

Now note the substance of the article:

Victoria has recorded 1,461 new local COVID-19 cases and seven deaths as the state moves closer to having more of its restrictions eased this Friday.

However, the state government later clarified that the woman in her 20s did not die because of COVID.

There are now 24,831 active cases of the virus in Victoria, and 230 people have died during the current Delta outbreak.

The new cases were detected from 56,905 test results received yesterday.

Unvaccinated Victorians continue to make up the majority of new infections, with two-thirds of new cases each day people who have not had their first or second jab, the state’s COVID-19 commander Jeroen Weimar said.

The headline screams that two thirds of New Covid cases are “unvaccinated”, and that claim is even repeated at the start of the sixth paragraph, but hidden in the middle of that paragraph is the qualifier, “people who have not had their first or second jab”.

They are not being precise about the figures and that looks suspicious.

The XYZ has pointed out that government officials in Australia used to give precise breakdowns of the percentage of people in hospital and ICU with covid who had had no jabs, one jab or two jabs. Several times when footage went viral of an official stating that more people were in hospital with Covid who had been jabbed than unjabbed, they simply claimed they got the numbers around the wrong way. This occurred at least twice in Australia and twice in England.

#Victoria’s Health Minister #MartinFoley says in the press conference below that 95% of people hospitalised with Covid are #vaccinated. When too many people saw the footage he claimed he misspoke. But public officials keep doing this.#VaccinePassport pic.twitter.com/vOlW1kmEHO

We noted that this was a few too many times to be an accident, so they stopped doing this, and instead used the vague term “not fully vaccinated” for a few days. The XYZ and others again pointed out that this could still mean the majority of people in hospital with Covid could be jabbed, especially as the definition of “fully vaccinated” is someone who had their second jab two weeks prior.

So now they’re using the term “people who have not had their first or second jab”. Again it is imprecise and could be used to convey the impression that most new Covid cases are unvaccinated when in fact they are, but if anyone points this out they can refer to their wording and claim that they weren’t really lying.

I know. It’s all so tiresome. Here is footage of Daniel Andrews using both vague expressions within seconds of each other.

So not “fully vaccinated” means people who haven’t had their first dose or their second dose?

To put it simply, the Victorian government keeps jumping from one vague expression to another when giving us vaccination figures for Covid patients and Covid cases. It is giving us every reason to believe that they are lying, because they know the vaccine is dangerous yet they are trying to coerce the entire population into taking it.

There is also that really awkward graph from Israel nobody is talking about: 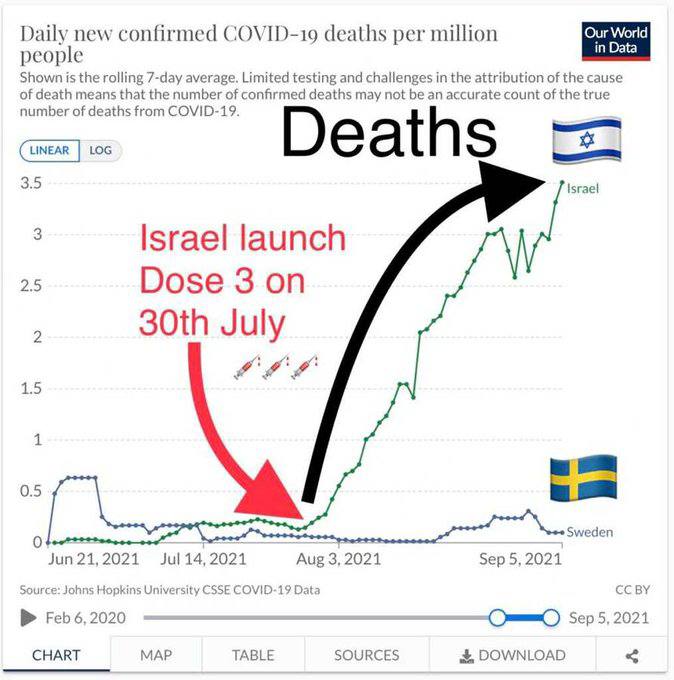 The only way they will clear this up is if they go back to giving precise breakdowns of how many doses each Covid case and each Covid patient has had.