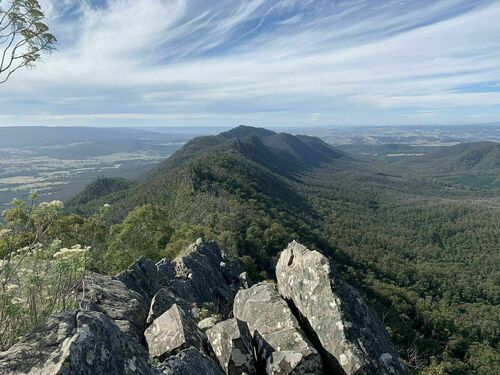 Incredible evidence was put forward on day 3 of the committal hearing for Thomas Sewell and Jacob Hersant. None of it confirmed the “official” story – that Sewell and Hersant smashed the windows of a car of hikers and used weapons to steal their phones. Instead the evidence strengthened suspicions of collusion between federal intelligence agencies, Victoria Police, the media and far left terrorists to engineer a situation which could be construed as armed robbery.

It was made clear that police knew of the planned camping trip well in advance. They had set up cameras to check number plates and link them to registered owners on the highway leading to the Cathedral Ranges. Police worked with counterterrorism, AFP, ASIO and Park Rangers on the day.

It appears that the group of EAM and NSN members were essentially constantly surveilled. One police officer interviewed even referred to “two burly men” she saw filming the group from behind bushes but she did not know what agency they were from. This video and audio has not been provided to the defence or the court, on the grounds of “Public Disclosure Anonymity”. They even refused to provide the name of the surveillance operation, claiming investigations were ongoing.

The implication of this refusal to provide crucial evidence is that there could be footage of the alleged incident which could prove either the guilt or innocence of the accused which is being withheld. This looks like the agencies involved have something to hide.

The same “Public Disclosure Anonymity” excuse was used to disrupt cross examination of police witnesses regarding the Channel 9 mole who had infiltrated the group.

Conveniently, the initial police informant who was involved in patrols on the day of the alleged incident was replaced with another officer of a lower rank, and they seemed to provide confused answers and suggested that the defence ask their colleague whenever the probing got too pertinent.

It was revealed that police documented that left wing communist Tom Tanku sent the alleged “victims” to confront NSN members resulting in the incident, and that they interviewed a known left wing activist at the scene who refused to give a statement.

At least one of the so-called witnesses, who cannot be identified, had prior knowledge of Thomas Sewell and his group.

One of the key allegations against Sewell was that he smashed a window of the witness’s car, yet a doctor who examined his hand saw no bruising on his knuckles or forearm consistent with such an action and only found wounds on the palm.

Crucially, there was no identification of him at the scene at the time of the the alleged incident. There was confusion amongst the witnesses, both police and civilian, as to how many men were involved.

The judge has determined that there is sufficient evidence to place Mr Sewell and Mr Hersant on trial. Both men pleaded not guilty to the charges. They will next face the County Court of Melbourne for a directions hearing on November 29.

Given the following factors:

This is looking more and more like a poorly planned and poorly executed operation to create an incident which could be used to provide a smoking gun to censure the group and general nationalist activism in Australia.