The Victorian government, Victoria Police and the Lying Press are in a frenzy to maintain The Narrative which is swiftly slipping away from them. Melbourne’s Freedom Protests are being labelled an “insurrection” in an attempt to link them to the Storming of the US Capitol on Janury 6 this year, and Lidia Thorpe has even labeled tradies “terrorists”. 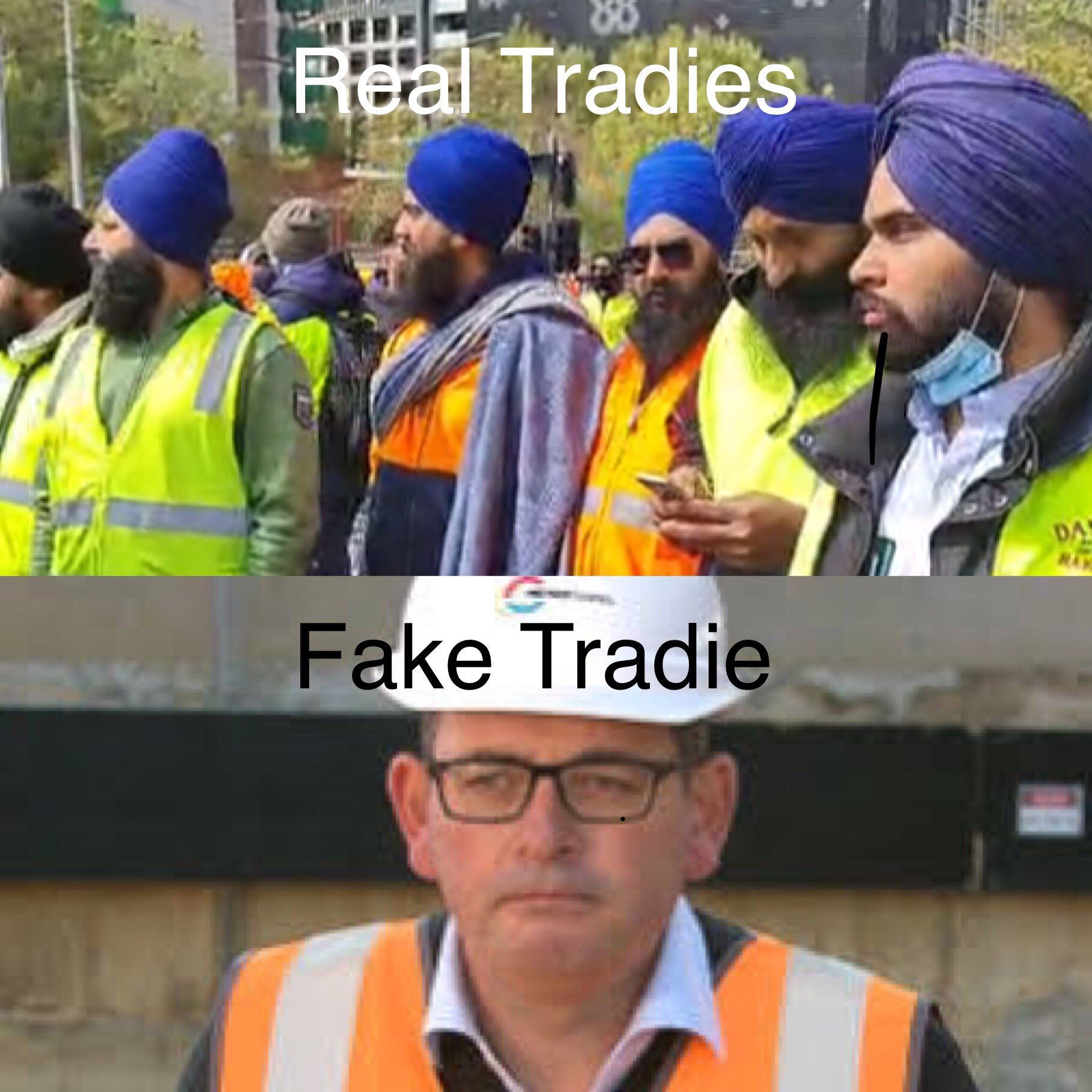 Victoria’s Deputy Police Commissioner did an intriguing interview with a Lying Press outlet this morning in which he used bureaucratic language to veil a threat of violence against ordinary people who just want their lives back.

“One thing is for certain – we’ll be less tolerant than we were yesterday.”

Deputy Commissioner Rick Nugent from Victoria Police has implored protesters to not return today, as police vow to crack down on protest action.

The female reporter, between fake sighs, helped the Deputy Commissioner to frame the Freedom protesters as violent. No mention was made of how police knocked down an old lady then pepper sprayed her on the ground on Saturday, nor footage shown of Riot Police using rubber bullets and tear gas against the tradies on Monday and Tuesday.

The reporter said “kids were i those cars” as they rolled footage of tradies advancing against an assault by a squadron of police cars – ie, gaslighting in real time.

After two minutes of this framing, the scene was set for the purpose of the interview:

“I expect they will come back, I don’t know how many. We’ll continually review our operational tactics and look at how we respond, and of course we shift our response and our tactics depending on the circumstances.

“One thing’s for certain, we’ll be less tolerant today than we were yesterday. We are better prepared, and we’ll do what we need to do.”

That is a direct threat of violence against Freedom protesters. It is a promise to escalate the violence police have already used against Freedom protesters. Given they have already used rubber bullets and teargas, and given they basically had tanks on the streets of Melbourne by yesterday evening, do not be surprised if the army is called in and martial law declared.

This is the heart of Melbourne tonight. @9NewsMelb @9NewsAUS pic.twitter.com/cz3d4qeSBC

If Australia is the testing ground for the Global Covid Regime, and Melbourne is the epicentre of this macabre experiment, the rest of the world could be about to find out just how far the globalists are prepared to go to ensure that everybody injects the product of their favourite multinational corporations.