The NSW government has audaciously labelled its announcement that it will give residents slightly more leg room in 5 week’s time a “Roadmap to Freedom”.

We are reliably informed that the vaccine is only powerful enough to protect you from five adults at any given time in your home:

We can see the gameplan. Raise the vaccination rate so you can “open up the economy” just enough that people don’t rise as one in psychotic rage, as long as they understand that they will never know true freedom again in the New World Order, which according to so-called “fact-checkers” merely describes “times of change and cultural shift.”

And there will be Vaccine Passports. 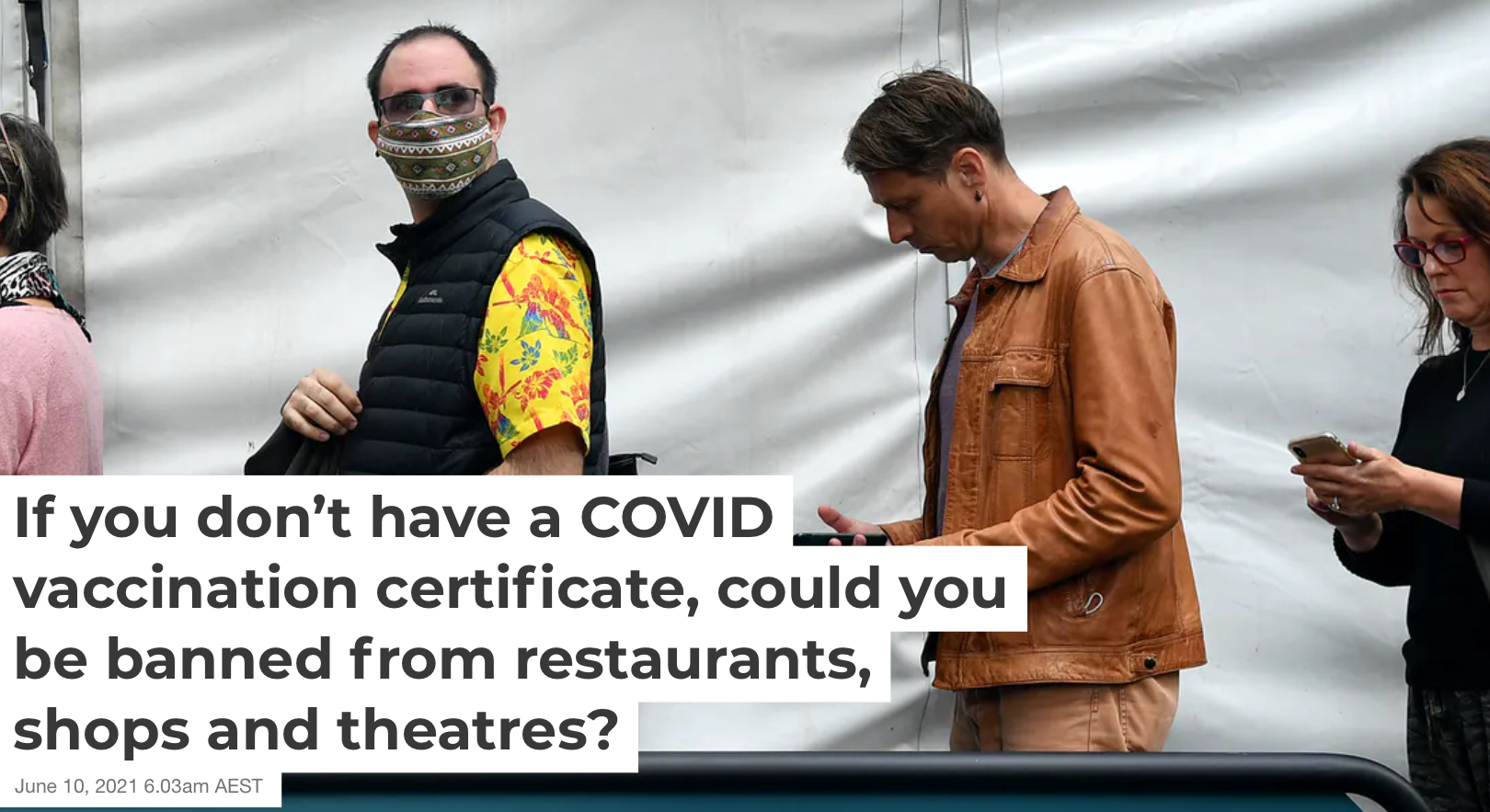 This is your life now.

It must be going to happen. It’s what they keep saying, like it’s already been decided. 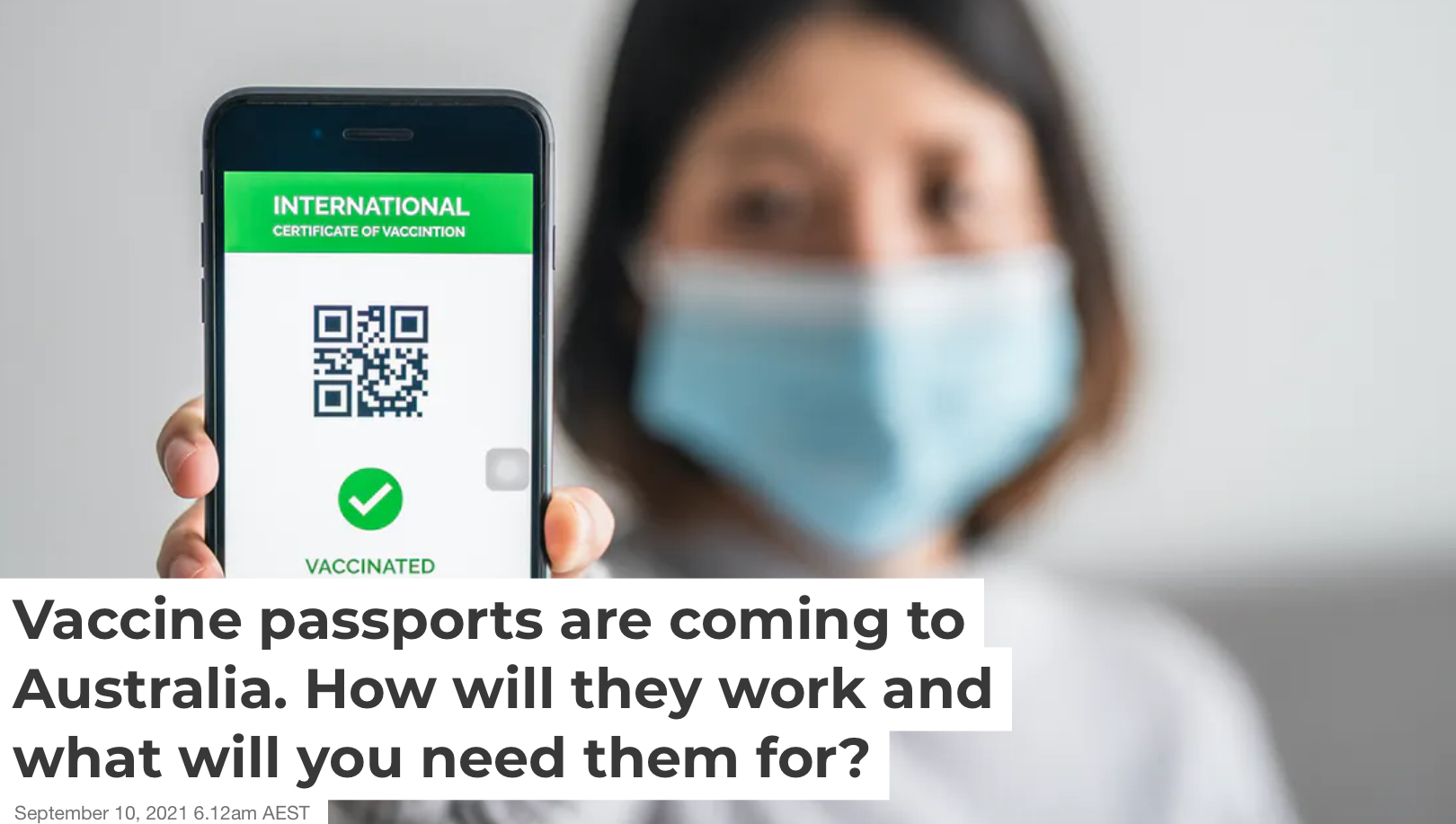 Even the owner of the Healesville Hotel, touted as the Aussie hero who would allow the “unvaccinated” into is pub, is bending to the will of the State:

Owners of a well-known regional Victoria pub say they are not “anti-vax” for deciding to let in unvaccinated patrons once restrictions ease.

However, the Grand Hotel Healesville says if it becomes mandatory to enter a business with a passport, it will have no choice but to follow the law.

Then what was even the point, mate?

Australia’s ostensibly “Christian” Prime Minister appears powerless or unwilling to prevent the implementation of what for all intents and purposes looks like the Mark of the Beast. 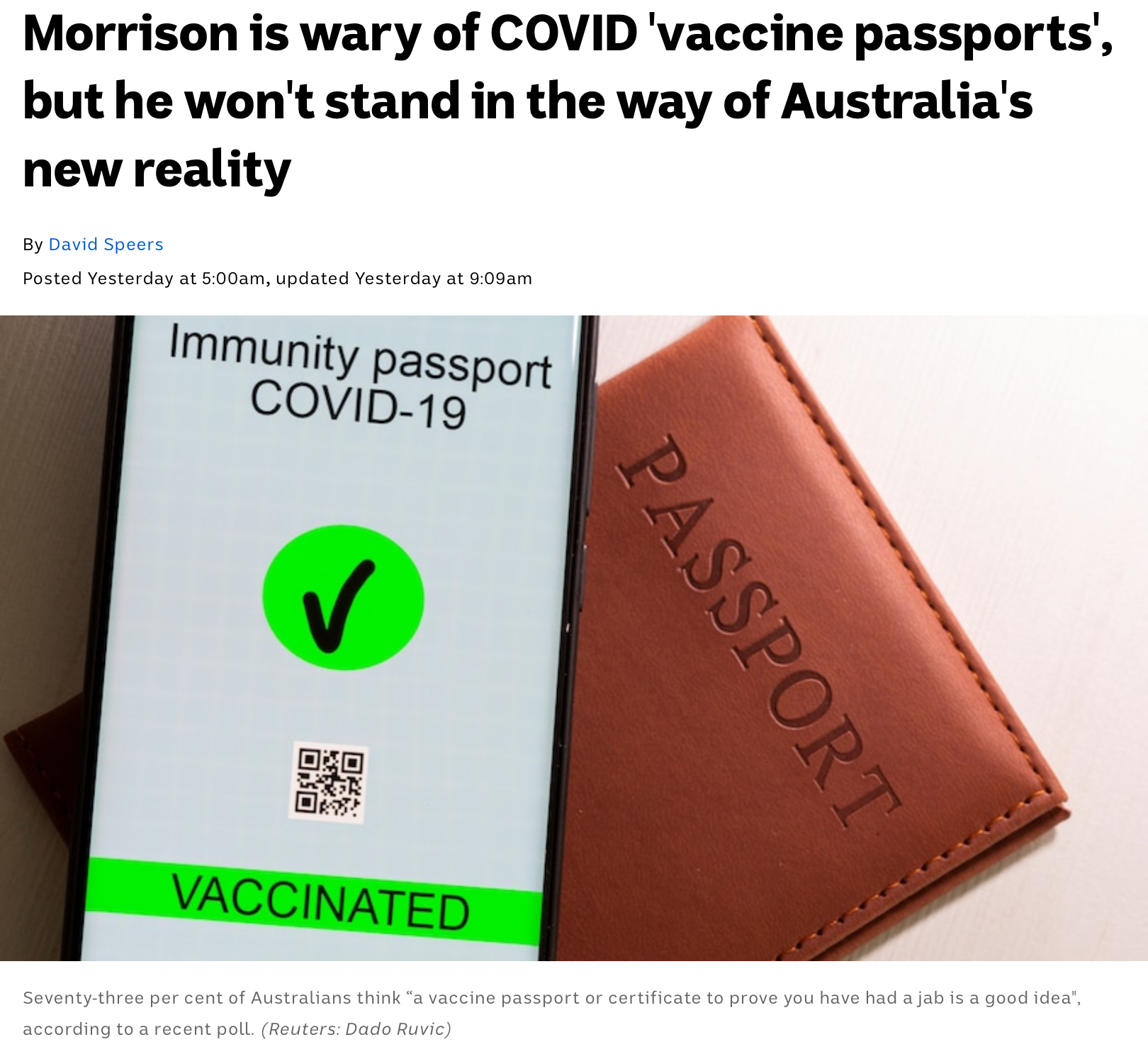 This is what Scott Morrison meant last year when he said that they would make the Covid not-vaccine as “mandatory as you can possibly make it.”

No law has been passed in federal parliament mandating the jab for every Australian resident. Instead a myriad of state laws have been passed, such as forbidding outlets from employing or serving the unvaccinated and the progressive mandating of vaccination for every sector of the economy, complemented by mandates from private companies who can do whatever they want because they’re private companies.

As predicted, you don’t give upon world domination that easily.

Thus the vaccine is now as mandatory as you can possibly make it without actually passing an explicit law. They will tell us we’re free while constantly demanding to see our papers. It is probably against the law to suggest viable solutions so I will just leave it there.