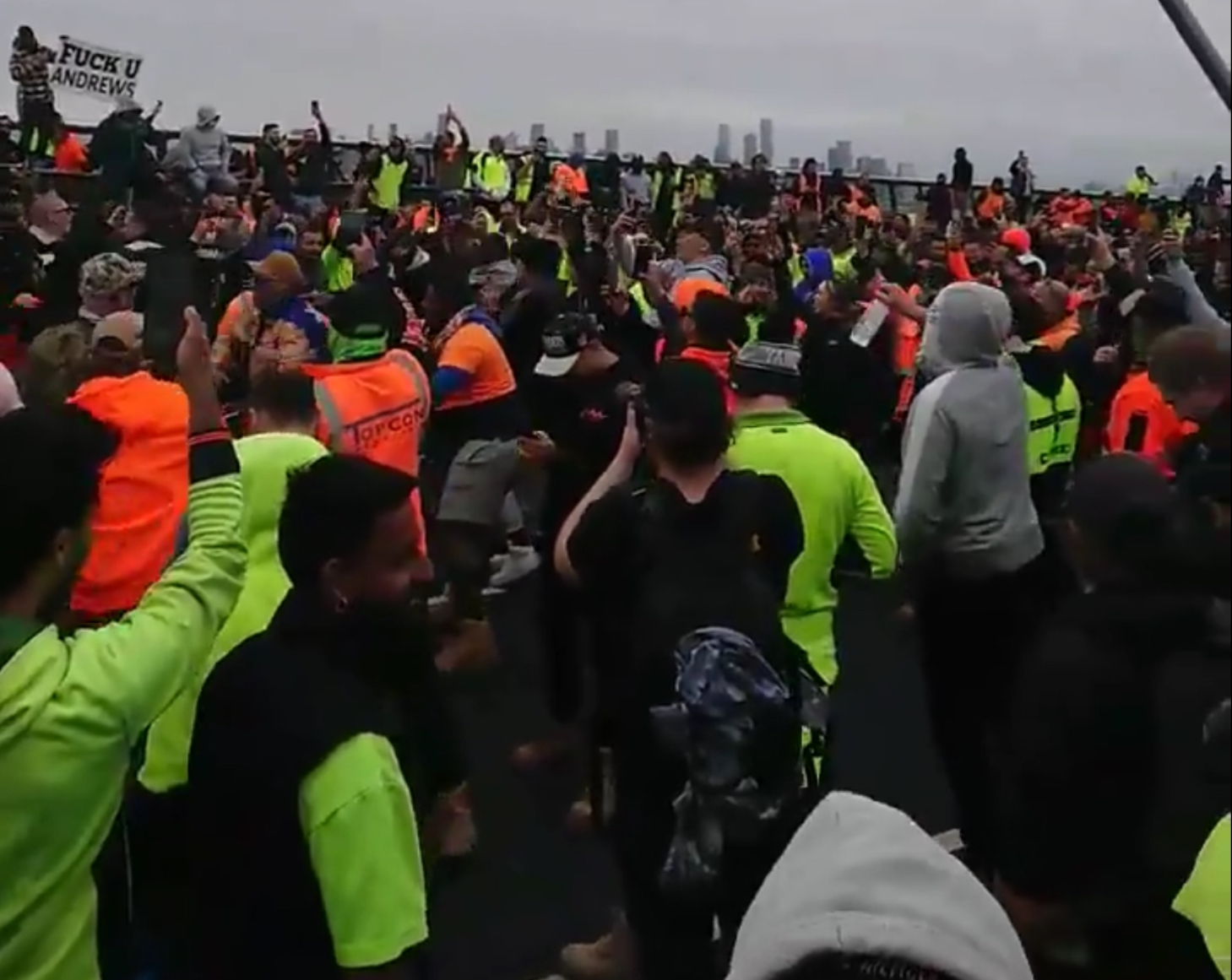 Peaceful protests have just about run their course. On Monday a few hundred construction workers turned on their Union bosses for selling them out to big Pharma. Today the mob may turn on police, media or the Government.

So far the lying press have made a big meal whenever a policeman has been bruised when accidentally knocked over by people trying to avoid being pepper sprayed, trampled on by a horse or avoiding being shot with rubber bullets. On Saturday a few police were bruised all at the same time as the crowd broke through their lines. Yet it was only the police themselves who took the time to deliberately hurt people when they were already on the ground. None of the mob actively attacked the police.

The anger and violence on display against the CFMEU shows us that the peaceful protestors are about to be replaced by the angry mob.

It’s something I have been warning of since this whole CoVid scam began. That is was inevitable. Most of all, that all the peaceful leaders would neither encourage, be participants in or be able to prevent the violent mob when it finally turned.

I can guarantee you that no one who has been to any of the freedom rallies over the last year, would have been at the CFMEU headquarters throwing bottles and smashing windows. These are the people who played by the rules, didn’t care what was going on politically, as long as they could get by. These were physical men, happy to do physical work and not concern themselves with the world as long as they were free to provide for their families without interference.

But betray this kind of man, don’t expect him to write to the newspaper, bitch on social media or call a lawyer. When his blood is up, nothing will cool it down again until his rage has run its course.

These are the men who will be coming to protests from now on. If these men see a couple of pigs throw an old lady to the ground and then follow up and pepper spray her, don’t expect them to just pull out their phones and call them names. Expect blood.

The days of people like me giving nice uplifting speeches to nice peaceful people is over. Nice people never change anything. I have failed. We have failed. History must repeat as history inevitably always does.

I do not want violence, I do not encourage it, I will not incite it. I will not initiate it. I simply know from history, that I cannot stop it. It is almost upon us. Be prepared.