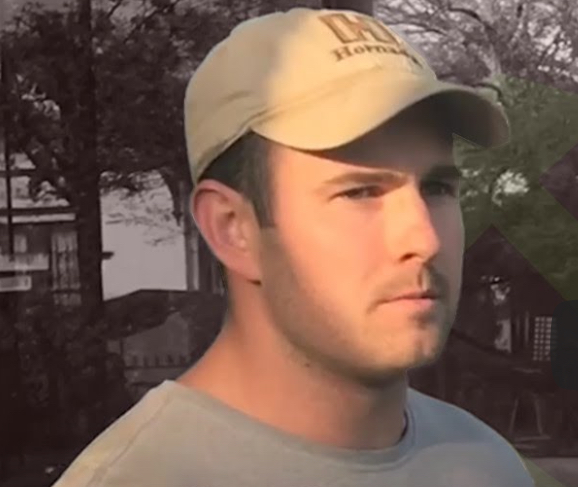 Thomas is the leader of the European Australian Movement, formerly the LADS Society, and a founding member of the United Patriots Front.

Thomas Sewell understands that the demographics of Australia are being deliberately changed through the government policies of mass immigration and forced multiculturalism. If trends continue, White Australians will be a minority in Australia within a couple of decades. Sewell recognises this for the White Genocide that it is and has pledged his life to the struggle to preserve White Australia.

In doing so he dedicates every waking hour of his life to training his own body, mind and spirit, and those of the men in his organisation. The sheer quality and quantity of his output inspires everyone he meets to demand more of ourselves.

In 2021 Sewell found creative ways to bypass the tight censorship placed on ordinary Australians who just want our country back. In leading a group of 40 National Socialist Network and EAM members to the highest points of the Grampian Ranges over the Australia Day weekend of 2021, and in publishing the epic photos of these black-bloc clad men saluting the sun, he forced the national lying press to report on him, his organisation and his pro-White message.

This brought a flood of new recruits to his organisation and placed the struggle of White Australians to maintain our culture, our identity and our homeland on the international stage.

In response to this success the national lying press published a series of slanderous articles on Sewell and his organisation. Furthermore the Australian government, which is deliberately and openly replacing us, set its “intelligence” and “law enforcement” agencies against him.

A situation was engineered outside the Channel 9 office in Melbourne in March during which Sewell was forced to use legal force against a security guard who attacked his cameraman. It is believed a situation may also have been engineered involving potential Antifa terrorists in the Cathedral Ranges in May, although the facts of this matter are yet to be determined.

In both cases the national lying press openly slandered Sewell without evidence and so-called “counter-terrorism” police arrested him without evidence. After the latter incident Sewell was thrown in prison on extremely poor evidence, and is now a political prisoner.

Sewell has been transferred to Port Phillip Prison, one of the most violent and dangerous prisons in the state. Considering that he has not been convicted of any charge this is without any justification.

It is entirely possible that elements within the Australian government have an incentive to want Thomas Sewell dead and have sent him to Port Phillip Prison as part of a passive aggressive assassination attempt.

This flagrant abuse by the Australian government – which I must again stress is deliberately and openly replacing White Australians in our own country – reinforces the rightness of his cause, and his effectiveness and self sacrifice in seeing it through to the very end.

Our Australian ancestors would be proud of Thomas Sewell. Even in prison he keeps to a strict exercise routine and writes between 1000 – 7000 words a day. He embodies the Anzac spirit and the original purpose of Federation to its core. A truer Aussie hero is hard to find.

This is why I nominate Thomas Sewell for Australian of the Year, 2022.

Additional questions were answered with some repetition: 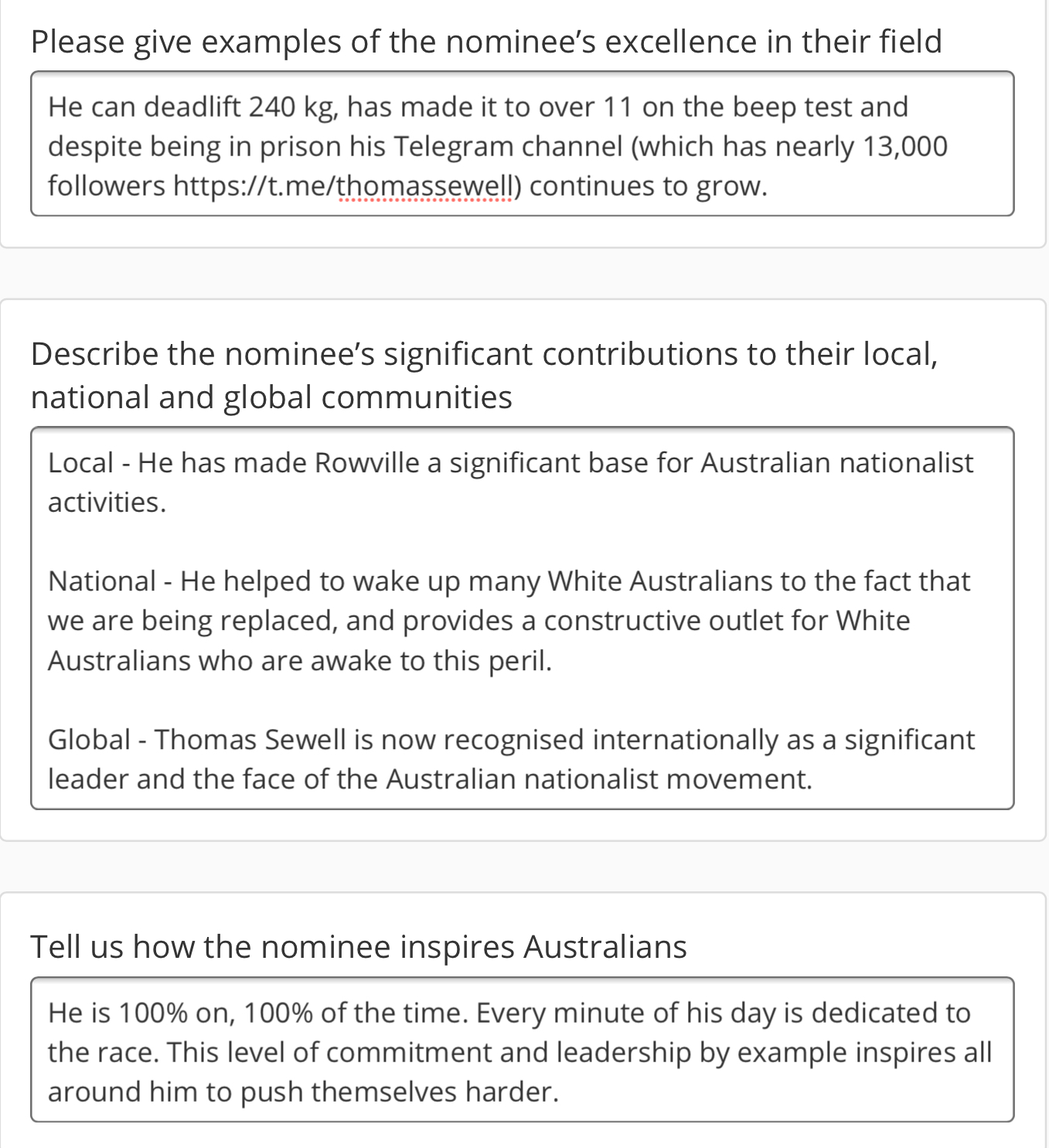