Lakemba became notorious a couple of years ago when police barred Lauren Southern from reporting on the ethnic replacement going on there. About a week ago it made the news again when a foreign woman burned  the Star of Remphan on a Lakemba street. 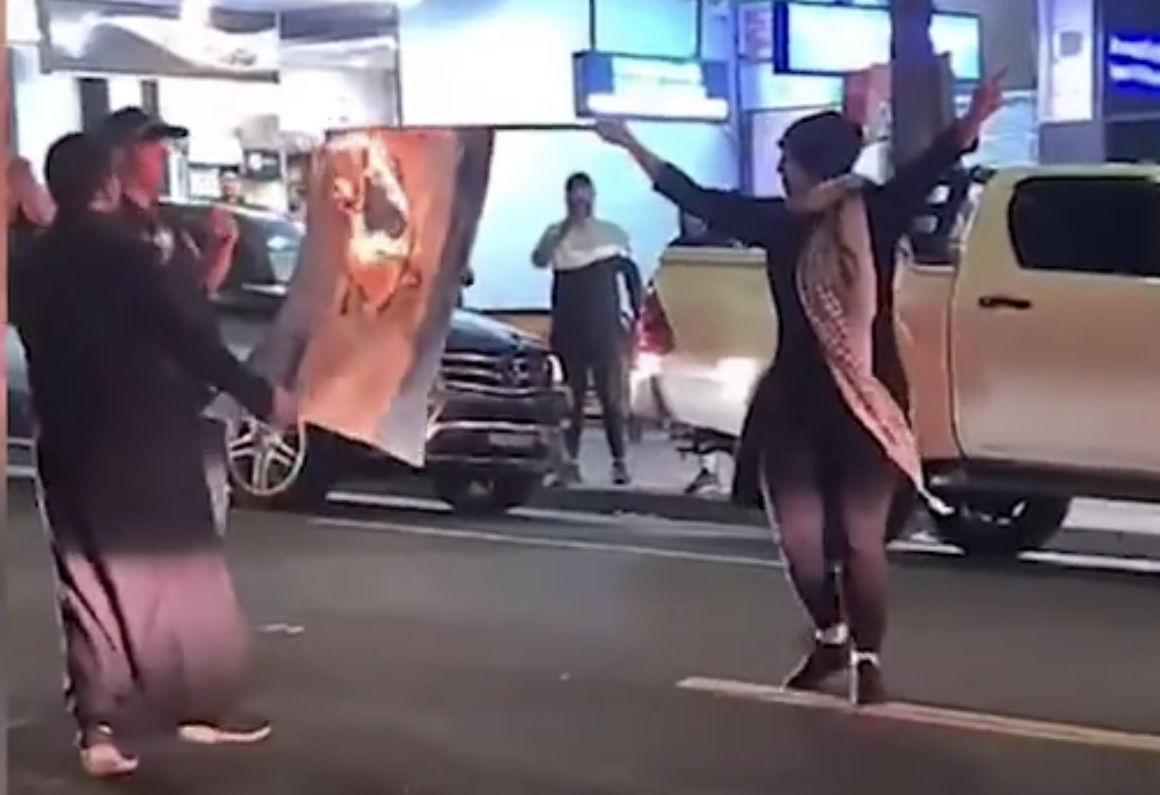 “Of course, we’re all very concerned for what’s happening there.”

“We’ve been urging restraint from all parties involved there to not take any unilateral action on those very stressful and tense situations that we’re finding there.

“But those things should not be played out here in Australia. We’re a peaceful country, we believe in a two-state solution … we want to ensure that people live in this country with tolerance and respect.

“We do not want to import the troubles of other parts of the world into this country.”

The doublethink is obvious.

When you import people from other parts of the world into this country you do not get to pick and choose what they bring with them. This did not work when the British Empire imported Irish convicts to Australia in the 18th and 19th century and it doesn’t apply to importing jihadis in the 20th and the 21st.

If you import Indians so you can cook up a mean curry, you will stink like your food. If you import muslims they will behead you, blow you up and mow you down on their path to outbreeding you as they race against the Chinese to conquer your country through demographic warfare. If you import jews they will influence the government to overturn the founding principles of your nation – to be a White country for White subjects of the British Empire – by importing millions of Indians, muslims and Chinese so that they no longer appear as the outsiders in a homogenous White society.

This is deliberate, which is why ScoMo has stepped in. He does not want the byproducts of mass replacement immigration and multiculturalism getting out of hand, as it may motivate Australia’s native sons to rise up in White Revolution.

A couple of other points:

Firstly, Only nationalists have a coherent understanding of the jew vs arab conflict. To the extent that there is any debate on the issue, it regards whether we stand with the Palestinians against Israeli terror or whether we just tell them both to get stuffed. Either way, being a nationalist or a Christian should never involve supporting the Israeli state. Israel did 9/11 to goad the West into destabilising the never stable Middle East even further, strengthening Israel’s strategic position while creating a steady stream of replacement migrants which Israel facilitated in making their way to the West.

Israel is our greatest enemy.

Secondly, it is intriguing that the foreign woman who burned the Israeli flag actually got arrested for it:

“About 9.30pm, police observed a woman walking down the street through traffic and holding an Israeli flag that was on fire,” police said in a statement.

“The flag was removed from her possession and as it was being extinguished, the woman ran from police.

“She was detained a short time later and was spoken to by police before being issued a move-on direction.

“A large crowd had gathered but remained compliant and dispersed a short time later.”

The 48-year-old woman has been issued with a court attendance notice for allegedly behaving in an offensive manner in a public place and wilfully preventing free passage of person or vehicle.

She is scheduled to face Bankstown Local Court on July 8.

Or at least, police decided to interpret the law in a way which meant they could punish her for burning the Israeli flag. This consequence is never meted out against communists who burn the Australian flag, while heavy penalties are issued to anybody who burns the reprobate flag or “defaces” their footpaths.

To find out who rules over you, look to those you are never allowed to criticise.