As the leftards reeled with frustration and anguish after losing the federal election to the fully cucked conservatives they began to look around for targets to spit their vile hatred and venom at. Queensland overwhelmingly voted for ‘conservatives’ and smaller ‘ffaarr rriigghhtt’ parties so ‘All’ Queenslanders again became the target of Leftist bullies.

The Leftards started a #Quexit hashtag to sook and to release their hatred into the world, while pointing out how Australia would become some kind of Communist utopia if Queensland was cut off from the Federation or destroyed permanently. They even promoted pictures showing Queensland buried beneath the sea like Atlantis.

None of these useful idiots bothered to ask why Australians rejected (Subverted) Labor or the (Watermelon) Greens.

Australian Globalist cultural snobs from Sydney and Melbourne often try to mockingly compare Queensland to the Southern states of the USA, such as Alabama. Why do they show such prejudice and bigotry towards Queenslanders? The historic reason for this situation might surprise you.

Around the time of Federation, Sydney and Melbourne being the largest, richest and most dominant cities in Australia both culturally and economically felt a superiority complex over the rest of Australia. As far as human psychology goes this ‘capital city superiority complex’ is entirely natural. What we are interested in, is how the enemies of Australians are able to tap into this emotion and subvert it.

At the time of Federation in 1901 Australia was 98% white, mostly of Anglo Celtic origin. Our leaders were well read and understood how terribly America, Jamaica, and South Africa had suffered trying to deal with the race relations of their multi-ethnic nations. Our leaders also had a great understanding of biology and were familiar with many concepts that are now ignored such as the cycles of civilisation and what causes great nations to rise and fall such as Babylon, Egypt, Athens, Rome and Haiti.

In 1901 Australians unanimously voted to maintain the wonderful ethno-state that we had built from toil, blood, sweet and tears over 113 years. What we created with our now primitive technology was nothing short of a miracle and proves that against all odds European people can achieve anything we set our minds to. One day we will even settle on the Moon or Mars if the Anti-whites don’t insist on diversity quotas for astronauts, but that’s another story. 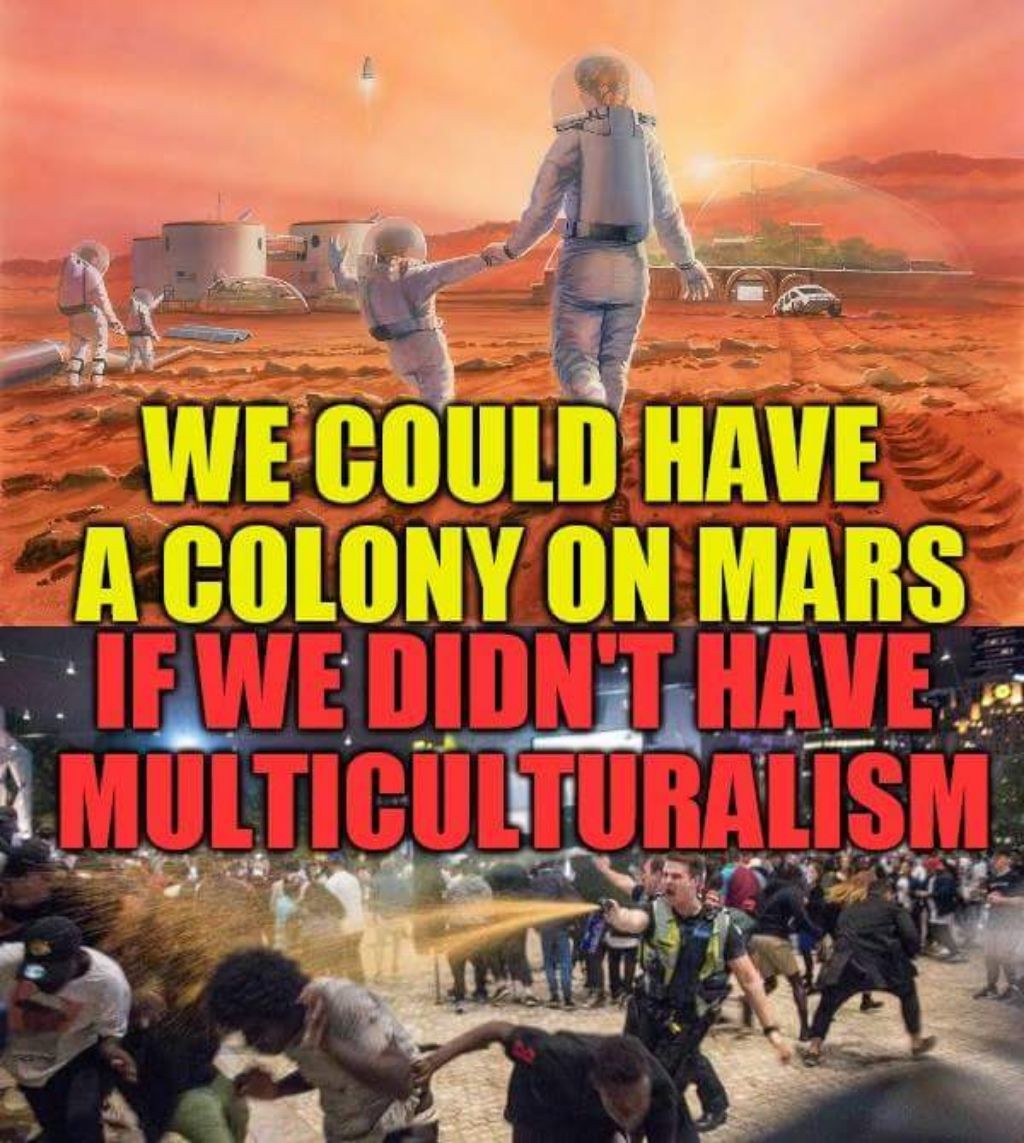 So with Sydney and Melbourne’s unanimous support for the White Australia policies, the cultural elite of the time feared that our fledgling ethno-state could come under threat from States not willing to maintain their high standards of loyalty to their people. One only had to look on a map to see that Northern Australia’s close proximity to overpopulated Asia and the Pacific Islands could become the Achilles heal of the nation. Northern Australia was also home to most of the country’s aboriginal people who could possibly be used by foreign powers to subvert the nation. Our cultural elite sniggered at Queenslanders and frowned on their perceived complacency in the face of danger to the nation’s integrity.

This sniggering was unfounded because Queenslanders had already created the Labor Party to protest against the parasitic class’s importation of cheap foreign labourers, mostly Chinese and Islanders who were being used in order to force down wages and work conditions in mines, railway construction, pearl diving and the sugar cane industry. The cultural elite coined the terms ‘yellow peril’ and ‘populate or perish’ to instil a sense of urgency into our young nation to maintain itself.

By the middle of the century thanks partially to our cultural elite and their insistence on rejecting the parasitic class’s importation of cheap foreign labour, Australia became one of the wealthiest nations on Earth with one of the highest living standards the world has ever seen. Hard working people were praised. Aussie battlers in the bush were glorified. Women were respected. Motherhood was worshipped. Children were cherished. Our civilization was at its peak.

As the years went by our cultural elite in Sydney and Melbourne lived it up sipping soy-lattes and champagne, they slowly degenerated into inner city cultural snobs that were easy targets for Cultural Marxist agents who by this stage dominated the media, academia and Hollywood. It was easy to convince degenerate inner city cultural snobs to switch their animosity away from Queensland’s complacency in dealing with the importation of foreigners to an animosity regarding Queensland not getting in line with the parasitic elites’ Cultural Marxist agenda of importing the 3rd world into Australia by aircraft.

Today you will notice that Sydney and Melbourne are beginning to resemble Shanghai and Bombay with a splash of Johannesburg and Abu Dhabi. Australia’s cultural elite have rendered themselves redundant while they lash out at Queenslanders for rejecting their soy-latte vision of a multi-ethnic communist utopia ruled over by the parasitic class. It is funny how the cultural elite and the Labor Party went full circle. Once bastions of White Australian Nationalism, now just a bunch of slobbering Anti-Australian, Anti-Whites who are in violation of the 1948 Genocide convention regarding the promotion of and complicity in White Genocide.

I replied. “I take it you are aware of the demographics of Alabama and how average IQ’s are calculated so I find it curious that you would call black people ‘racist’.”