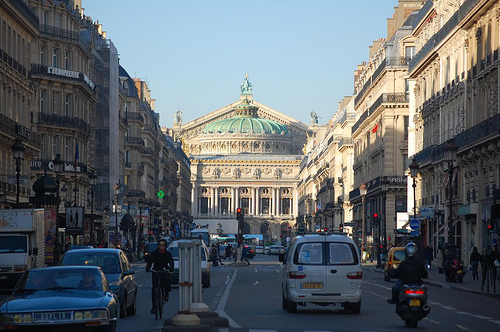 Another diversity incident has occurred in Paris, and because their ABC is by definition a news organisation, it has to tell us about it. In regular workplaces we have to endure the occasional fire drill. At the ABC, they rehearse reporting the news without news, so that when the actual news defies the narrative, they can ensure the narrative remains unquestioned and the real news is obscured:

“French authorities have opened a terrorism investigation into a stabbing attack in Paris that left two dead, including the attacker.

A man armed with knife killed a passer-by in the heart of the capital and injured four others before being shot dead by police on Saturday night (local time).

The attacker struck in the second district, a retail and dining precinct that is also home to Paris’s opera.”

I’ve said it before, I’ll say it again: all the virtue signalling in the world about diversity by the degenerate artistic elite will not save them from the boxcutter wielding savages baying to be let in to Europe.

“The individual died. Another person, seriously injured (by the attacked) died from their injuries”.

The identity of the man and the reason for the attack are unclear.

President Emmanuel Macron said France once again paid “the price of blood” but would not give an inch to the “enemies of freedom”.

The report continues in the usual manner, with a brief mention of the Islamic State right at the end.

On the tellie, ABC News 24 had a beautiful awkward moment as reporters did their best to explain away an uncomfortable fact. Because they have to, they reported that someone in the vicinity of the crime had claimed that the attacker may have possibly said something along the lines of “Allahu Akbar”. This was followed with a breathless reminder that given that the Islamic State had suffered “recent setbacks” (they couldn’t even bring themselves to acknowledge that IS has been pulverised by Russia) this report had to be treated with a pinch of salt.

What was left unsaid is the following:

That’s how the reasoning goes.

It was one of the dumbest things I have seen on ABC television, and that is saying something.

When something happens which is so important that the MSM can’t ignore it and thus relegate it to the fringe, the key is to present the facts in a way which gives the best chance of people seeing the facts without actually seeing the facts. 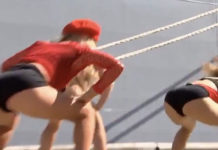