‘I think everybody just assumed that all Jessica Mauboy had to do as a woman of colour, as an Aboriginal woman of colour no less, was to just turn up, bang a few sticks together and walk home with the prize. What we failed to account for was the fact that Europe has been deeply enriched in recent years, and its entrants reflected this newfound diversity. What this means is that we will have to up our game in future years if we are to compete on diversity criteria. And ultimately, it shows that we as a society still have a long way to go.’

The fact that Australia has fallen behind the rest of the world in terms of its diversity were highlighted by the comments of the kimono-wearing Eurovision winner, Netta Barzilai of Israel:

“I am so happy. Thank you so much. Thank you for supporting diversity.”

She’s not our TOY, but she is a ‘beautiful creature’! @NettaBarzilai #ESC2018 #AllAboard #ISR pic.twitter.com/Scr09CQ8X5

Australia’s spokesperson stated that Australia intends to follow the example of Israel as the most diverse democracy in the Middle East, and believes that we can indeed learn much from the city of Jerusalem, a city which has experienced cultural enrichment for millennia.

One whistleblower has disputed Eurovision Australia’s claim that the diversity of the Eurovision contestants came as a surprise. Speaking to The XYZ in exchange for a week’s supply of Twisties, ze claimed that ze had raised zer concerns weeks out from the competition, but that Jessica Mauboy has been ‘quite resistant’ to having her leg amputated to improve her diversity points.

Entertainment media appear to have reached a consensus that rather than Mauboy losing points because at the age of 28 she is looking ‘a little frumpy’, it is the fact that as she is still reasonably healthy, has long flowing hair and wears revealing party dresses, she is confirming to a cis-heteronormative archetype. Sources agree that the next contestant will need purple hair and will sing about rape, at the very least.

And she’ll need to be fat. 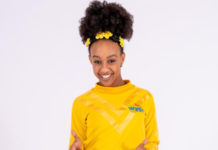 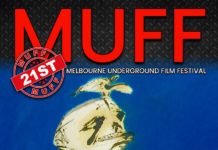