I like Triple M, I really do. The music they place is fantastic, their hosts are funny, most of the time, and their commentary and call on the footy (and now the cricket) is second to none. However, they drop the ball majorly (pun intended) when it comes to politics. They are ever keen to push a Left-wing agenda on their listeners who likely just tolerate it because the rest of their broadcast is fantastic. This morning I turned my son’s radio on to wake him up (as I do every morning), and was met by Triple M’s Hot Breakfast going into another anti-Trump diatribe. They were laughing at Trump talking about a “terror attack that never happened”. Triple M’s Hot Breakfast laughed and joked that “Sweden was at risk of another ABBA comeback” (I wonder if Sweden’s fast-growing list of rape victims would find that funny). They were joined in a cacophony of derision over his statements regarding security in Europe. They were not alone: all over the media, there were cries of “bemusement” at what he’d said. They laughed and laughed at how Trump had “cited non-existent terrorist attack”.

Given Triple M and the MSM’s track record, I thought it prudent to go to the source, and I was not surprised, in the least, to find out what he’d actually said: 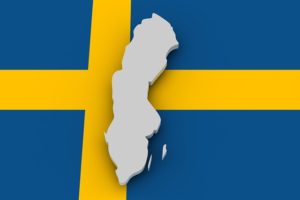 So, can someone please tell me where he mentions any terrorist attack? The MSM was in uproar about a “non-existent terror attack” but the only thing that’s “non-existent” is his reference to a terror attack. He said “last night in Sweden” and given the number of rapes committed by migrants in that country, can anyone be sure there wasn’t a rape last night there? Maybe he was referring to the gang rape of a young woman that was broadcast over the internet about a month ago. Yes, there may have been nothing, but who cares? He made a slight error in his speech; does this change the fact that Sweden is being overrun by third-world migrants? Does this change the fact that these migrants are bringing an actual rape culture to the country that has seen the number of rapes skyrocket as a direct result?

The media are hysterical to the point of lunacy. Not once did he mention terrorism. Yes, he mentioned places where there have been terrorist attacks in the past, but he didn’t say, “there was a terrorist attack in Sweden”. He said, “look at what happened last night in Sweden”. This is pretty innocuous, hardly worth a story given the way Trump has spoken about things in the past. But the media just can’t help themselves. Any chance to attack Donald Trump must be taken, even if they risk looking foolish, which they have, again.

The best thing about this is now people are going to ask, what happened in Sweden? Why is Sweden so bad? Many who didn’t give Sweden a second thought, who aren’t up to speed, will now be curious. They will then be able to quickly learn about the rape epidemic that’s been going on in the once safe and prosperous country. They will see the exact result of Islamic migration for themselves. This is ultimately in the interest of Donald Trump, and will make people, once again, shake their heads as they lose trust in the mainstream media and quickly forgive Trump for what is, at worst, a very minor speaking error.

So well done to Triple M, well done to the media: they took the bait, and now people are going to see the truth, whether they like it or not. As Steve Bannon said, the media are the opposition party and as every government knows, to be a good government, you need opposition. The opposition in this case does nothing but highlight the strength of the President they oppose and bring focus to the issues he wants them to focus on. They think they are smarter than him, but once again, he’s played them and they are too stupid to realise it.