A lot has been said recently about ABC poster child Yassmin Abdel-Magied, and your author here is more than willing to jump onto that bandwagon. True, bandwagons may be tacky and filled with opportunists seeking to take advantage of situations others have already created, but at the right time, riding on one sure beats walking.

Abdel-Magied, as readers no doubt know, is the woman who, while on the ABC Television’s Q&A, managed the difficult task of making Jacqui Lambie look like a rational voice of reason. Her claims that Islam is the most feminist of religions has led to a lot of recent, well, ‘discussion’, as has the fact she has recently been on an international jolly, paid for by the Department of Foreign Affairs and Trade (aka The Taxpayer) for the purposes of, well, ummm, something or other no doubt in the country’s interests.

All this is public knowledge for most readers, but there is one claim associated with Ms Abdel-Magied that rarely seems to be questioned.

Abdel-Magied is a Mechanical Engineer.

In itself, not a bad thing. She could have studied for one of the multitude of Hobby Degrees and double-majored in Pointlessness and HECS Debt. Instead, it is the way Yassmin’s supporters like to use the title to shut down any attempt to discuss her credibility, in much the same way someone like serial failure Tim Flannery is always described as a Leading Scientist.

(Flannery has a doctorate in Palaeontology. Credit where credit is due, especially if you are a long extinct mammal.)

Abdel-Magied graduated from the University of Queensland in 2011. Well done that girl; Engineering requires a respectable amount of intelligence and application, so credit where credit is due. Nothing unusual or questionable so far except a mildly querying raised eyebrow about her age at the time, but as mentioned before, there are a multitude of much more pointless degree paths she could have selected. It is what she has done in the five and a bit years since this graduation that are of interest to us. 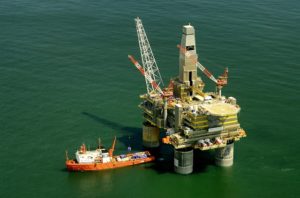 Fortunately for us, Abdel-Magied has written a book about herself, modestly called ‘Yassmin’s Story’. Unfortunately for us it is a rather painful read, somewhat disjointed in narrative, filled with non-ironic references to all the people and organisations that assisted in her career, non-ironic references to older members of her family telling her that proper Sudanese girls shouldn’t be doing these sorts of things, and the insightful reveal that workers on oil rigs tend to swear a bit. Rest of it is, let’s be honest, rather dull, for Yassim, let’s be honest, hasn’t really done all that much in her young life of actual interest.

The sections of her life we are going to consider are her time working oil and gas. Not exactly an office job, but people do work in this industry, and gaining experience within these sorts of industries shouldn’t be regarded as some sort of modern miracle. Your own author here at XYZ once held an underground driving permit and at times worked in an environment where the chemicals in the air would combine with the sweat on your body to form a nice mild sulphuric acid. That was one of the more minor risks associated with that area, as at least the acid was unlikely to instantly kill you. Also, tingly.

Also, while we are still visiting the 1990s part of your author’s CV, it is worth pointing out that even then, the industry had a respectable amount of female professionals working within it. Some were very good at their jobs, some less so, but provided they didn’t try and hide behind the gender card and actually performed their jobs, they were all very much professionally and socially respected. Sorry, Ms Abdel-Magied, but you were not the first woman to work in heavy industry and, if your author’s correspondence with professional peers is correct, you are not even the first Muslim woman to work on Australian offshore rigs. Indeed, if one was to look closely at the fine print on Yassim’s book, one might note the claim of being a female Muslim Sudanese-Egyptian Australia in a head scarf working on oil rigs because hey, if we add in enough conditions to the search criteria we can all be unique and important.

Still, despite what does come across as mild grandstanding, credit where credit is due for working in oil and gas, and Abdel-Magied does seem to have spent at least some time in this role. However, going by the slightly vague publicly available details of her professional engineering career, Abdel-Magied doesn’t seem to have done anything else.

The sort of anything else we are looking for here is known as working in an engineering office. Again, this is actually something your XYZ author has a respectable amount of professional experience in, for after all, we all need a day job and Right-Wing Blog Troll doesn’t really pay what it used to.

Now many of our readers may not have worked in an engineering environment before, but in a broad sense it is the same as many other professional environments. There is the official organisation chart, which has a senior manager at the top. These people command a great deal of respect, for if nothing else they have the power to make your role within the company no longer required. Parallel to this formal structure is the unofficial pecking order, which is topped by the Office Administrator. These women, for in your author’s experiences they are normally women, command a great deal of respect, mainly because they are incredibly good at their jobs but also because Waleed Aly is a sexist idiot.

At the bottom of both those food chains lie people like Abdel-Magied who do not demand respect, and these people are referred to almost universally as Graduates.

Many Graduates are very nice people. Most of them have proved themselves smart enough to know how to pass exams and sociable enough to pass entrance interviews. Some are not. Life is like that. The big constant that cannot be avoided is that they are all completely inexperienced, and in hard practical terms, this means that professionally, very few people take them remotely seriously.

It’s not their fault. It is the simple hard fact that four years of university gives you less experience than four years of professional industry work. When you consider most people working as engineering professionals can have decades of working experience on top of their own four or more years of tertiary study, it becomes easy to understand why graduates are not the bright and shining lights that are there to change the way offices operate with their cutting-edge university learning, but instead naive youth who need near-constant supervision and polite correction.

This is in no way a reflection of the individuals involved. Experience happens by experiencing it, and this brings us back to the Yassim in question.

There is simply, with all her TV shows, radio slots, world tours, activism and dinners with Malcolm Turnbull, not enough evidence to suggest that Abdel-Magied is anything but a Graduate Engineer. Yes, with experience, Graduates can level up, and a high-level Engineer can be a very skilled and powerful character. The argument being put forward, however, is that Yassim Abdel-Magied is currently not one of these people and, currently at least, is not deserving of the currently-implied aura of unquestionable superiority her Left-Wing handlers have bestowed upon her.

Yassim Abdel-Magied may be a lot of things. She may be a force for either good or evil or she may be just another twenty-something with a passion.

What she is not is an experienced Engineer, and as a result is no more an authority in this field than the hundreds of other graduates who escape higher education every year.