Conservatives went nuclear over the past twelve hours over comments by a prominent person disturbingly suggesting that adolescent males look to more experienced adults for more hands on advice when exploring their sexuality. Was this finally an adequate level of criticism of the creepy borderline grooming agenda that is Safe Schools? Something that ordinary conservatives should be deeply troubled about? I wish. All of this vitriol wasn’t aimed at the architects of Safe Schools, or even at Salon’s child molesting mascot. It was aimed at someone who has arguably done more to popularise conservative politics than anyone in recent memory. 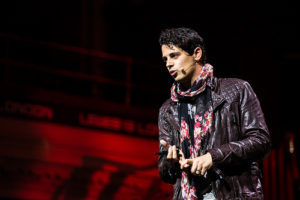 I’m not here to pile on. Enough is being said about the guy, and his response thus far seems to be digging himself further into a quagmire of outrage culture. He’s already apologised, and as we all know, that is the kryptonite that pretty much resigns anybody to a hellish career-ending purgatory from which there is no return whether innocent or guilty, so for better or worse it’s probably case closed on the Milo phenomenon.

My beef is with conservatives who lament the fact that the mean age of those in their movement is 78, and their lack of self-awareness when they bemoan the problem that they can’t attract young blood. These people are so suicidally married to the concept of fair play that they will stop short of saying anything that’s perceived as too impolite to their ideological enemies (in some silly echo of Michelle Obama’s ‘when they go low, we go high’ sentiment), yet are inexplicably only too eager to turn on someone on their own side at the first sign of any real or perceived drop of blood.

Conservative bloggers (especially Libertarians) spend all their energy attacking fellow travellers on the right of the spectrum over silly minutiae, while allowing left-wing bloggers to peddle lunacy as truth virtually unchallenged. Cucked Republicans (although obstructive) went remarkably easy on Obama for eight years, but enter Donald Trump and he was a pariah for ‘not being conservative enough’. Nothing seems to stir virtue-signalling and uncontrolled outrage in conservatives quite like the slightest sign of transgression on their side of the aisle.

Remarkably, it isn’t the left that are calling for Milo to be sent to the same island they put Justine Sacco, Hulk Hogan, and the dentist that shot Cecil the Lion on. The left is sitting back and having a good old belly laugh as the right does all of its dirty work for it and implodes in the process. The left may not be as morally virtuous about this sort of thing, but it does have a better survival instinct. The left is irrational about a great many things, but doesn’t see the sense in so gleefully policing and devouring its young.

This instance is of course controversial, and the observation could be fairly made that a line was crossed. It could be fairly made if conservatives didn’t throw their own kind under the bus EVERY DAMN TIME. They can make a case against Milo, but what about every other ship they’ve scuttled just as the boarding party is upon the beleaguered galleon of the left every single time? The witch-hunt that saw Pauline Hanson incarcerated, for example.

Traditional conservatism is as obsolete and doomed to extinction as the white rhino. If it is to survive, conservatives need to stop dragging the other crabs back down into the writhing mass at the bottom of the bucket just because they stepped on a few other shellfish as they tried to make their escape. The fisherman doesn’t need any help.

I get it. I really do. There’s an argument for taking a moral stand, and for criticising where criticism is warranted. But even with that in mind, it would be nice to see conservatives have the courage in their conviction to at least show the same level of outrage toward self-professed child molesters on the other side of the aisle like Lena Dunham or Roman Polanski that is now directed toward one of their own. With allies like the Republican establishment, is it any wonder that disenfranchised young people are more interested in punk-rock libertarians like Gavin McInnis or Paul Joseph Watson than anyone appearing at CPAC?