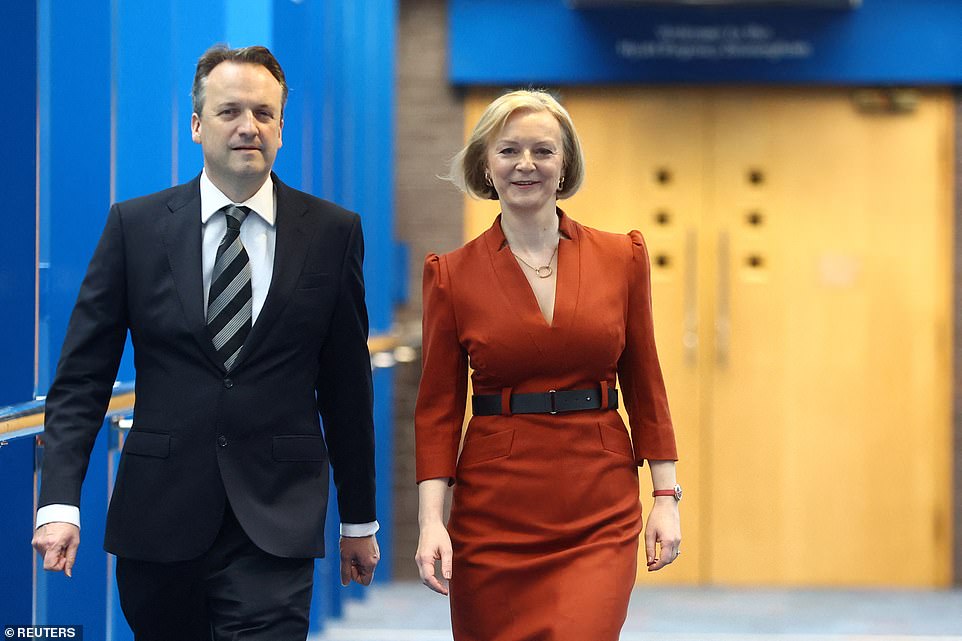 Following up from my, is she a one bagger or two bagger article on the demise of Liz Truss as Britain’s latest lame Prime Minister, I think it’s worth making the following point: no one in their right mind ever thought of shagging Margaret Thatcher. Not even through a glory hole where you wouldn’t be able to see her at all! The consequences would be just too dire. One only has to see old photos of her husband Denis Thatcher to realise that!

Thatcher was more of a man than most men. This induced the men around her (that weren’t obliged to shag her) to try and appear to be manly themselves. Now if modern democratic politics attracted actual men, then Margaret Thatcher wouldn’t have become an elected MP in the first place, much less Prime Minister, but her popularity was in large part due to the craving of the public to be led by strength and moral certainty. Traits found most in strong men, not slimy self gratifying soy boys that generally put themselves up for elected office.

Adolf Hitler was adored by 1930’s Germans for precisely that reason. He was a decisive manly man with the courage of his convictions. He was so popular that even after Germany’s ruin and loss in 1945 his enemies needed to make up the most vile slander about the labour camps to try and eliminate any and all future respect he might inspire.

Women are not men and men are not women. Outliers, like Thatcher are the exception, not the rule and only succeed in leadership roles due to the support of men who are themselves inspired to be more manly because of the ability of the woman in charge to draw that out of them.

Another example is Queen Elizabeth I. Unlike Thatcher, Elizabeth was surrounded by many manly men. She negotiated this hazard by telling them that she was married to England and treating her Nobles like Sir Lancelot in King Arthur’s court. Elizabeth inspired many acts of chivalry. Winning the approval of their Queen to serve their Lord and Master the Realm.

I’ve worked for many women bosses in my life and two were amongst the best people I’ve worked under and the rest are firmly classified as the worst. The two best, encouraged and enjoyed men being men. They let the men compete for approval and let it be known that they admired excellence more than anything else. As young men we were protective of our female boss and fiercely loyal. One was a mother figure, the other was an older Sister. We felt in charge and we acted independently, it just “somehow” worked out that we did as our female boss wanted. Interestingly the women colleagues were also happy. Secure under the confidence and devotion of the male colleagues who revered them, just as much as they revered their manager. The men felt in charge. The women were happy to let them think they were.

The worst bosses were always, without exception, women who both tried to make themselves look as sexually appealing as possible, whilst simultaneously trying to lead like men. They always failed because they still had the temperaments of women. Taking everything personally, being vindictive and revengeful at the tiniest perceived slight or challenge. If many women were in the workforce, then they would form their mean girls group, underneath the manager, to try and bully those they didn’t like. The manly men wouldn’t put up with it, subordinate women would side with the manly men, whilst staff turnover exponentially increased and the business would gradually implode.

Other women that I worked for, were just weak doormats in middle manager roles who would try and consensus solve issues, unable to pander to both upper management (that had no awareness of conditions on the ground) and manly men, trying to improve conditions on the ground. The result of such weakness would generally be everyone hating each other and again the businesses being run into the ground.

Which brings me back to Liz Truss. It’s not an accident that my animalistic self looks at her and questions only whether she is a one bagger or two.

She wears tight dresses that bring out her figure and take focus away from her face. She is inept as a politician. A consensus builder. A don’t offend anyone woman whose opinions are based on what will make people like her, not on any sense of conviction. She had barely announced her first budget and she was asking her chancellor to resign so she could reverse the policies and get the IMF to like her again. The result has been a complete implosion of Government and her legacy is that of shortest serving PM in British history. The previous record being 4 times as long and cut short by the man’s death!

Put that same woman in a kitchen, tending to the needs to her man, her children and grandchildren and everything changes. Her desire to please and to be loved becomes a virtue, not a detriment. Her tendency for conciliation holds families together instead of pulling a country apart. Even her face, which currently shows the effects of years of unhappiness in politics would not only not require a bag for her and a bag for her unfortunate lover. It would instead glow with the radiance of her complete love and devotion to a husband. Her figure would not be debased by men disgusted, but worthy of admiration for the luck of the man who was married to her.

It’s not that women can’t be leaders or can’t be in politics in general. It’s possible, but that doesn’t make it right. It can work, but most of the time it doesn’t work. When it does work it’s generally because the woman still finds a way to honour the patriarchy whilst being the leader of it. Thatcher was the exception. A woman who naturally had male traits (without wanting to cut her tits off) leading in a system that rewarded beta males. The result was the beta males acted more alpha for a while. The final result was just that eventually they felt alpha enough to replace her and then went back to being beta again.

Men without the leadership of a strong morally convicted man become vulgar, crass and destructive. If you have been offended at my vulgar jokes in this and my previous article, GOOD! Because my debasement of Liz Truss, my “sexism”, my “toxic masculinity” is simply an honest view into the minds of disenfranchised men all over the Western world. When your political process has become vulgar, don’t expect the men of your society to reflect anything different. Vulgar men are the symptom, not the disease. If you are too squeamish to handle men basely objectifying women, it’s because you’re too cowardly to be disgusted at the world’s leaders objectifying your Nation.

As for the other triggers in my previous article, outright racism towards the Niggers and Pakies is the subject of the next article. The third instalment of my trilogy of filth.