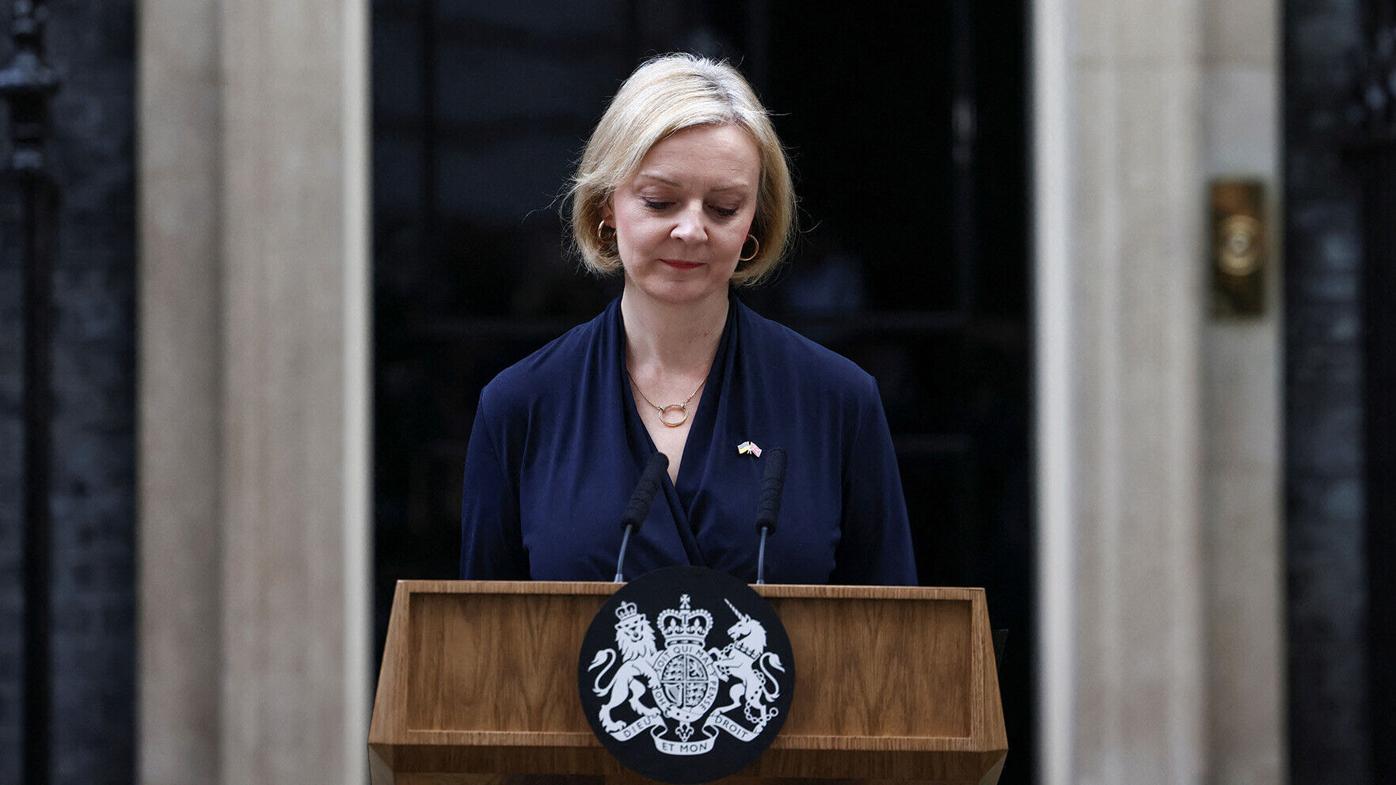 Even though I am trying to avoid writing about current affairs, the forced resignation of the woman who sat in the prime minister’s seat in Great Britain cannot be ignored. Truss holds the record for the shortest tenure as PM in the history of that nation; hopefully the feminists can use that one to their advantage.

Didact has written a perceptive piece about this political mess, and he has this to say regarding her resignation.

Make no mistake about one thing – Truss’s departure was nothing short of a Deep State coup. As manifestly unqualified, stupid, ill-informed, and incompetent as she clearly was, the fact remains that the reason why first Kwarteng and then Truss were YEETED so quickly, is because the Deep State bureaucracy that rules over Whitehall and Westminster, wanted them both gone.

Why? It’s not like either of them were any real threat to the system, after all. Truss and Kwarteng are both committed globalists who believe fervently in this ridiculous “rules-based international order” that the neoclowns and neolibs keep banging on about. They are not merely friendly to the Deep State – they ARE the Deep State.

In my view, the answer lies in the sheer incompetence of the British political class at the moment, which the Deep State increasingly understands to be a severe threat to its own survival.

This is why I refer to Truss’ resignation as being forced. Mind you, based on this premise her entire political career has been forced as it has been enabled by the Deep State operatives pulling the strings. They want people in power who will do what they are told, so an aptitude for competence and original thought would be a black mark against any potential candidate.

As a commenter at Larry Johnson’s website said, our political system rewards politicians for their promises, not for what they actually deliver. But this system only works when the timelines are measured in a couple of years, enough time for the masses to forget or to cease to care about what had been promised to them. When the timeline is measured in weeks this type of charade becomes very difficult to keep afloat. When the nation is in the middle of a severe economic, demographic and diplomatic crisis that is directly impacting the daily lives of ordinary people then the promises become tangible and important.

That’s when governments can be physically ousted, the stuff of revolutions.

The entire rotten structure of the West, the hollowness of its supposed “Rules Based International Order”, is at risk of imploding, not due to the actions of its adversities but rather of its own lapdogs and puppets. The issue for those really in charge is that whomever they slot into one of the available political seats will be just as bad if not worse than what we have already seen.

Which means that this problem cannot be solved in the timescale allowed, and that timescale will soon be measured in days. And all of those nations bound to the same Deep State pig will not emerge from the growing crisis unscathed. We could be about to witness the fall of the West, an eerie repeat of the fate suffered by the Soviet Union in 1991. That event took only six weeks. We can only hope and pray that the Russians will be far kinder to the remains of our hopeless rules based order than we were to the remnants of the Soviet State.