This is one of the most disgusting stories I have ever felt the need to write. 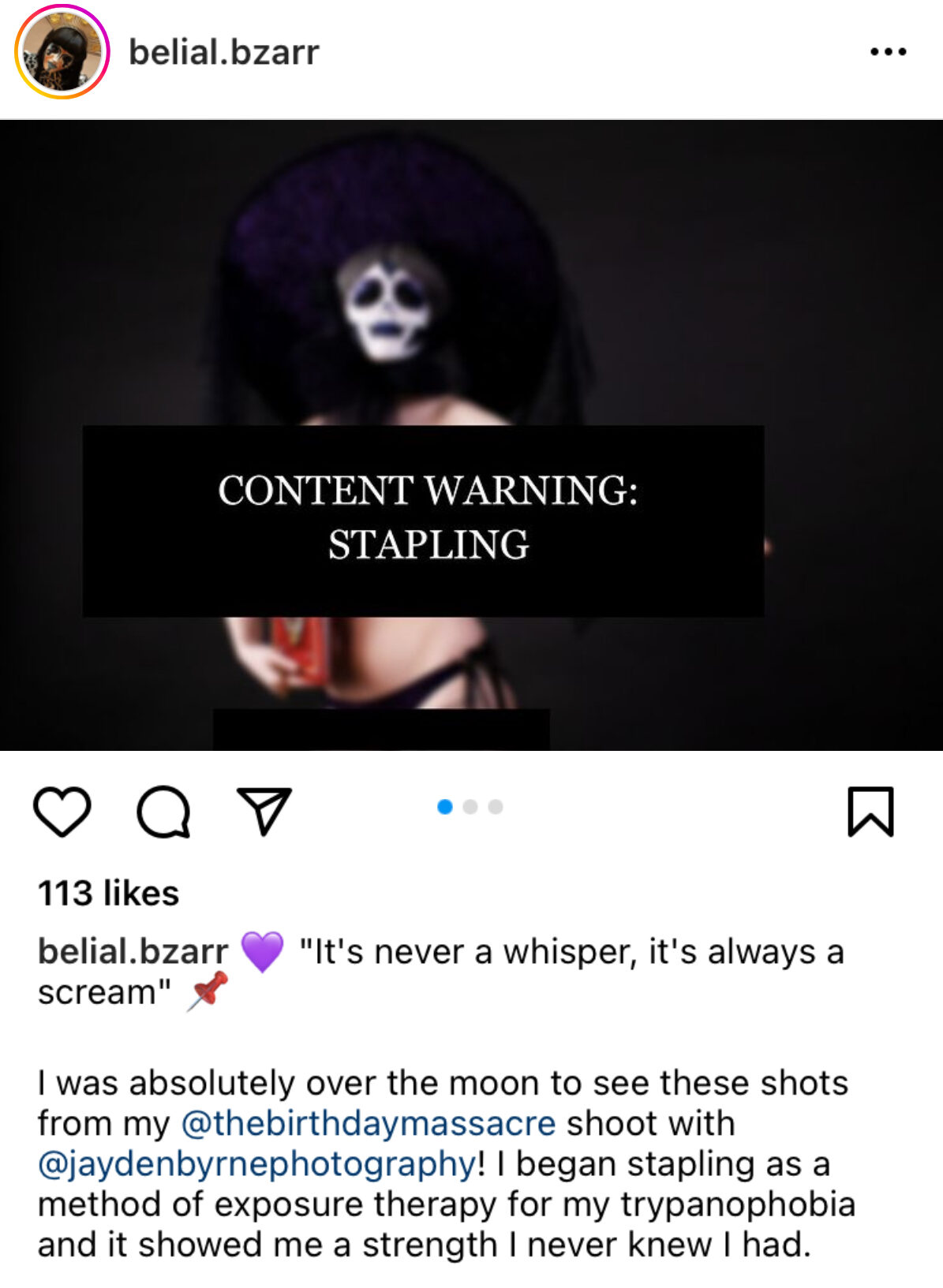 After Thomas Sewell’s men successfully shut down a groomer sex show for children dressed up as a “holiday program”, I calculated that the Lying Press would be too scared to cover it. The optics of criticising the faaaarrrr right for shutting down a sex show for children was just too ludicrous to pull off.

But why bring logic into this? Intriguingly, the author of the attempted Herald Sun hit piece, Brianna Travers, was previously criticised for quoting Jimeone Roberts verbatim, rather than twisting his words and accusing him of extortion like ASIO agent Nick McKenzie. We suspect she was told to write this latest piece if she wanted to keep her job.

I had wanted to spare XYZ readers the details of the groomer in question, Belial Bzarr, however if the Lying Press are going to refer to his sex act as “family oriented” then we’re just going to have to go there.

To start with the word “belial” means “a biblical name of the devil or one of the fiends”. This guy is literally calling himself satan.

He combines this open satanism with black magic and a disgusting “sex” act in which he staples his body. He wears the “sigil of belial” for his “namesake” and the “sigil of lucifer” for “independence, freedom and wisdom”. 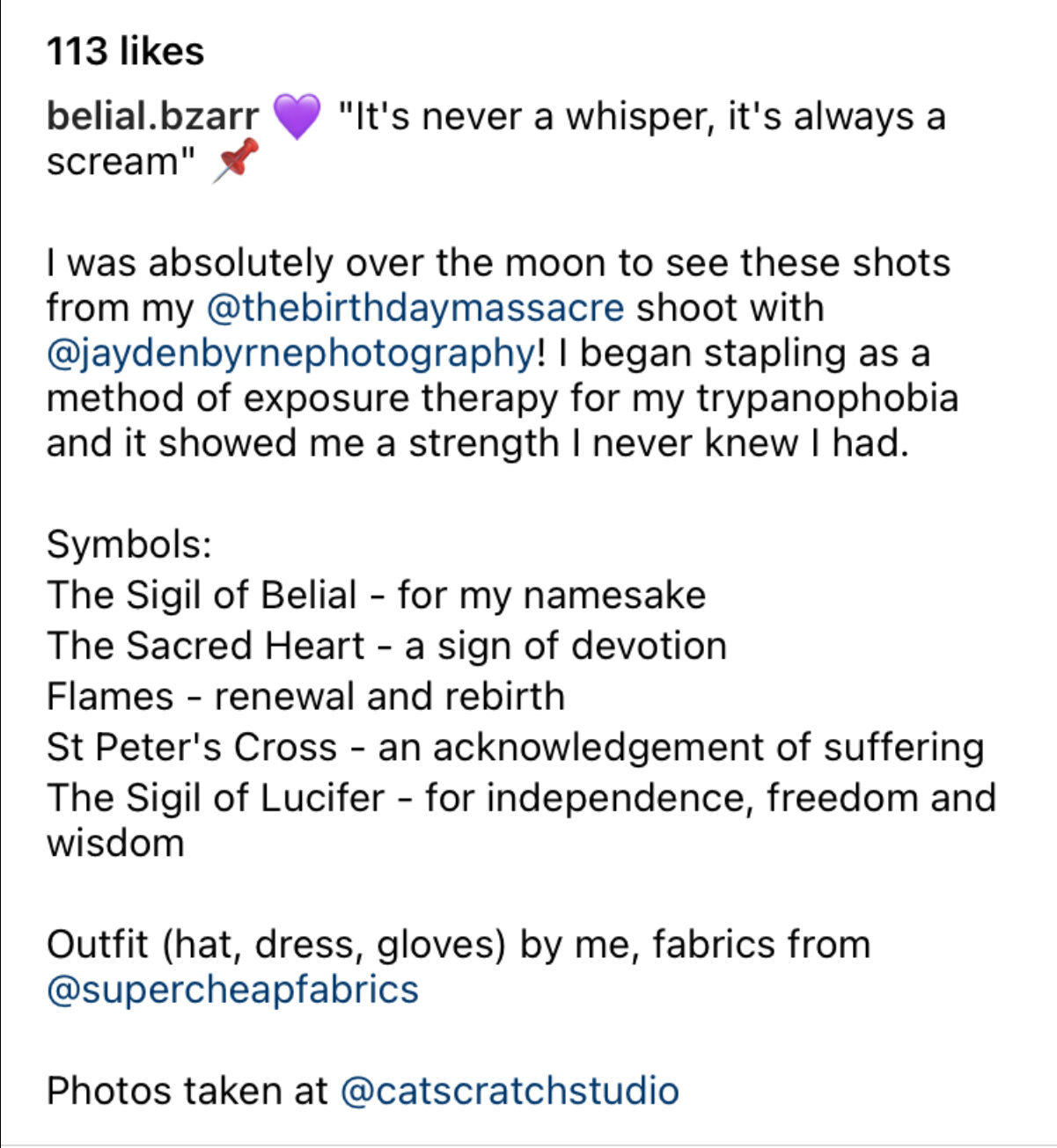 And yes, he literally staples himself. 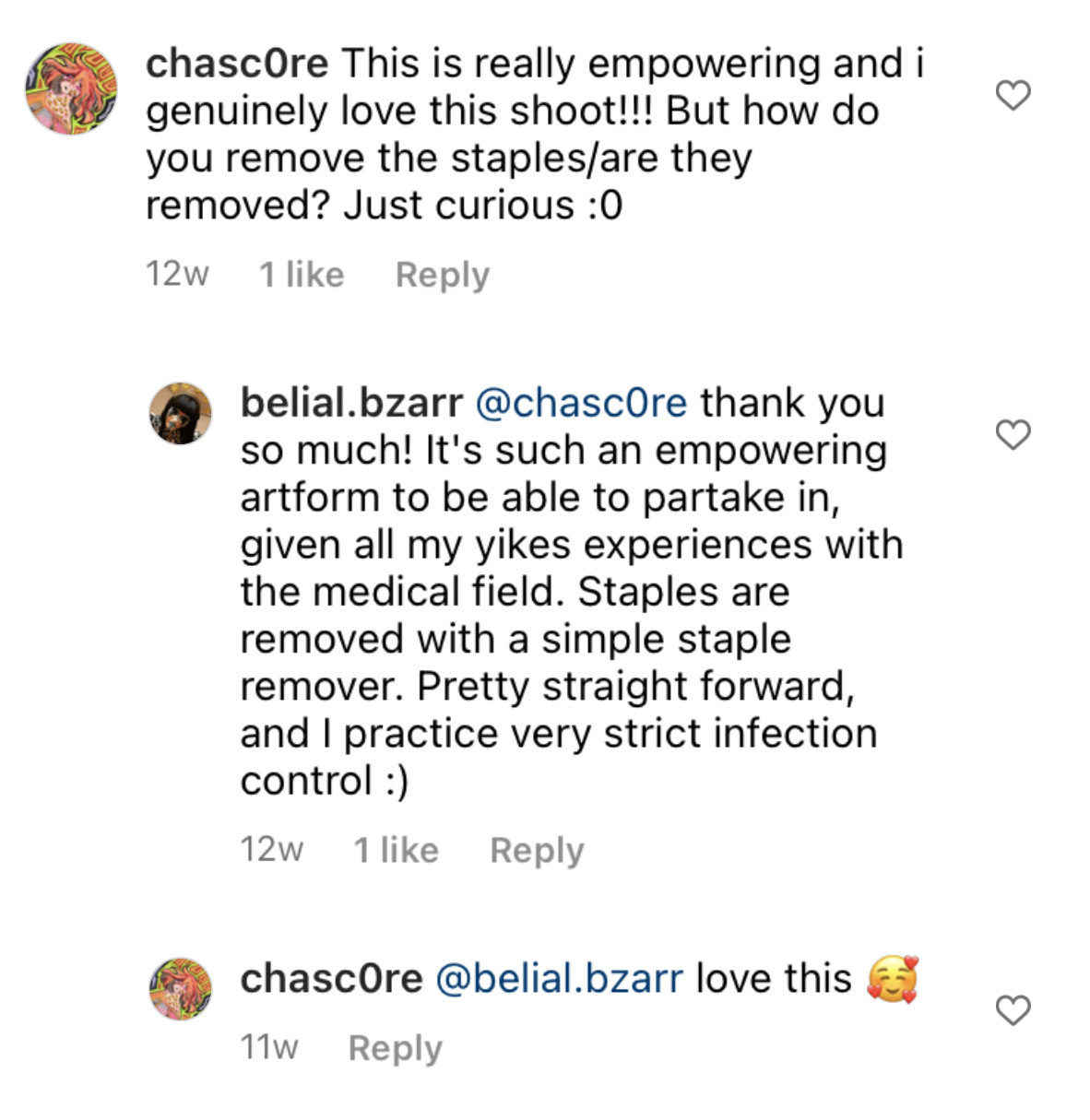 This is beyond gross. He also commits similar self harm dressed up as performance art with pins and needles. 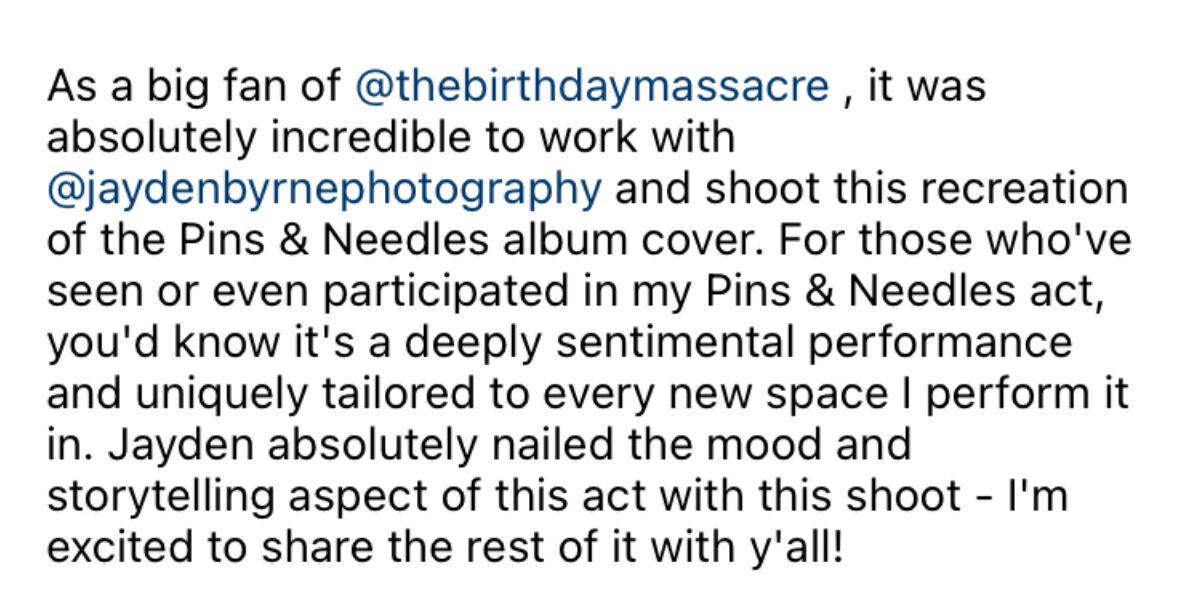 This incredibly unhealthy behaviour is acted out by a man who describes himself as “neurodiverse”, newspeak for “crazy”. 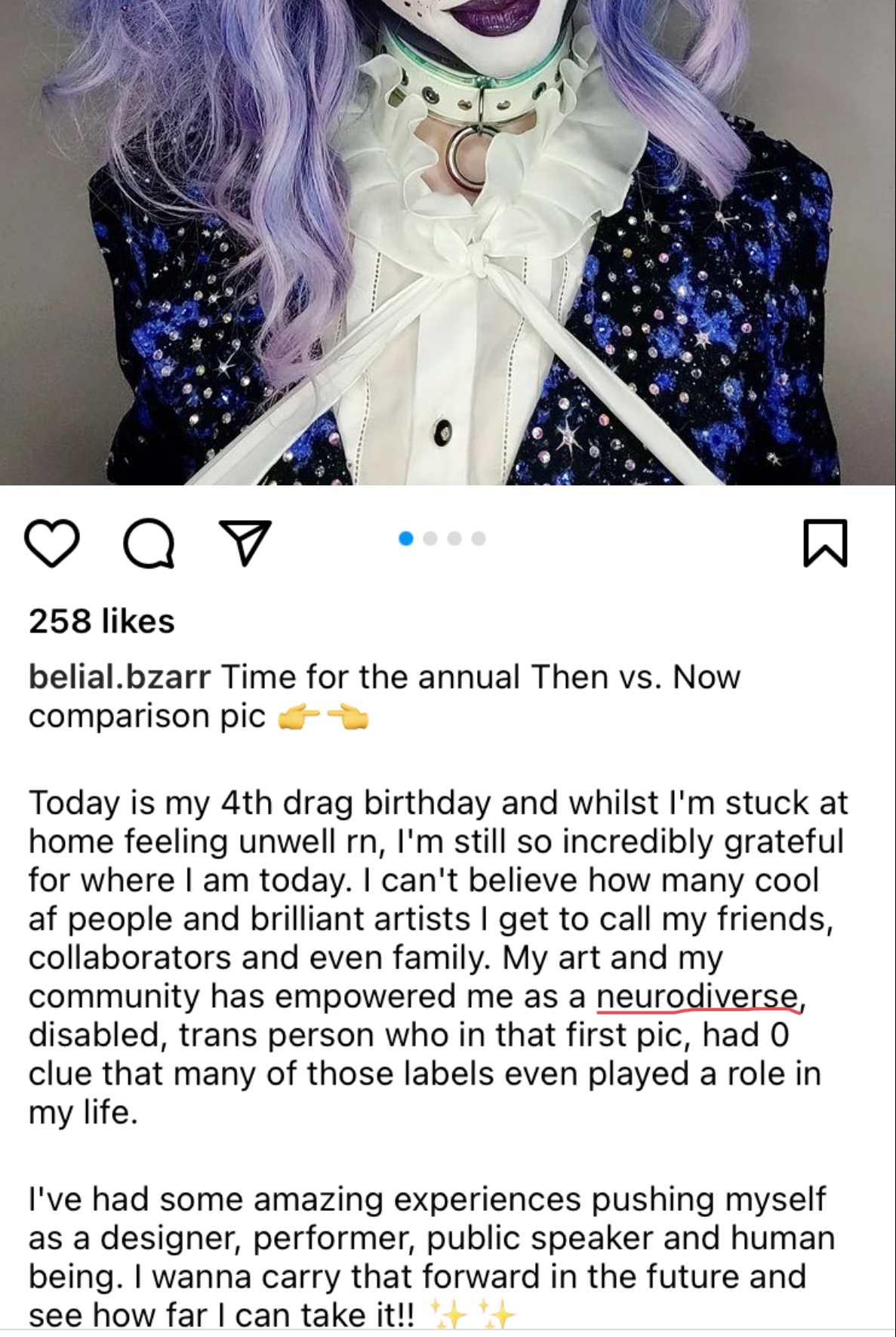 Do you remember that time when you got back late from the strippers with your mates and your wife bailed you up, incensed that you could do something so insensitive, so you calmly and rationally explained to her that you were bringing one of the girls to your kids’ school on Monday to do a family friendly performance to help the children feel more comfortable in their bodies? 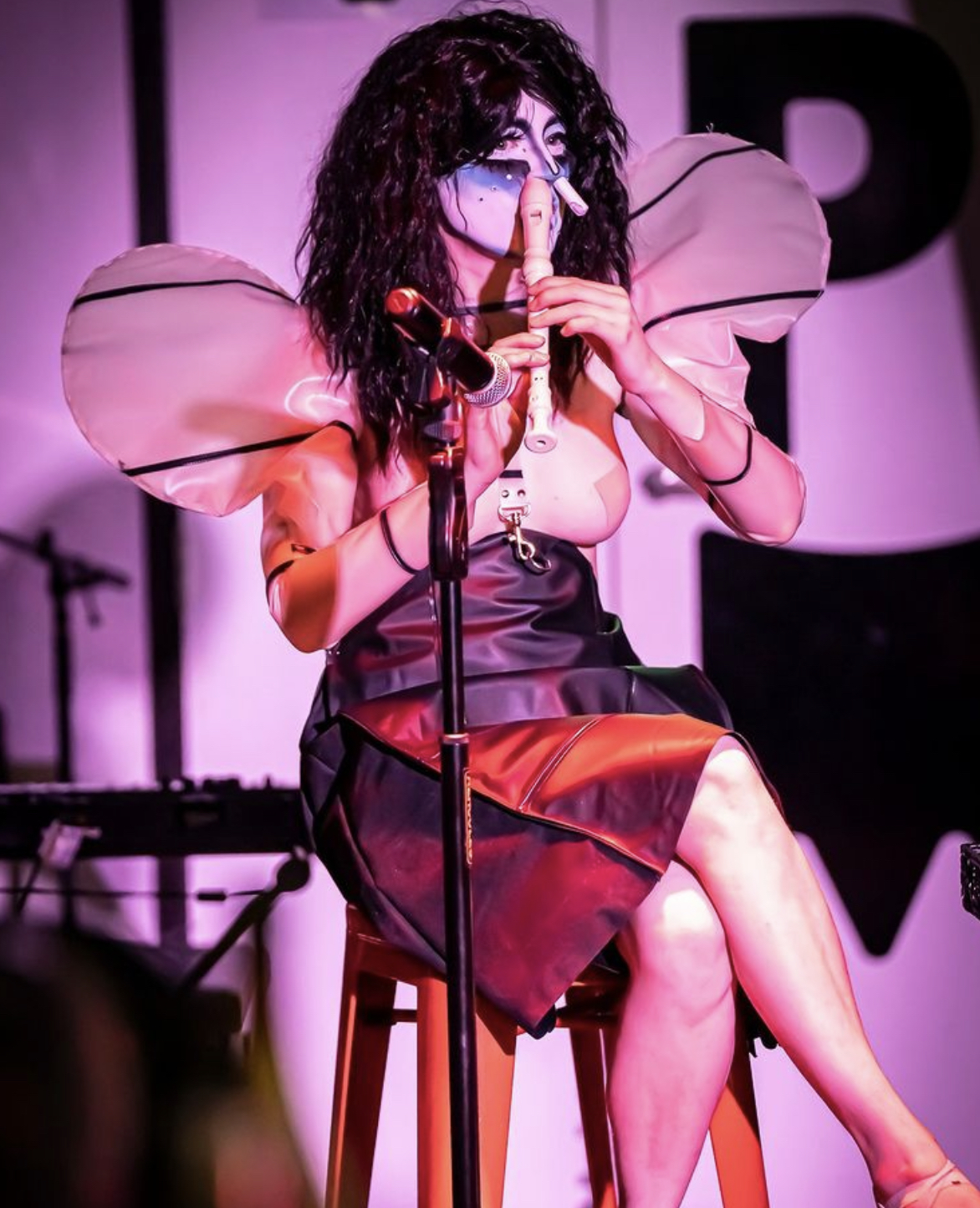 Incredibly, all of these pictures have been lifted from Belial Bzarr’s Instagram page which is open for all to read. Any journalist could have inspected this filth, and an honest human would be forced to ask questions about whether or not it is appropriate for someone of this character to be performing for children.

Consider the hysteria over memes, jokes and coded language used by nationalists across the West to evade the censors. Globohomo understands that we regularly package talking points with humour and entertainment in order to make people comfortable to engage with verboten ideas for the first time. 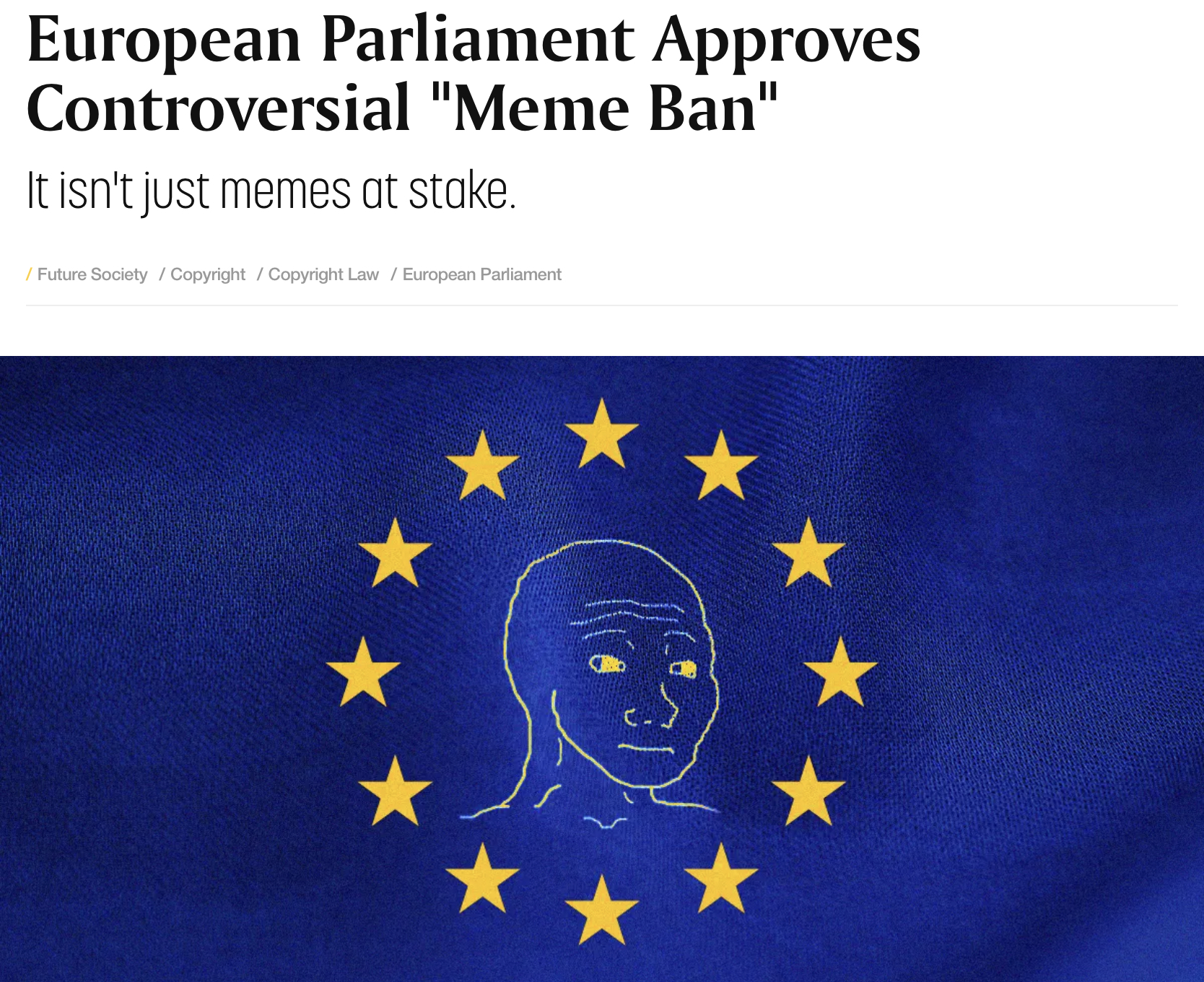 They try to ban our memes precisely because they know they poses a direct challenge to their dominant narrative. Yet they are trying to pretend that an openly satanic fetish sex performer doing a show for kids is simply “family oriented” and nothing more.

The term groomer is 100% entirely appropriate. They are attempting to normalise the vilest of sexual degeneracy to children. Belial Bzarr and the people who booked his performance should be criminally prosecuted.