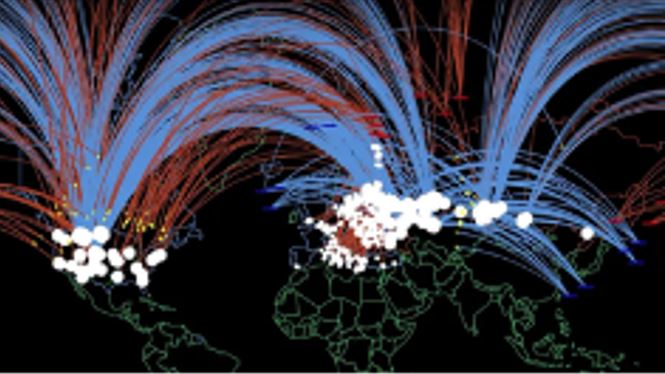 Fears of nuclear war are increasing across the West as Russia mobilizes hundreds of thousands of troops and declares annexation of parts of Ukraine.

Meanwhile, President Volodymyr Zelensky announced that Ukraine is applying for membership in NATO. These two developments could be the most significant escalation since the war’s start.

Today’s developments are a sobering reminder that nuclear war threats are mounting. Retired Virginia State Senator and retired Marine Col. Richard Black addressed members of the US Congress in an open letter on Tuesday about “globalists are marching us relentlessly toward this nuclear Armageddon.”

“There would have been no war had we not overthrown the democratically-elected government of Ukraine by violently ousting President Yanukovych in 2014. We promoted war by flooding Ukraine with massive arms shipments afterwards.”

”The US could have achieved peace by simply pressing Ukraine to implement the 2014 Minsk Peace Agreements which it had signed, establishing a clear framework for settling outstanding issues peacefully. Ukraine promised to implement the Minsk agreements, but chose instead to make war on the Donbass for the next seven years.”

He said NATO could’ve sought peace but chose war instead:

“NATO had ample opportunity for peace but deliberately chose war. The US realized that, with Russia’s back to the wall, it would have no choice to but to attack. In 2007, US Ambassador to Russia William Burns pointedly warned that movement toward absorbing Ukraine into NATO might well trigger war between Ukraine and Russia. Nonetheless, the Obama administration overthrew the Ukrainian president and flooded in weapons, knowing that doing so would trigger war.”

Black said billionaire elites who have an interest in the region are making “war profits even if it means gambling the lives of hundreds of millions of people across the globe”:

“Should we annihilate the world’s population to intervene in a border war where the US has no vital national interest?”

Black called for an immediate end to this war by making Ukraine a neutral, non-aligned state, “just as we did during the Cold War with Austria in 1955.”

But it appears the former senator’s plea to avoid further conflict went unheard after Zelensky’s declared intent to apply for expedited NATO membership as President Putin proclaimed the annexation of 15% of Ukraine.

Based on Article 5, any acceptance of Ukraine into NATO would automatically trigger a Russia-West world war (WWIII).

In a speech Friday, Putin said the US created a “precedent” by using nuclear weapons against Japan during WW2.

Last week, Navy Admiral Charles A. Richard – currently serving as the US Strategic Command chief — warned that “possible direct armed conflict with a nuclear-capable peer” could be ahead.