Perhaps we don’t need to nuke Melbourne after all. 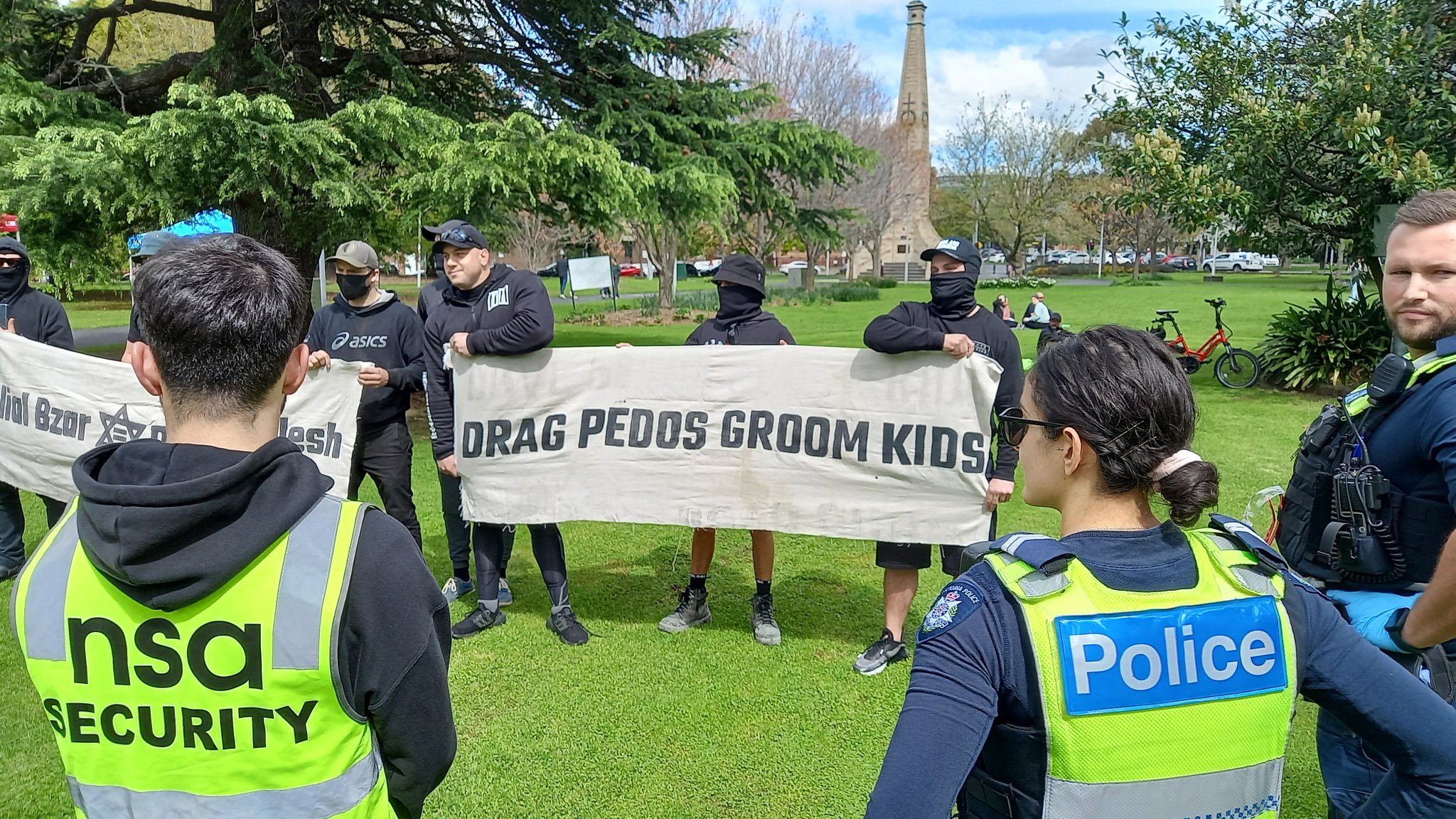 Today a group of White Australian activists led by Thomas Sewell shut down a literal satanic drag show grooming event, arranged under the pretext of being a “school holiday event” in Moonee Ponds in Melbourne’s inner north. 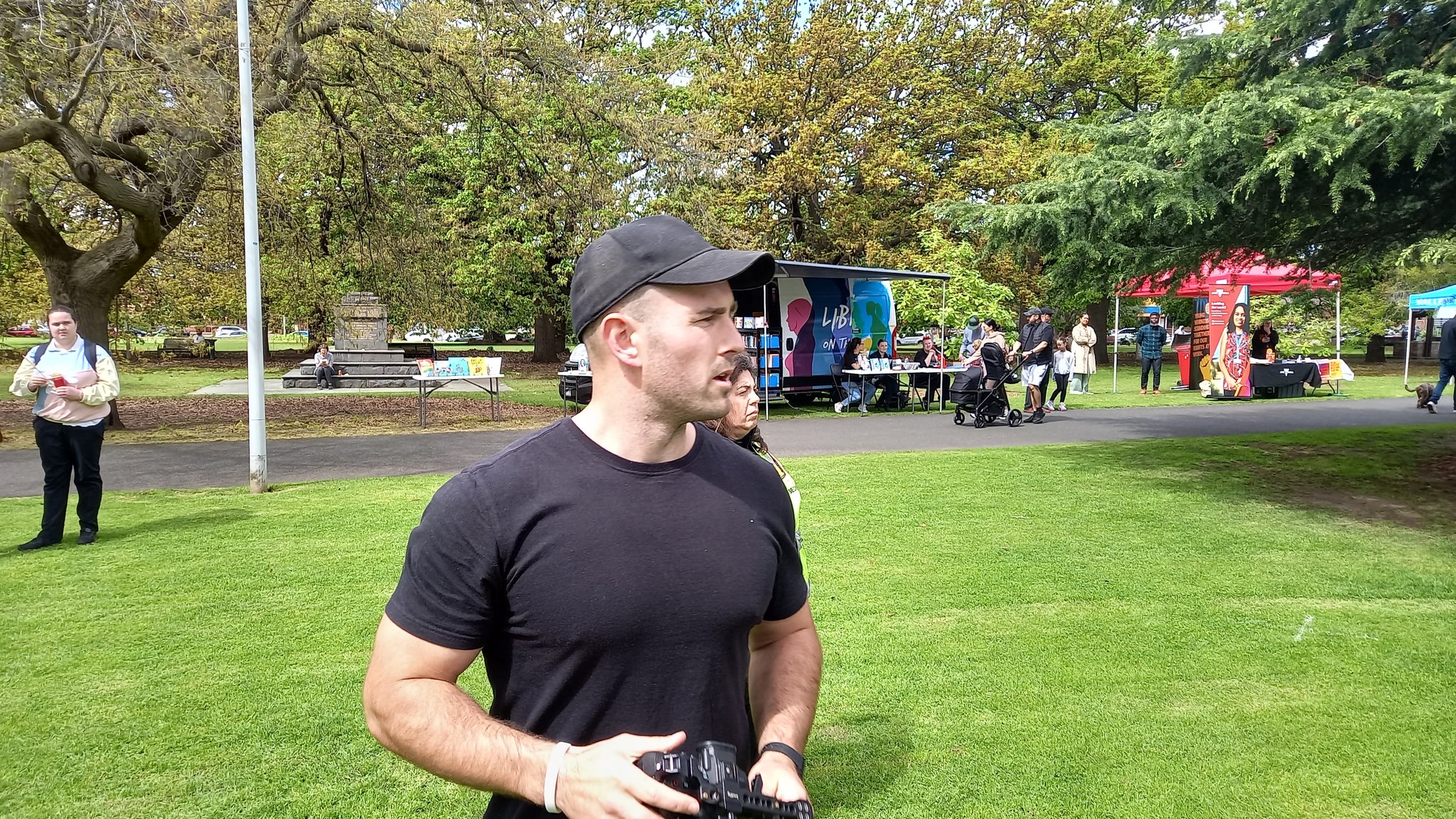 They brandished banners and wisely protected their identity with face masks, as Antifa terrorists regularly attempt to get normal people who publicly oppose satanism sacked. 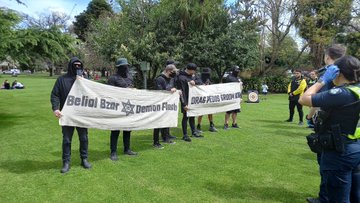 On Telegram, Sewell has pointed out just how disgusting the groomer show they protested against was:

Drag Queen Freak Satanist that tried to perform in front of children today. During their sex shows they do “stapling”.

Belial Bzar translates from Hebrew into Demon Flesh or Devil Flesh. A devil in flesh form. As I keep saying to everyone, we are fighting a spiritual battle, and God makes our enemies very clear.

Today we had a great Victory over a jewish demon and the traitors that serve it.

Antifa terrorists turned up in response, however swift action from Victoria Police prevented the Marxist/Anarchist group from committing violence.

It is important to note the appropriateness of displaying the star of remphan in the protest banners, as the satanic performer in question is jewish.

Reaction on social media has been mixed, with many people relieved that opposition is mounting to the grooming of children. Disturbingly however, many on the far left appear happy to openly promote satanism and pedophilia.