This is a victory for ordinary Australians against globohomo:

Melbourne’s Shrine of Remembrance has cancelled plans to illuminate the site in rainbow colours, citing “sustained abuse” and threats directed at its staff.

The rainbow plan for Sunday night was set to coincide with the opening of a new exhibition inside the Shrine, called Defending with Pride: Stories of LGBTQ+ Service.

It is an exhibition that charts the history of lesbian, gay, bisexual, transgender and queer people in Australia’s armed forces.

The exhibition and a Last Post service are still going ahead from Sunday, however, Shrine of Remembrance chief executive Dean Lee confirmed the rainbow lighting would not.

“Over several days, our staff have received — and been subject to — sustained abuse and, in some cases, threats,” he said in a statement.

“We have seen something of what members of the LGBTIQ+ community experience every day. It is hateful.”

Bullshit, I’ll tell you what happened. Several people expressed their displeasure in a forthright manner and snowflakes were triggered. These people are programmed to react to any hint that their doublethink is about to be exposed with the response that you are being “homophobic” or “transphobic”.

Some social media activity had suggested there could be a protest against the lights taking place on Sunday afternoon.

Shooting kids in the back with rubber bullets to save grandma was disgraceful:

Imagine the optics of shooting patriotic Aussies with rubber bullets on behalf of reprobates who rape kids.

.@dallasschools has the graphic book ‘Flamer’ available in two of their MIDDLE schools. The book contains sexually explicit and pornographic content. This is available to 12-year-olds. https://t.co/GqhYmHizol pic.twitter.com/zHkcOdgP8q

The puppet masters know the limits.

The move to light up the Shrine attracted some backlash from conservative commentators, who expressed concern at the “politicisation” of the site.

This was great to see: 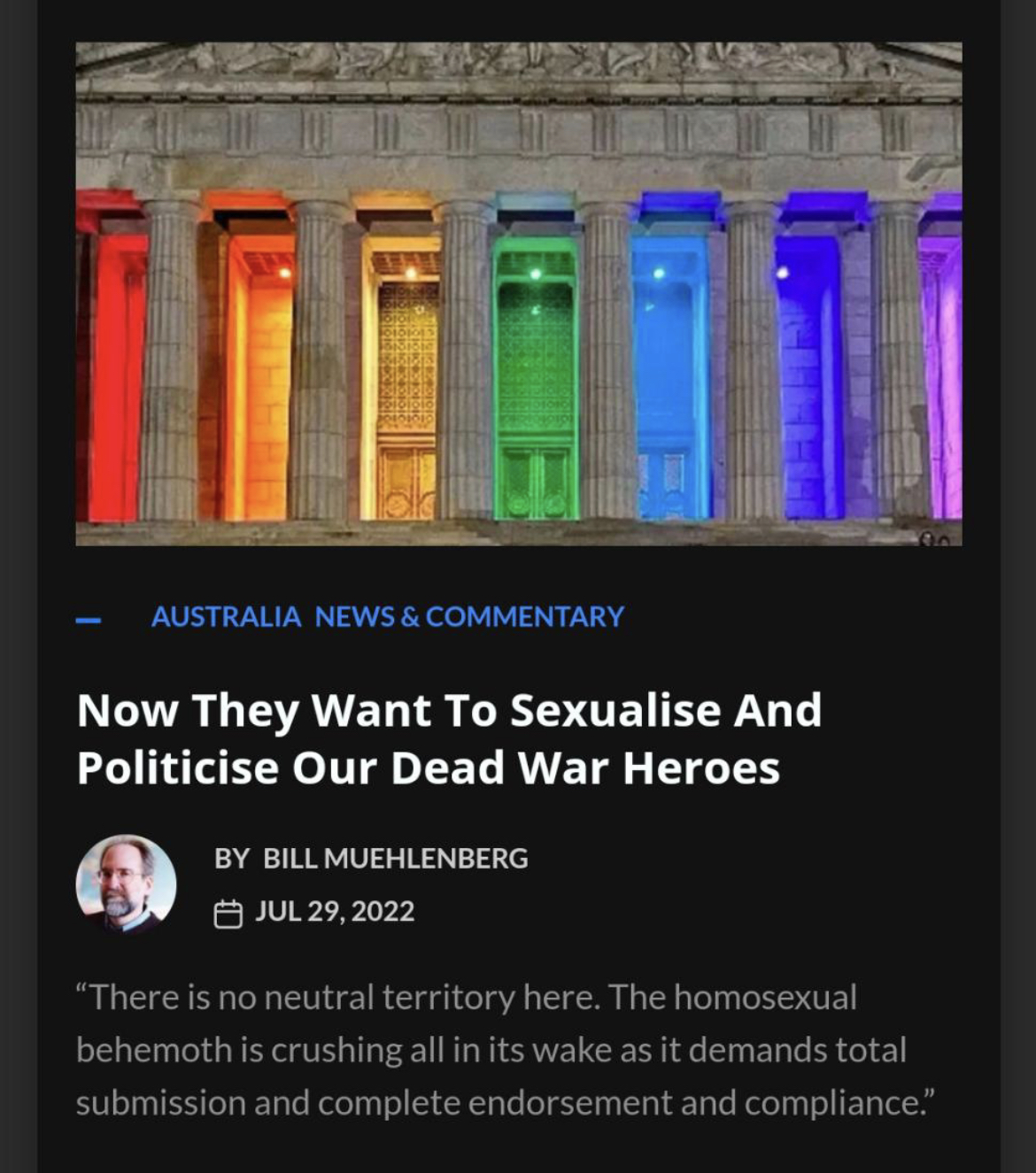 When the boomers get angry, globohomo shudders: 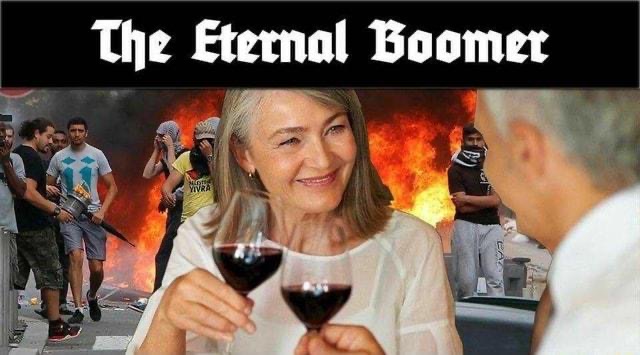 Note the quotes in the Lying Press article around the word politicisation, implying that raping the dead corpses of our fallen heroes is not politicisation. Never forget what Roz Ward Facebooked when the Victorian parliament flew the groombow:

“Now we just need to get rid of the racist Australian flag on top of the state parliament and get a red one up there and my work is done.”

The rainbow flag is absolutely, 100% totally the political flag of militant faggotry. The plan to light up the Shrine with the groombow was a direct assault on our White, Aussie, patriarchal Christian heritage.

Back to today’s retreat, look what they admitted several paragraphs down:

Some veterans were also opposed to the move.

And there’s the clincher. They pumped up the word “hateful” in the headline: 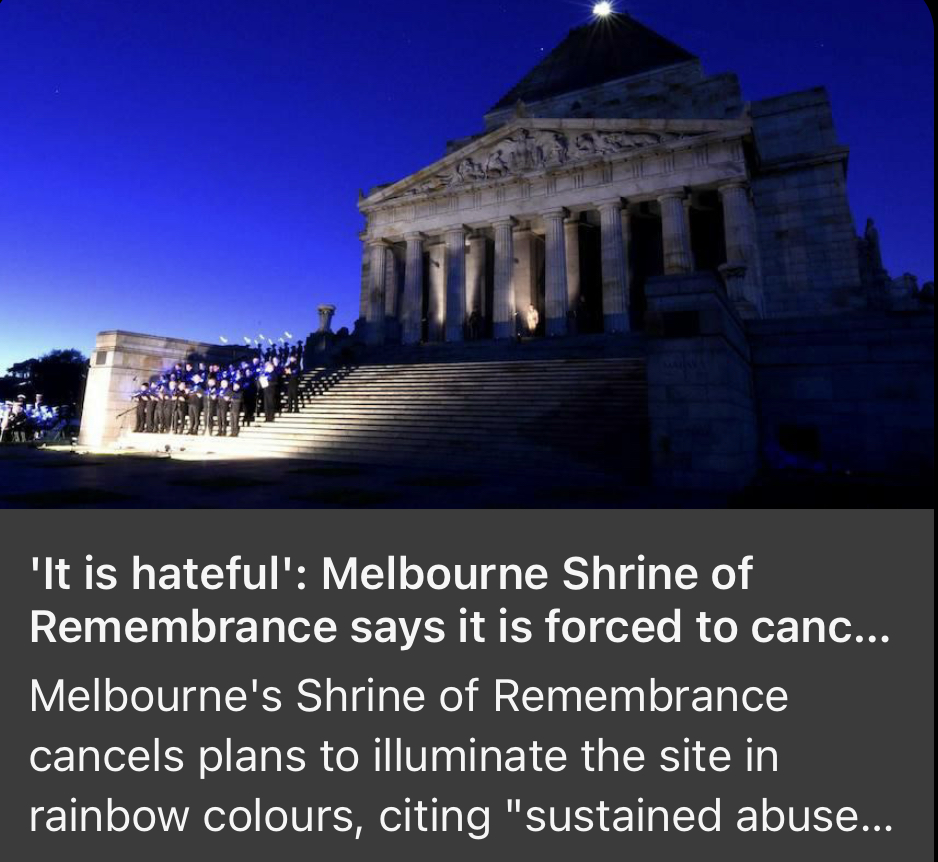 However they tried to bury the fact, well into the article, that veterans were livid. You don’t mess with Anzacs.

Ultimately this is a victory for all of us. There was no mention of any Liberal or National MP’s sticking up for Christian values. This means that with precisely zero representation from our elected officials, the combined efforts of veterans, writers and ordinary people posting in the comments section, as well as activists prepared to put their bodies on the line at the Shrine, were able to stop this.

Ordinary Aussies forced our governments to end Covid Tyranny because enough of us marched in the street and refused to take the jab. We were able to stop this desecration of Melbourne’s Shrine of Remembrance because enough people were prepared to say something considered “intolerant” on the internet.

These people hate us, they want us dead and they want to rape our children. If they could, they would round us up, put us in camps and leave us to starve, just like they did during the Holodomor,