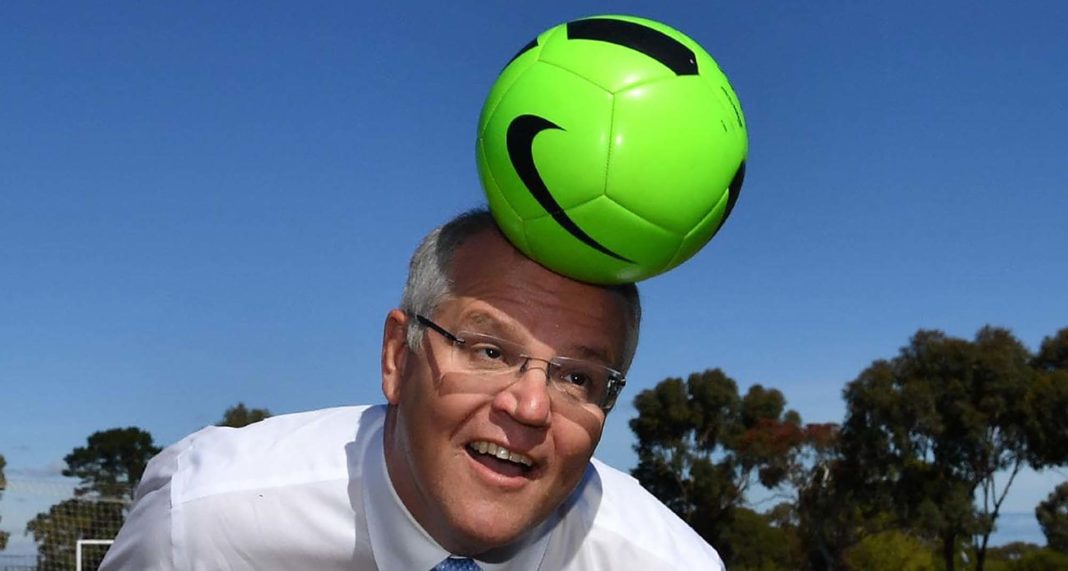 Twice when in office the Australian Labor Party has split over policy, first during the First World War and then again in 1932. In both cases they formed the Government and the Prime Minister left and joined the “Anti-Labor Party” and gained their support to remain Prime Minister. What’s important isn’t so much what you believe or what you do or have done, what’s truly important is that you oppose the policies of the Australian Labor Party.

The current Liberal Party of Australia was formed in 1945 but is often said to have begun when the former Prime Minister Sir Robert Menzies gave a radio speech known as “The Forgotten People” in 1942. Whereby he said the forgotten people of Australia were the unorganised middle class and those of a thrifty nature who worked and saved for the future. He pointed out, quite accurately I believe, that the future of the nation is built upon the thrifty, for without them there is no savings or enterprise. The speech is very interesting for in it can be seen the twin ideas that unite Australian Conservatism and Right-Liberalism. It moves between the two without seeing any contradiction; of course there are contradictions and it is a tension that has always existed within the Liberal Party of Australia.

The speech can be read here and when I read it I thought how well an American politican would do if he rewrote it for a modern American audience.

In 1949 the Liberal Party of Australia won office and they stayed in office for 23 continuous years. They came close to losing office, retaining Government by one seat in one election. In 1972 they lost office by one seat, very close but that’s the dividing line between Government and Opposition. From 1949-1966 the Prime Minister was Sir Robert Menzies, making him Australia’s longest serving Prime Minister. In many ways the party has been very successful but it has always depended upon how Liberal and how Conservative they are.

In 1975 they won office in a landslide after a Constitutional crisis and a very bad and unpopular Labor Government. The new Prime Minister, Malcolm Fraser was very Liberal and very unpopular. His Government lasted for 7 years and is a classic case of a disorganised Opposition allowing an unpopular Government to remain in office. In 1992 the Liberal Party returned the favour.

Paul Keating was Labor Prime Minister and a very unpopular man he was too, a rare political creature as he was both a Social Liberal and an Economic Liberal, normally the two are quite distinct. But he pushed multiculturalism, mass immigration, republicanism and a rejection of much of traditional Australia but at the same time he pushed free trade and deregulation. His policies were a direct attack on the working class and they resented both him and his Government. But they didn’t vote him out of office because the leader of the Liberal Party of Australia basically said, everything you hated about Labor I’ll give you more of, vote for me!”.

When the Liberal party is too Liberal the electorate don’t like it. To prove this point, in 1996 John Howard became Prime Minister and he remained in office until 2007. He did many controversial things, but he remained popular because he used Liberalism as a weapon and once the battle was over he put the weapon away. He fought and defeated the powerful Maritime Workers Union, but didn’t use that to attack other Unions. He banned many firearms after the Port Arthur massacre, but he made sure the Government paid the market value for the weapons. He lost office and much of his popularity because of a piece of Legislation that he considered his greatest gift to Australia, work choices.

Work choices was pure Economic Liberalism, a labour market in which all employment was by contract between worker and their employer directly. No unions, no mass contracts, no industry awards, everything is between the individual and the employer. Many pointed out that in a lot of cases that would be a very unfair relationship, as it gave too much power to the employer. In theory the relationship is equal but of course that’s the theory not the reality. It also was a rejection of a century of Australian labour relations law. Customs, conventions and traditions that had been built up over that century were being abandoned and it didn’t sit well with most Australians.

The Prime Minister was surprised by this because he had managed to get the people on his side before and he thought he would do it again. But he failed to realise that he had broken faith with the Australian people. He had presented himself as a Conservative who was once in a while Liberal, but here he was saying that the man we saw and believed in wasn’t real. Who was this man? Was he a Conservative or a Liberal? If we couldn’t even work that out how could we trust him? The Australian people decided they couldn’t trust him and he lost office.

A recurring theme in the Liberal Party of Australia is this tension between its Conservative and its Liberal heart. When it is Liberal it can be as destructive as the worst of the Australian Labor Party, but when it is Conservative it doesn’t get rid of the policies that would really turn the tide against Liberalism. It is fighting against itself and it cannot win that fight. The tensions within the party remind me of that line about being a little bit pregnant. The Conservative side says it doesn’t want to be pregnant, the Liberal side says it does want to be pregnant so they compromise and at the moment they are only a little bit pregnant……..of course that makes them pregnant and is no compromise at all!

Last month a new Liberal Government came to office, it still remains to be seen if this Government will be more Conservative or more Liberal. But if it goes ahead with the idea of a Free Trade Agreement with China I believe that will be this Government’s work choices. It looks at this point like it will continue the bi-polar nature of the Liberal Party of Australia. It could remain in Government a very long time if it fulfills four functions: One it is economically competent, two it be financially Conservative, thirdly it be socially conservative and fourthly it put Australia’s interests before ideology. If it fails in any of these areas it will be rewarded with the Opposition benches.

Originally published, quite prophetically, on 16 October 2013 at Upon Hope. You can find Mark’s Subscribestar here.