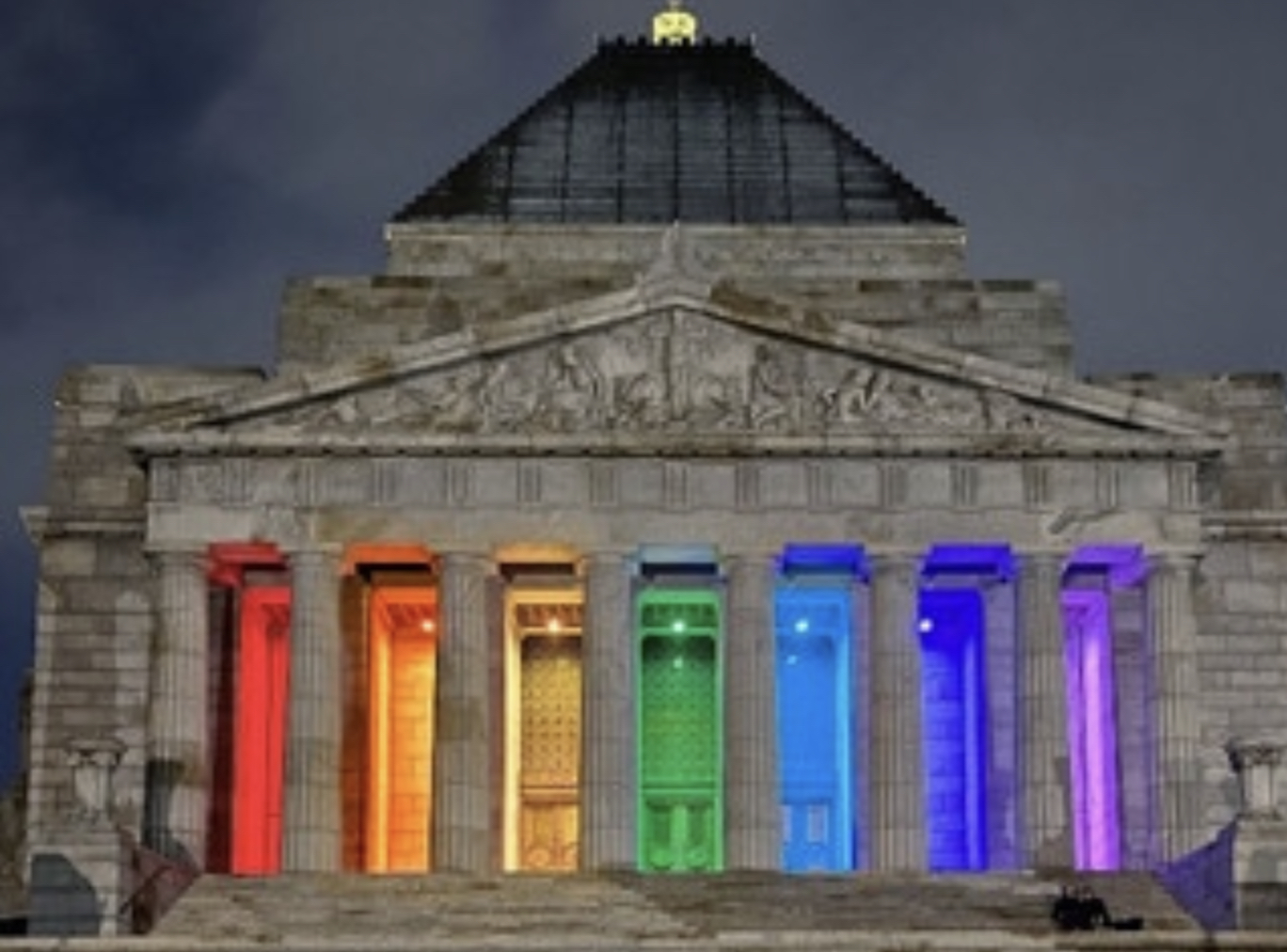 Our Anzacs fought and died so that reprobates could rape their grandchildren:

Melbourne’s Shrine of Remembrance will be bathed in rainbow colours this Sunday, as part of an immersive exhibition focusing on LGBTQ+ people in the defence force.

The Shrine’s colonnades will be illuminated with an LGBTQ+ flag design, marking the opening of the “Defending With Pride” year.

The year-long exhibition will feature the stories and history of LGBTQ+ people who have served in the ADF, including material from the Australian Queer Archives.
Shrine CEO, Dean Lee, says he doesn’t believe the bold statement is divisive.

“The ADF has recognised gay, lesbian and bisexual members since 1992 – so we’re talking 30 years of recognition within the ADF – so I don’t know if it’s that divisive within the defence community,” said Mr Lee.

“But, I recognise that some members of our society will query why these things are happening.”

Neil Mitchell, broadcaster for Melbourne radio station 3AW, is one of those voices querying why the lighting is necessary – saying the rainbow flag can be “divisive”.

“Have a look at the division around sportsmen not wanting to wear the gay pride colours … the Shrine should be above politics and political debate,” said Mitchell.

The exhibition will commence with a Last Post Service this weekend.

This filth compounds the defilement of Melbourne’s Shrine of Remembrance in recent years by the Andrews government. Several years ago the Premier claimed in a Dawn Service speech that the Anzacs fought for diversity and tolerance. Last year, his goons used rubber bullets against freedom activists who sought sanctuary at the Shrine:

Conservative commentators have again missed the mark by describing the “exhibition” as “divisive”. Sure they want to divide us but ultimately they want to exterminate Anglo Australia.

Removing us physically is not enough. In draping the Shrine to our fallen ancestors in perversity they are deliberately shitting over our history, our culture and our blood ties to our family members who founded and defended this nation.

This is spiritual warfare of the most brutal nature.