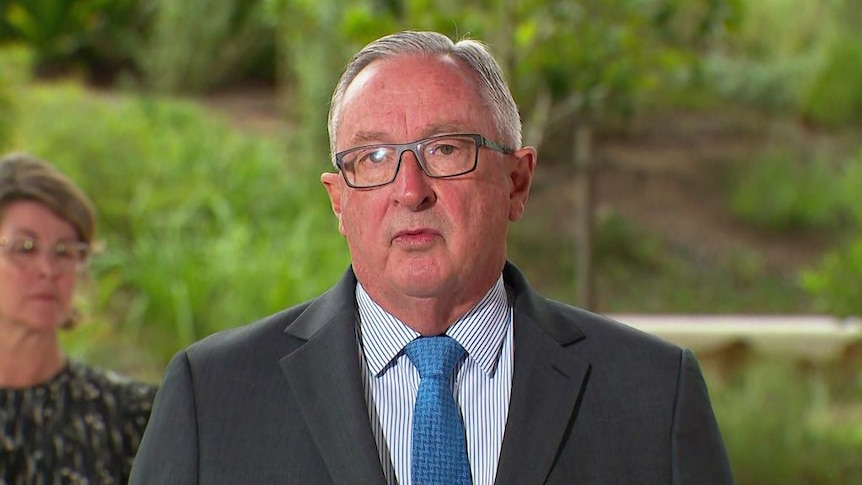 On Monday XYZ News reported that the Queensland Health Minister, Yvette D’Ath, stated that 100% of reported deaths with Covid were vaccinated:

Wow, so they admit they had the vax. https://t.co/zw15VHDRvs

Chan seems to think this is a good ad for boosters pic.twitter.com/xAjcRBUPbL

Bizarrely, rather than using these figures to question the efficacy and safety of the vaccines, both health commissars pushed for more vaccination.

We then posited that this high proportion of deaths with Covid being vaccinated has likely been consistent throughout 2021 and 2022 since the vaccines were “rolled out”, given the consistently slippery language health commissars use in their announcements.

Incredibly, NSW Health Minister Brad Hazzard tried to maintain the lie that we are in a pandemic of the unvaccinated in exactly the same press onference in which Chant stated the 33/36 figure:

NSW These clips are BOTH from today..They can’t even follow the same narrative…Listen as Brad Hazzard says the ICU Is full of UNWAXXED….Yet Kerry Chant says 33 of 36 deaths were Fully WAXXED… pic.twitter.com/DSAJi1kk6m

He may be attempting to be slippery with his language, as is his wont, by referring to “individual hospitals” rather than the entire health system, but the intent is clear – to misrepresent a pandemic of the vaccinated as a pandemic of the unvaccinated. ICU’s are generally what they put you on before you die “with Covid.” If the 33/36 figure courtesy of Dr Chant is accurate, Hazzard’s claim is impossible.

Also, I’m not saying that the Queensland and NSW governments are deliberately trolling us by picking Health Ministers with the surnames D’Ath and Hazzard during a fake pandemic used as a pretext to mass inject Western populations with what we are told is the antidote but which is actually poison.

But come on. What are the odds?

Good to see someone is trolling old Hazzard back:

So you think it’s juvenile? Tell that to the war crimes tribunal.