As many as eight people have died at a rap concert in Houston, Texas in America. The Lying Press is insisting it was because of the crush, or the mosh, or a stampede. 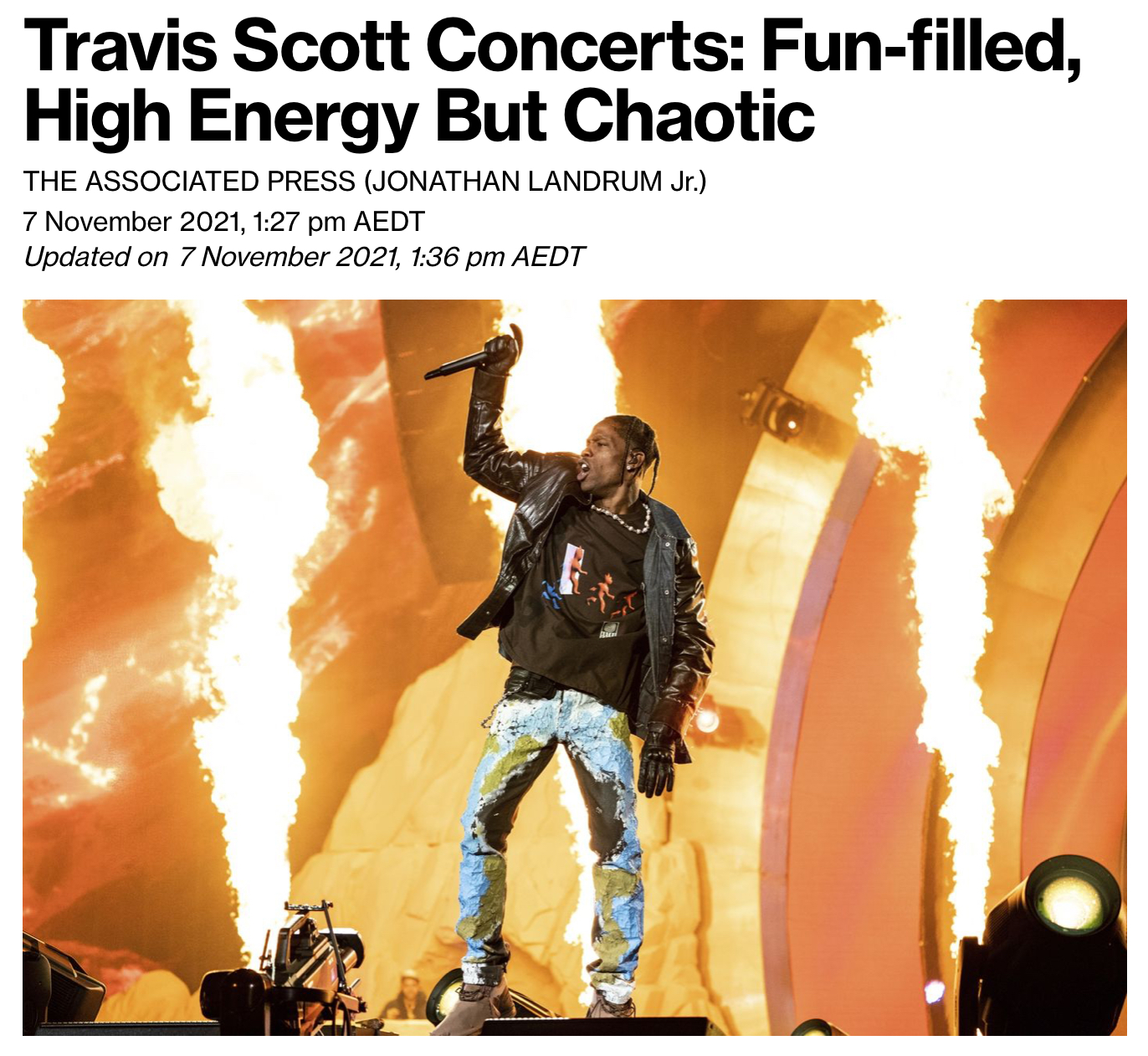 The Travis Scott Astroworld event mandated proof of either vaccination or a negative Covid test, so it is probable that many of the attendees were “vaccinated”.

Multiple videos from the concert show young people on the ground receiving CPR, appearing to have had seizures or heart attacks, and being carried out by security.

Multiple people receiving CPR on piles of trash at #travisscottconcert. The #vaccine did this. pic.twitter.com/17KAJYmtjI

Young man has heart attack at Travis Scott Astroworld concert. This is not from a crush. This is from a #vaccine. pic.twitter.com/7WZ42GEh99

Young man having a seizure or a heart attack caused by the #vaccine at the #travisscottconcert carried out by security, pic.twitter.com/S6DEyRkKh4

The media is claiming this occurred because people were caught in a stampede or the crush. But the stampede happened earlier.

Earlier in the day at the #travisscottconcert kids broke through VIP fencing. It had nothing to do with the multiple heart attacks/seizures later in the evening.

The deaths were caused by the #vaccine. pic.twitter.com/nJShmCwJwM

The most disturbing footage is of a girl who made her way up onto the stage in an attempt to stop the concert. She pleaded with a cameraman to point his camera at the dead bodies.

Girl tries to stop the #travisscottconcert. She gets up on stage and tells the cameraman to point his camera at the dead bodies.

They were killed by the #vaccine not the mosh. pic.twitter.com/avx59Zzomz

It is entirely possible that these deaths were caused by the vaccine. The Five8 Take on Telegram, from whom I have stolen these videos, shares this view:

Do not believe MSM narrative EVER. They will have you believe that it was just people being crushed in a Mosh cause Travis Scott concerts are “Riots” and people always get trampled. This is incorrect. Does this kid look like he is being crushed in a mosh? He is having a Cardiac Arrest and there are plenty of these types of videos of people not in the middle of the mosh and just dropping dead. As I posted yesterday, as soon as it happened I said multiple people are dropping dead at the same time and That’s what happened. This isn’t normal of a mosh crush. The Woodstock rage events and crowd size put Travis Scott to shame. Never did this occur. This is sickening.

Prayers go out to the families of these poor kids who had so much life to live.

As I said, i didn’t want to post these videos but narrative needs to be put straight. Both occurred but keep an eye on the deception. This is my last post on this.

Data, backed up by testimony from healthcare professionals, indicates excess deaths are occurring amongst young people who have received a Covid “vaccine”.

News reports are flowing in from all over the world of perfectly healthy people becoming seriously sick, or dying after a “brief illnesses”. In particular, young people are having heart attacks, blood clots and cases of myocarditis.

The chances are, according to the law of probability, otherwise known as the law of very big numbers, that several of them could drop dead all at once.