You know that bit in I Am Legend where Will Smith sees the zombies all facing the wall in the dark then he tries to get his dog but the zombies notice him and chase him but it’s in New York City and it’s all just a movie?

Well, an independent journalist had that happen to him yesterday but it was Victoria Police: 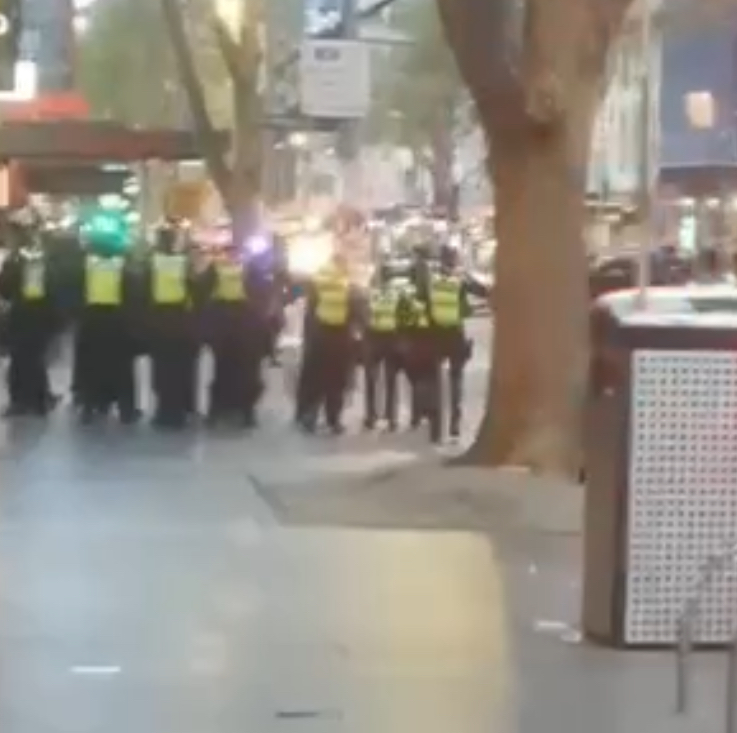 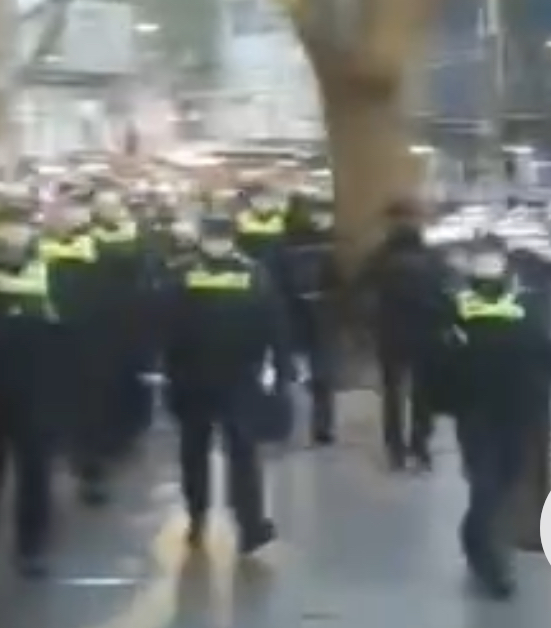 And it was for real: 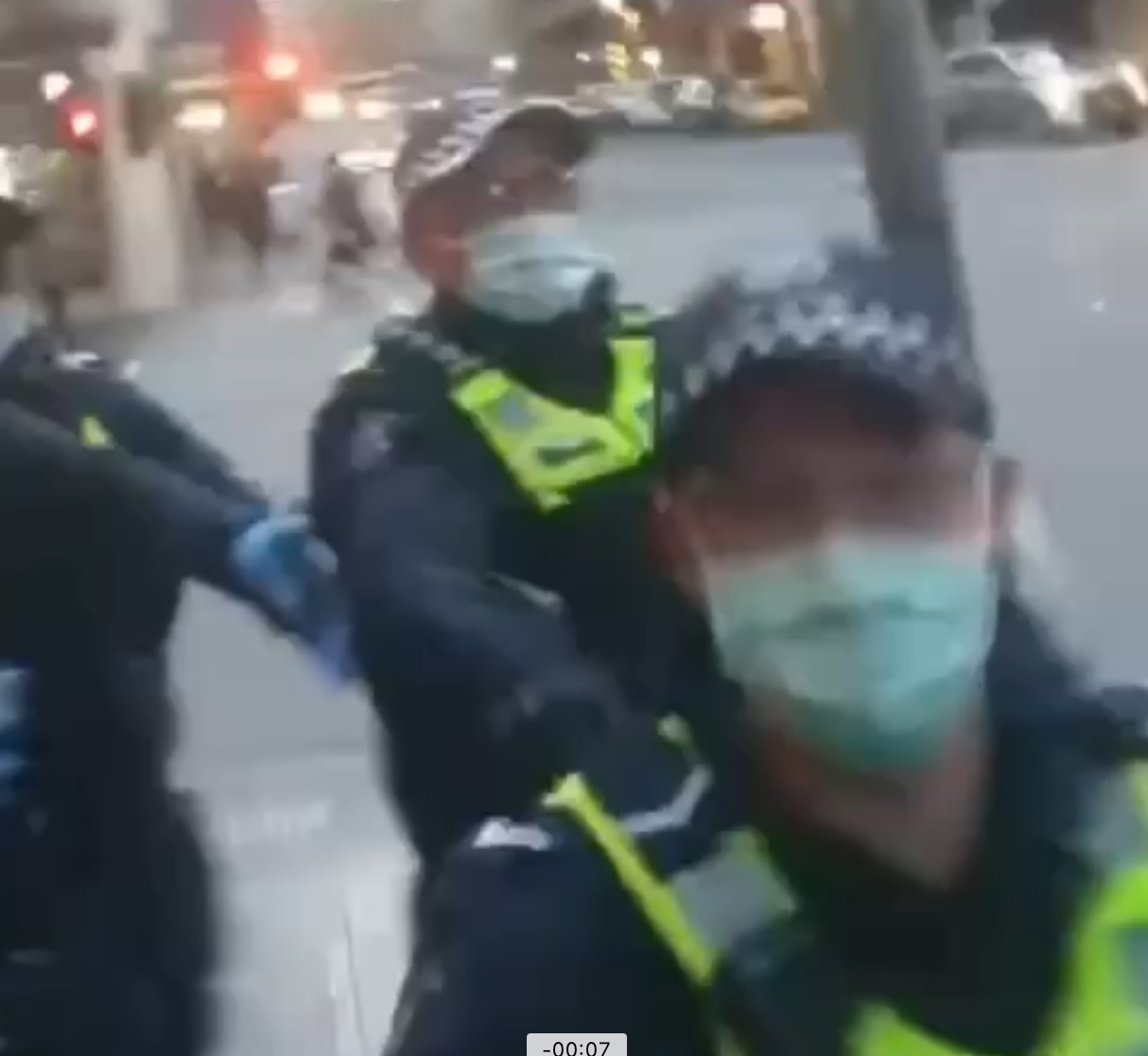 An independent journalist was live streaming a seemingly unnecessary show of force by Victoria Police on the corner of Elizabeth St and A’Beckett Street, around dusk yesterday evening, Wednesday 22/09/2021.

There were no protesters anywhere to be seen, but a full phalanx of police, flanked by a black tank flashing its lights, chanted “move” in unison while they waited at the red lights. 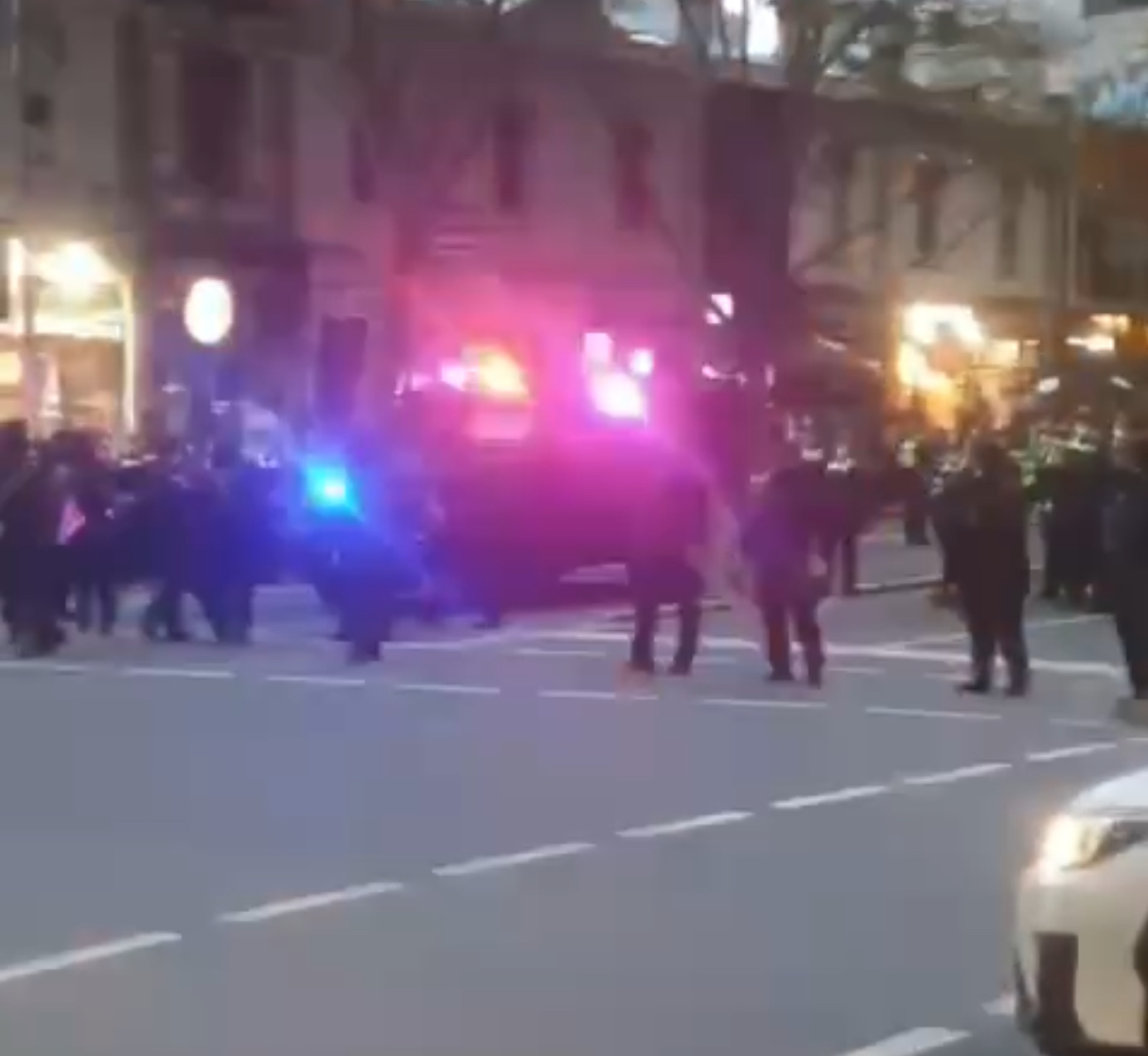 Once they crossed A’Beckett they arrested someone for no reason. 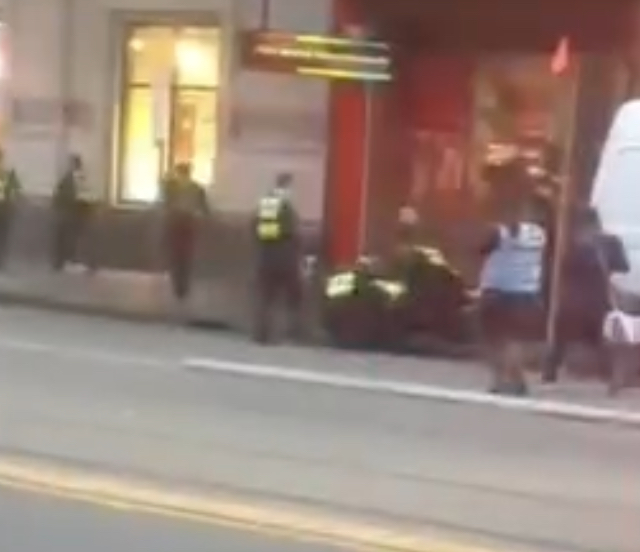 The independent journalist called out ironically to the battalion “Is this Australia?” It appears he was accosted from behind, possibly by police. Slowly, each group of police officers noticed him, turned around and started to advance. Black clad officers emerged from the tank and made their way toward him.

In the last 20 seconds the camera goes shaky as police overwhelm him and he is arrested midstream.

Yesterday, hundreds of peaceful protesters were shot in the back with rubber bullets by Victoria Police at the Shrine of Remembrance. Protesters have vowed to return every day. As the journalist stated repeatedly, Australia is in trouble.