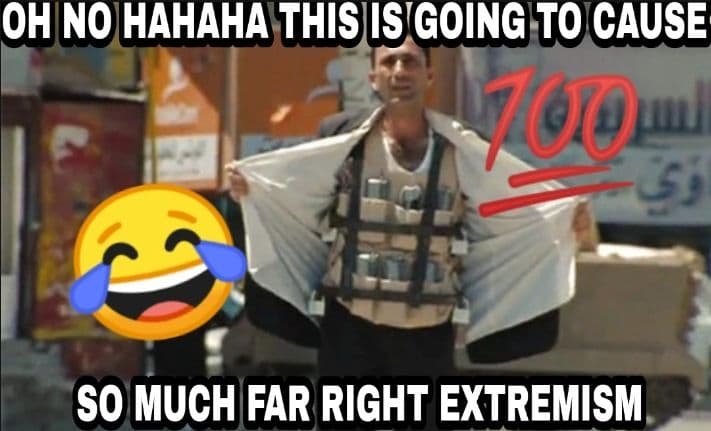 Our dear friends at the ABC continue to publish bizarre opinion pieces warning of the dangers of far-right extremists. In the wake of recent Islamic terror attacks in Europe, it is extremely important that we remember the real threat – white guys. You see, Muslims are just trying to integrate into French culture by bringing back the centuries old tradition of decapitating your enemies.  White right wing extremists, on the other hand, don’t want the Muslims to integrate at all! Ask yourself, who is on the right side of history here?

The attack in Vienna this week — where an armed assailant killed four people and injured others — was claimed by the Islamic State and was one in a string of recent attacks in Europe this week, following three other jihadist motivated killings in Paris and Nice.

The perpetrator of the Vienna attack was another frustrated traveller: he was convicted of terrorism charges last year for attempting to travel to Syria to fight for the Islamic State.

Frustrated traveller eh? That’s a weird way to describe someone who just shot several people. It seems this is a term that has been in use for some time. 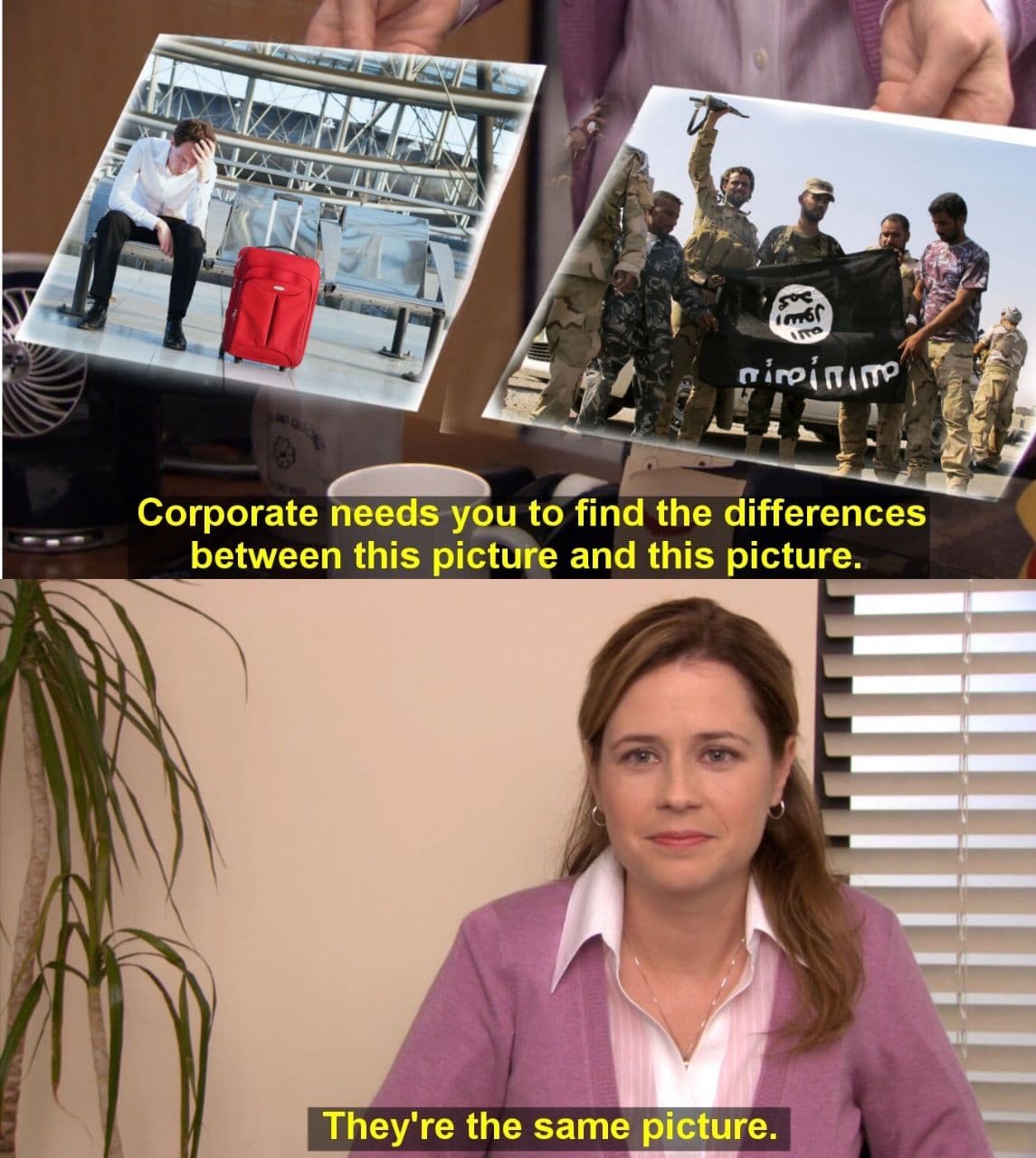 The attacker had complied with court ordered rehabilitation programs and was released early from prison. The data shows that there is a lower risk of recidivism for terrorism offences, yet he still went on to commit violence.

This demonstrates the enduring appeal of the jihadist cause despite the Islamic State’s territorial defeat.

Right, that makes sense. It seems rehabilitation programs don’t work on jihadis (as an aside, there is a hilariously out of place mention of the Chosen People towards the end of this article).

But it also points to the potential for reciprocal radicalisation — where the jihadist threat provokes a far-right backlash.

Sorry? Let’s run through this again.

Vienna attacker went to jail for trying to join ISIS.

This demonstrates a high likelihood of right-wing violence.

I’m not sure I see the link here, but maybe it’s because I’m just a dumb evil racist?

This could threaten the cohesion of multicultural societies, driving individuals to extreme positions and creating a loop of cyclical responsive violence and cumulative extremism.

Gonna have to Fact Check you on this one sorry ABC, multicultural societies are the opposite of cohesive.

While the jihadist threat is enduring and has remained at the top of intelligence and law enforcement risk profiles despite the collapse of the Islamic State and weak al Qaeda leadership, the data has also shown that there has been as much as a 320 per cent increase in right-wing extremist attacks in Europe, America and Australasia over the past five years.

Unfortunately there is no citation for this 320 percent figure (thanks ABC!), but I think it is referencing this report. I would invite you to have a read through the key conclusions and general summary of the report and make up your own mind about the danger of right-wing terrorism, but here are a few key points of my own:

I think I have illustrated my point here. You can go down a massive rabbit hole with this stuff and it can be extremely difficult to find useful information. If someone can point me to the raw data used in these Global Terrorism Index reports I would very much appreciate it.

The article then moves into the usual boilerplate about spooky scary right wingers:

The 2016 election of US President Donald Trump has emboldened many far-right actors who commit racially or ethnically targeted violence.

The link in this sentence takes the reader to an article about Trump inviting a bunch of black and brown “conservative” twitter personalities to the White House. Who are they committing racially targeted violence against? White people? I’m confused. I thought this was meant to be about white supremacy?

This includes enduring anti-Semitism and the exploitation of technology platforms to create extremist online echo chambers which foster radicalisation. It has also led to a disillusionment with the neo-liberal consensus and the democratic process. These people have been pushed peoples towards extreme right groups which promote vigilantism, authoritarianism and nativism.

But an additional factor driving right-wing extremism is the growing and mainstreaming of Islamophobia fuelled by continuing jihadist attacks.

Wow, who would’ve thought that people don’t like being constantly attacked in their own lands by strangers to those lands? What a weird reaction. These right-wing radicals are nuts.

The far right and extreme right believe that the jihadist actors represent Islam and Muslim culture and believe that the West should be protected from Islamisation and what they believe is an influx of Muslim immigration.

They do not view these jihadist terrorist attacks for what they are — extremist outliers.

Pew has studied the level of support for suicide bombing among Muslims for several years. It is declining, but in 2014, in all but three countries over 10% of respondents felt that it was often or sometimes justified, ranging up to 47% in Bangladesh. Average support across all countries surveyed was 20.7%. Sure, none of the countries studied are Western nations, but Muslim immigrants have to come from somewhere and 1 in five support isn’t exactly ‘outlier’. This study also does not cover other forms of terror attack which may well have more support.

Rather they help justify their belief in white racial superiority and that Europe or the majority white countries of the New World should curb immigration — especially from Muslim majority countries, claiming they aren’t compatible with Western culture.

Call me a cuck all you want but I don’t agree with dressing women in garbage bags, killing people who leave your religion, or blasting prayers in Arabic through Australian cities. Something else to note here is that the entire premise of this article is that right-wing violence is largely in response to Muslim violence, so if we got rid of the Muslims maybe both would disappear. Why do we need Muslims in Australia again?

Far right and extreme right adherents also perceive these jihadist attacks as justifying the “great replacement” conspiracy theory that so many of them believe in. This conspiracy theory posits that “international liberal elites” are intentionally encouraging immigration and have used globalisation as a means to “replace” the native population of Europe.

I wrote about “international liberal elites” intentionally encouraging immigration several months ago, and there is no shortage of evidence out there to show that this isclearly what is happening. Europe, Australia, and the US are becoming increasingly non-white, yet the native population is not being replaced? Ignore all the propaganda about needing immigration to support our ageing population, that doesn’t exist.

The remainder of the article rehashes the idea that “right-wing extremism and far-right movements” are driven in large part by Muslim immigration and jihadist terrorism. Certainly this is a significant cause of these so-called extremist movements, coupled with immigration in general and the degeneration of culture and society, but such a statement begs the question I posed above – what is the benefit to bringing Muslims into Australia? It seems that if the elites really wanted to end right-wing violence it would be as simple as just turning off the spigot.

In closing, the author, an Egyptian woman who has made a career out of studying “extremism”, complains about “far right actors” vocalising their displeasure at the latest round of Jihadist attacks online:

Online posts from far right actors after the recent attacks in France and Austria have spewed Islamophobic content and in turn online threats from Islamic extremists have threatened more attacks in response to insults against Islam.

In this heightened environment, when each group feels increasingly threatened by the other and believes that the other group is primed for action, the risk of violence increases.

From my perspective, it seems that only one group is truly primed for action. As I’ve shown above, right wingers are far less likely than Muslims to go out and kill a bunch of people.

The spate of jihadist attacks is concerning in and of itself, but more so because it feeds the anti-Muslim sentiment that fuels violent right-wing extremists and threatens social cohesion at a time of growing far-right sentiment.

The spate of jihadist attacks is concerning…

Man, people being beheaded in the street is really concerning. I’m feeling some real concern about this turn of events.

…but more so because it feeds … anti-Muslim sentiments.

This sort of thing crops up after every terror attack. Articles and videos expressing support for the Muslim community and circle jerking about how terrifying the possible backlash could be. As far as I can remember, that backlash actually came once and once only, in the from of the Christchurch shooting. There was certainly no expression of support for the white community after that.

I guess the final takeaway from this is that there is a clear and obvious solution here, and it’s not one that anyone in power wants to take. They’d rather just feed you this swill and hope you’re too dumb to read between the lines. 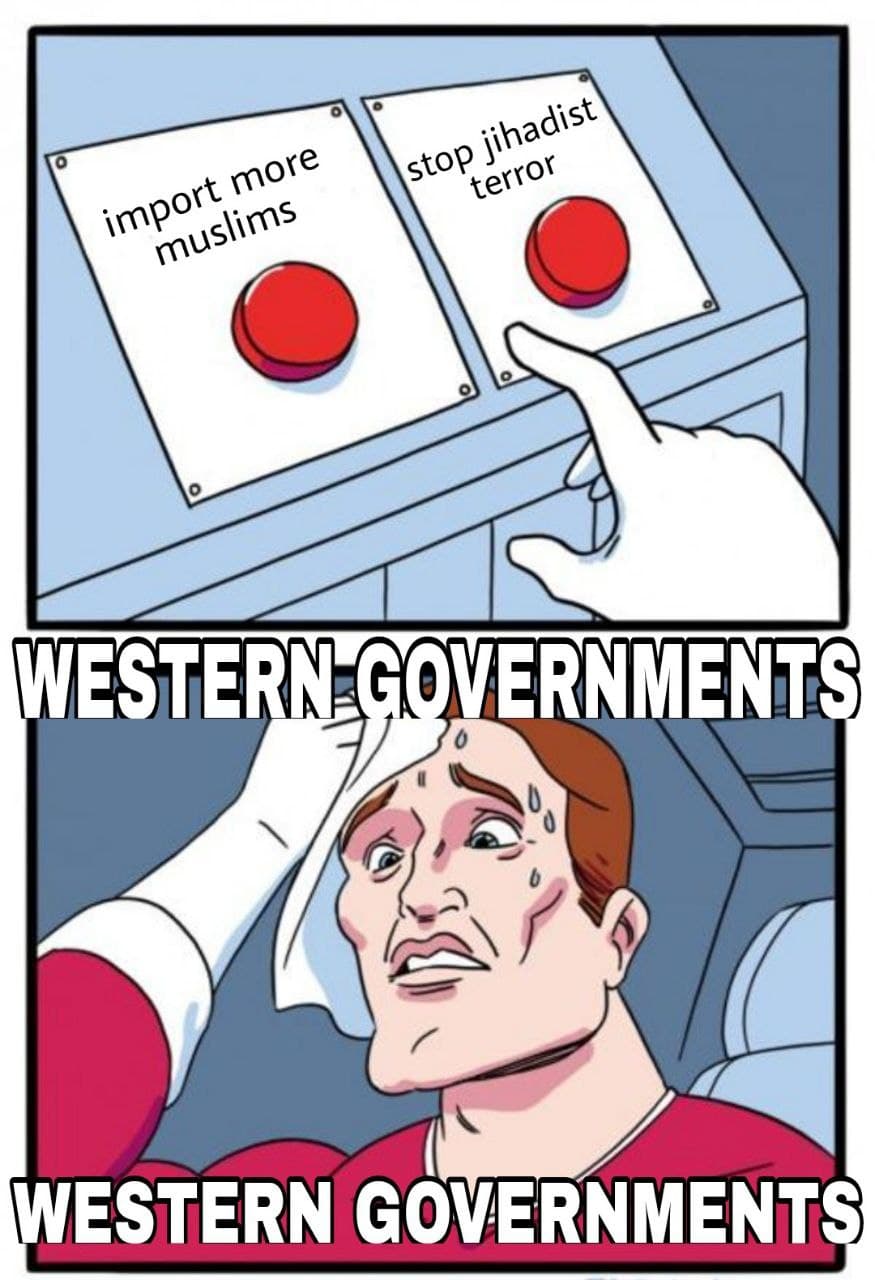 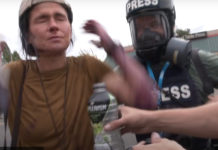 Portland: Leftists Split After Anarchists Beat Down Liberal Journalist And Call Her A Slut 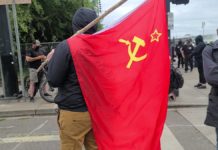