Australia has suffered one of its worst increases in daily deaths since the coronavirus ravaged Victoria in 2020, with the national death toll surging by 100% today.

We’re going to have to fact check this dangerously misleading statistic: 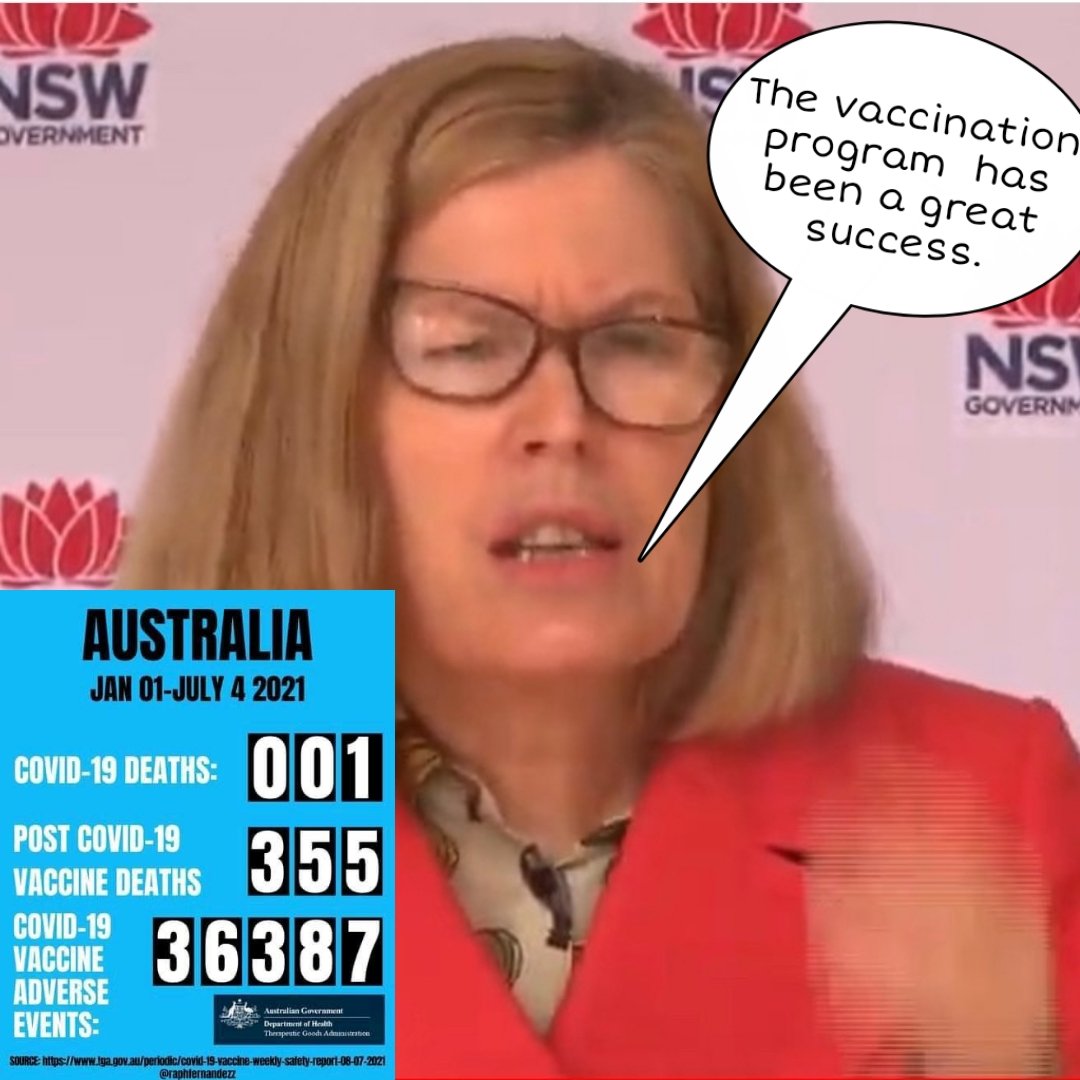 Sydney’s worsening Covid outbreak has surged by 77 cases and led to Australia’s first locally acquired coronavirus death in 2021, with New South Wales premier Gladys Berejiklian warning she will be “shocked” if daily cases do not exceed 100 tomorrow.

Chief health officer Kerry Chant is so concerned by the trajectory of Sydney’s outbreak that she is pleading for anyone who has already had one dose of the AstraZeneca vaccine to talk to their doctor about cutting the interval between their first and second doses from three months to six weeks – acknowledging sacrificing “a bit of long-term protection” was warranted.

A 90-year-old woman from south-west Sydney, who authorities believe was unvaccinated, died at Liverpool hospital on Saturday, hours after she returned a positive result.

She was 90. It could easily have just been the flu. The Lying Press is screaming at us that she was unvaccinated. 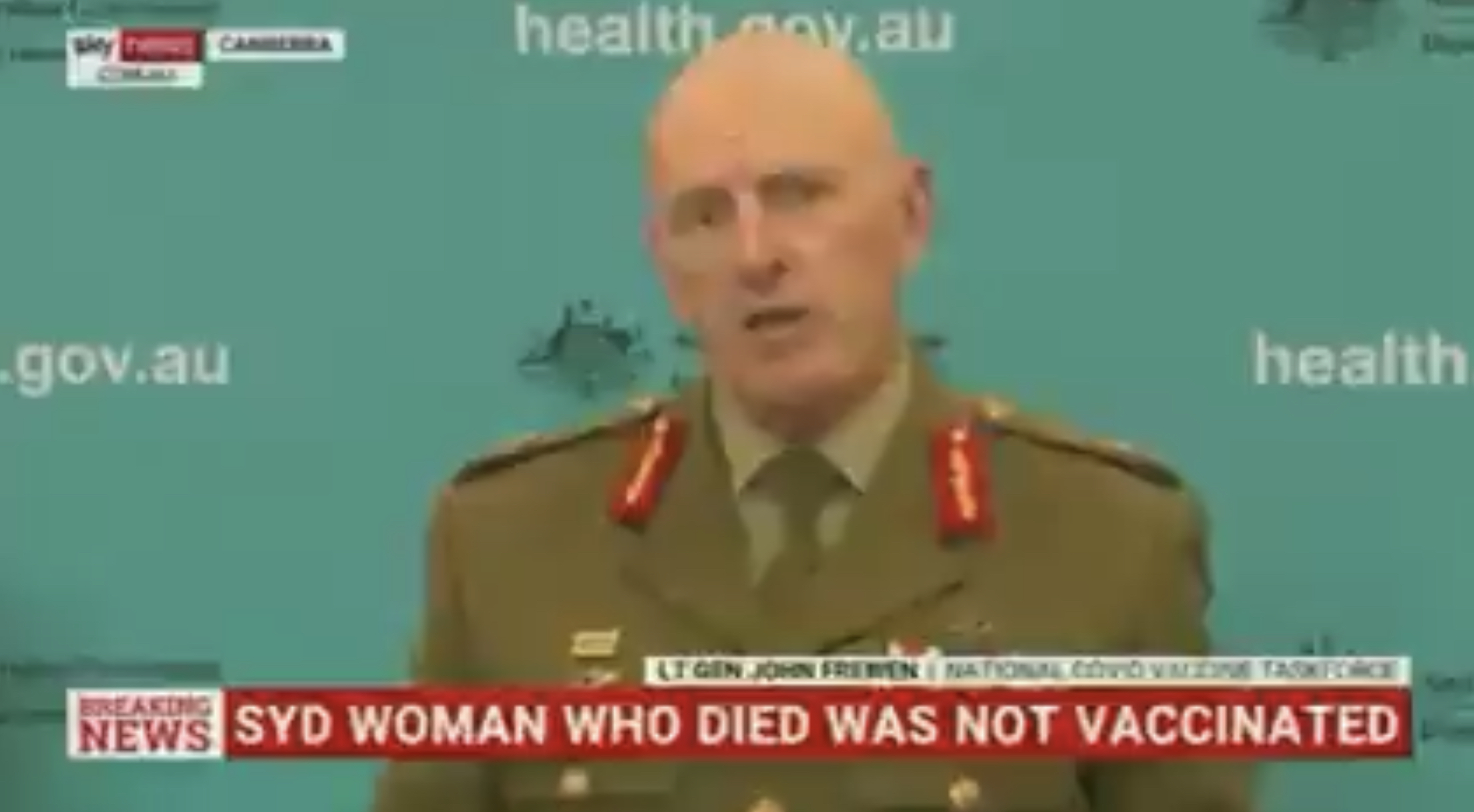 They’re not screaming at us that she was 90, though. The clip this screenshot is from is worth watching for the lols.

What happens when the Australian government realises they are no longer trusted by their own citizens and the 💉 uptake is non existant…they bring in the Army.

He’s telling us to arm ourselves 🤷🏻‍♀️

An official from the Australian Defence Force telling Australians to arm themselves. Against the coronavirus. By getting the jab.

I love that this catchphrase would have been focus grouped and discussed by a committee. This phrase went past dozens of people before it was uttered by the idiot in the army suit.

At no point along the way did anyone point out that the Australian people were literally disarmed under the pretext of a false flag in Tasmania which was blamed on a retard.

At no point did anyone point out that literally the only people who are armed to any great extent are the government and criminals (but I repeat myself).

Nobody pointed out that the government is deliberately disarming ordinary Aussies who just want our country back based on their political views, even to go so far as claim that a toy Star Wars gun is a “gel plaster” (sic).

Nobody bothered to mention that it is probably a bit rich to cajole Australians into injecting either toxic murdered baby sludge or an experimental gene therapy which will likely kill them, while the government is actively replacing us in our own land.