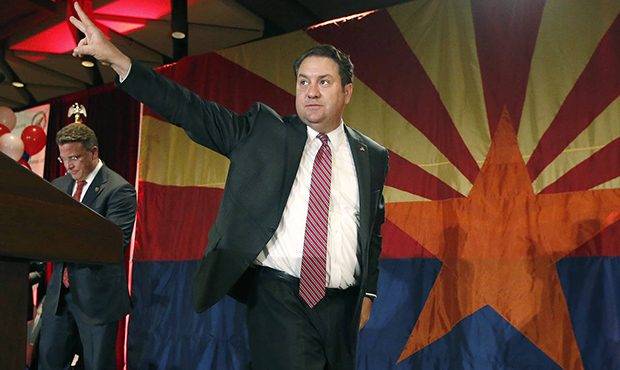 As the Republican Party and Trumpism continue to pursue meaningless gestures in lieu of policy, the historic failure of Arizona’s GOP in the 2020 election appears to be locally compelling them to start paying more attention to voters.

Over the past year, Mark Brnovich has arguably become the only remotely effective conservative figure in regards to defending his constituents.

Earlier this week, Brnovich’s office won a difficult Civil Rights lawsuit against Uber and Door Dash over the food delivery apps’ policy of financially incentivizing users to order from black-owned businesses over white ones.

The companies settled out of court with Brnovich, promising to end the practice.

While Uber Eats has accumulated over 8,500 arbitration demands over its illegal anti-white policies, these complaints came largely from customers. Arizona was the first case where Republicans broke with “small government” orthodoxy and finally used the state to force these corporations to obey the law.

In Brnovich’s latest legal offensive, Jewish media outlets such as Pam Wasserstein’s Vox are beginning to notice the state prosecutor, and they don’t like what they are seeing.

In a novel lawsuit filed against the Department of Homeland Security last April, Brnovich tests the sincerity of neo-liberal faith in climate change by arguing that the federal government’s refusal to enforce immigration law is increasing his state’s carbon footprint.

By overwhelming Arizona’s infrastructure and massively increasing the number of people consuming and driving cars, the state of Arizona argues that mass immigration is increasing pollution, greenhouse gas and hurting their air quality.

Media outlets are expressing outrage at this argument, even going so far as to refer to Brnovich as an “eco-fascist.”

The anger stems from the fact that it will force even the most loyal system judge to choose between the immigration replacement project and the “green austerity” one. This drags court battles into the political and ideological realm, rather than the largely failed legalistic strategies for immigration restriction employed in the past.

Does a population surge cause more carbon dioxide? The answer is an obvious yes. If climate warming is produced by anthropogenic sources, Alejandro Mayorkas and DHS will be forced to either dispute this in court or admit that their immigration policies are wrecking the environment.

Brnovich’s own sincerity and political prospects are up for debate, but he is at least fighting intelligently. Donald Trump — who is now claiming he will be made president by August — has recently been attacking the Arizona AG for not going along with his stolen election narrative, but it is unclear how this will effect Brnovich in the long term.