A diabolical series of algorithm errors has led to Facebook temporarily preventing homosexual jew Dvir Abramovich from saying 100% of what he thinks 100% of the time on Facebook. 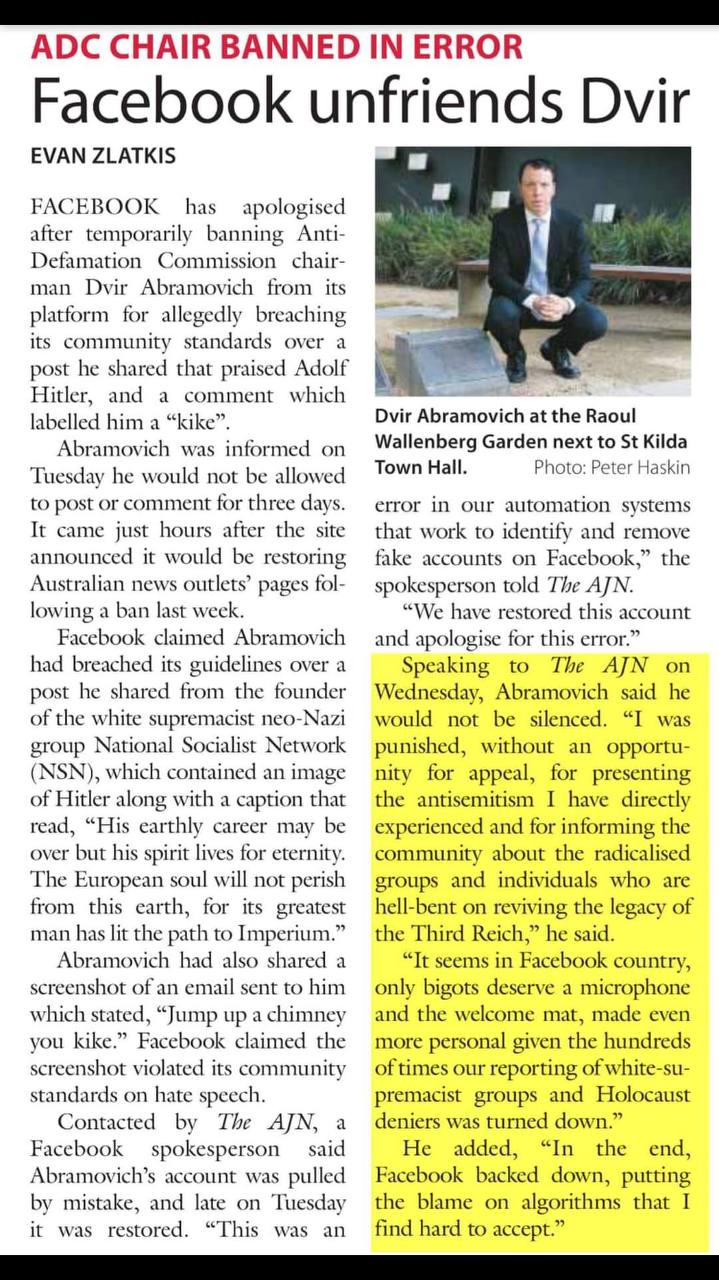 Unfortunately for Dvir Abramovich, who has written for Out in Perth, this tragedy was not limited to the temporary restriction of his freedom of speech. The XYZ understands that the Facebook algorithms also turned his grandmother into soap.

Furthermore, the algorithms managed to turn the uncle of the woman who lives across the road into a glow-in-the-dark lava lamp. Meanwhile, residents in Caulfield East claim that several dogs were witnessed being masturbated to death by a machine ‘operated by a guy who looked like a nazi’.

The XYZ is still trying to confirm reports that Melbourne’s chief rabbi was tickled half to death with a frozen chicken.