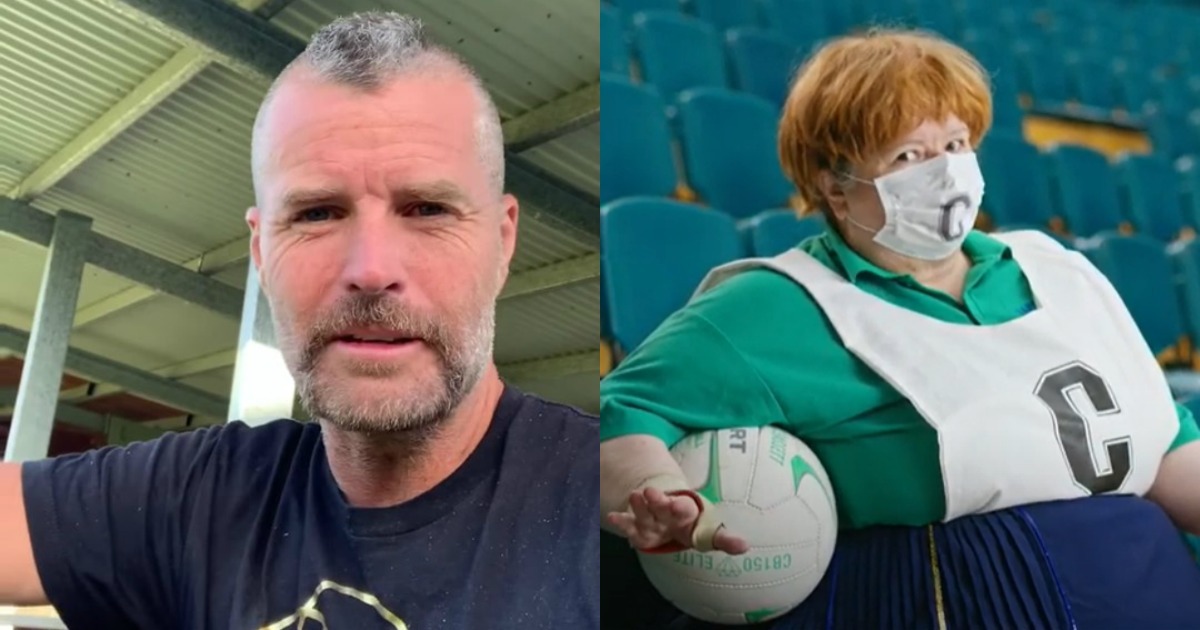 Since featuring in a Victorian government advertisement imploring people under lockdown to “obey the rules”, Magda Szubanski has become a public menace on social media.

Triggered by the use of the word “healthy” by professional chef Pete Evans, she initially cited the holocaust as an excuse for her obesity:

#fatshaming me & assertion that fat people have no place in discussion about public health not only insults me but also all the fat nurses, doctors, ambos etc who give so much. My Polish gran was fat & a nurse & she risked her life to hide Jews from the Nazis #fattiesunite 🙏🏻❤️ pic.twitter.com/RhFQ4BYV0K

Following multiple media hit piece on Pete Evans and a sympathetic ear on the Project, any normal person would have let the matter rest. Not Magda, who passive aggressively tweeted a photo of a paleo breakfast:

She also aggressive aggressively tweeted more rationalisations for her own laziness:

And of course much more alarming to me than anything these people say about my weight is that THEY DON’T BELIEVE COVID IS REAL! That poses a far greater risk to other people’s health than me being fat. Fat ain’t contagious. 🙏🏻 https://t.co/VP5WJixOKG

Thankfully, Victorian Premier Daniel Andrews has finally stepped in to restore calm. At a press conference this morning he said the following:

“It has come to our attention that in recent days Magda Szubanski has been endangering public health by tweeting incessantly about professional chef Pete Evans, who gently inferred that he is unhealthy.

“I want to make it clear to all Victorians that we never intended to imply any kind of so-called “fat acceptance” messaging in our advertisement, particularly as fat people are one of the few demographics to whom the coronavirus may actually pose a fatal risk, given they generally suffer multiple underlying health issues.

“The only reason we ever chose Magda to feature in the ad was because the best way to impose an all powerful system of control on an unsuspecting populace is to use harmless buffoons to present a totalitarian message.

“Furthermore, it is important that we counter the dangerous idea that “fat ain’t contagious”. Nothing could be further from the truth. There is no middle ground on this issue. You either use social norms which mitigate against obesity or you normalise obesity. The current pandemic of horrible fat women running around pretending that guys still might be interested in them, and much worse, believing that they should hold positions of power, has been allowed to fester because we have abandoned the previously useful social norm of fat shaming.

“It was thus with great urgency that last night we passed legislation, voted in unanimously by both houses of state parliament, that in the interests of public safety Magda Szubanski must wear a paper bag over her head. We feel it is best for everyone that this continues well after coronavirus restrictions have been lifted, preferably indefinitely.”

Asked how this would keep Victorians safe from the coronavirus, the Premier looked puzzled: