Back in the mists of time when I was a wee lad growing up, figures of authority in my life would routinely utter the phrase, “violence doesn’t solve anything”, usually after I had been pummeling my younger brother for looking at me funny. Even at that tender age age I found it difficult to square these words with my observable reality. For instance, I had a few big books with lots of very cool photos about World War II. It seemed to me then, and still does now, that violence solved a great many things in that particular case.

Then there was The A Team. Sure, you never actually saw anyone die in one of the episodes; the funniest moment being the time a helicopter was hit by a missile, crashed into a cliff, bounced down the rock face and then exploded into a ball of flame, only for the crew to stumble out coughing a bit. True story, bro. But there sure was a lot of violence and they always seemed to win. Once again, violence seemed far superior to touchy-feely approaches such as talking.

I was bullied as a young lad at school for being demonstratively superior to everyone else at everything. Particularly the game of chess. This went on interrupted for two years until one day I finally hit one of the kids, (I had been brainwashed by my idiot mother into believing that if I ever hit someone then the bad people would take me away.)

After I hit that one kid, he hit me back. We exchanged a few blows and then the common consensus was that he won, although I claimed a draw. Whoever the winner was, it doesn’t change the fact that after that moment the bullying stopped from the other kids too. And then the bad people came and took me away; I only escaped last weekend.

So I worked out that violence does solve many things.

Trump pulled out a thousand odd US troops from the Syrian and Turkish border last week. The Turks rubbed their hands with glee and promptly invaded, proving in a moment the complete correctness of Trump’s decision. They want to fight? Go ahead, make your day. Just go and get it over with so everyone else can get on with their own problems.

Because the alternative would mean that US troops would have to stay there forever. Why is this crummy dispute America’s problem? The Kurds were their allies? Yeah, and so what? Time to get on with your own shit, guys. Trump should follow this up with an immediate overnight surprise withdrawal from Afghanistan. Just leave a note saying, so long, and thanks for showing us the right way to beat our wives.

The result of a US withdrawal would be an immediate resumption of the age old tribal conflicts that perpetuate in that unlucky region. Which is not our fault. It is their fault and the sooner they take responsibility for it then, and only then will future generations have any chance of crawling out from under the misery of such barbaric behavior. Consider the fact that teenage recruits in the US military serving in Afghanistan were not even born when the US invaded after 9/11. Is the US expected to stay there forever?

If you listen to the neocons then the answer to that is a resounding yes. But they are warmongers, deranged with a lust for power through perpetual conflict. Wouldn’t it be nice for the US if the country was not at war? The USA has been at war in some form or another almost uninterrupted since 1941.

Violence does solve many things, but it is not the only solution. An addiction to violence attracts unnecessary conflict. Violence can only solve anything if the combatants all have skin in the game. The US had no skin in the game in Syria; thus withdrawing made very real sense. Then let the respective parties with actual skin in the game go for it to their hearts’ content.

In other words, as far as resolving disputes goes, having a force in the conflict in an artificial policing role not only does not work, it merely exacerbates and prolongs the dispute. When the USA had its civil war, apart from the French attempting to side with the Confederacy, no foreign powers directly interfered in the conflict. The Americans were left to sort it out for themselves. It took them 4 years and some would say that the wrong side won, but it was resolved and the peace has remained for 140 years.

If a foreign power had imposed itself on the conflict and attempted to play policeman to keep the warring sides apart, the conflict would most probably still be alive today. The lesson is that violence can solve many things, as long as the parties to the dispute are allowed to get on with it. Bring back dueling, as far as I’m concerned. 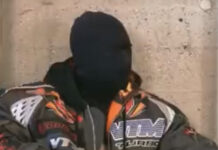