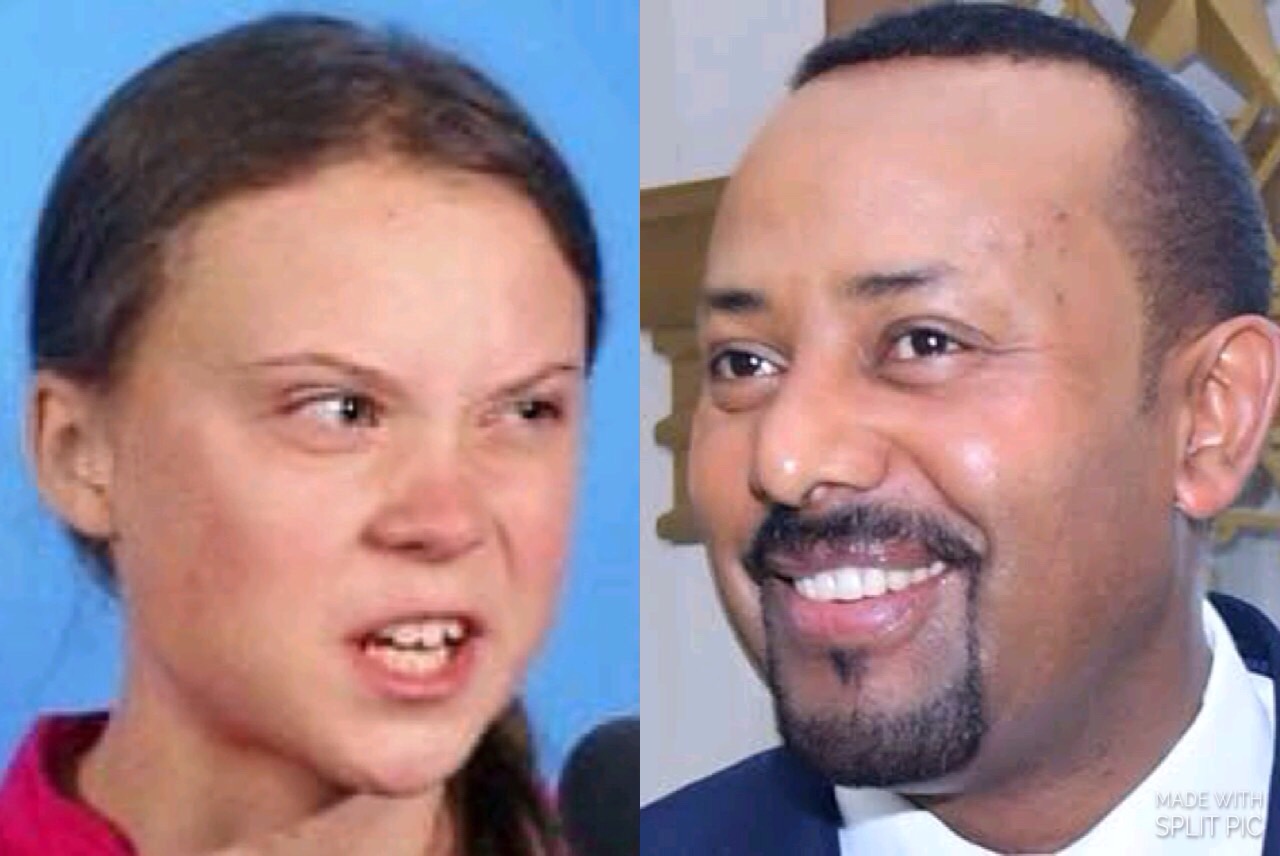 When herding cattle, you want to ensure the cattle always know who is the boss, and that they don’t get too far ahead of themselves. Climate crisis actor Greta Thunberg had been odds on favourite to win the meaningless Nobel Peace Prize last week. She had been very effective in herding the human NPC cattle into supporting greater powers for the globalist elite whom she claims created the climate emergency in the first place.

But you don’t want the human cattle getting too far ahead of themselves. Regular people might start thinking they can actually affect the political process, and you want to keep them out of that rabbit hole. So how does the Nobel committee get around this little conundrum?

Greta had been a favourite to win the prestigious prize, with reports suggesting she’d be up against New Zealand’s Prime Minister Jacinda Ardern and the young leaders of the Hong Kong protest movement.

But the Prime Minister of Ethiopia, Abiy Ahmed Ali, was awarded the prize for making peace with the country’s bitter foe, Eritrea…

Andrew Stroehlein, the European Media Director for Human Rights Watch, said Mr Ahmed was good choice, but there was much more to be done.

“Good choice, both for peace efforts with Eritrea and important improvements in Ethiopia itself, where the government released thousands of political prisoners and committed to other reforms,” he said.

“At the same time, there is much to do. There’s been a significant break down in law and order in parts of Ethiopia amidst escalating ethnic tensions that has resulted in significant numbers of internally displaced persons.”

The Ethiopian Prime Minister’s Office described the honour as a “collective win for Ethiopians”.

“Since Prime Minister Abiy Ahmed assumed political leadership in April 2018, he has made peace, forgiveness and reconciliation key policy components of his administration,” the statement read.

If this is the first time you have heard of said Ethiopian PM and his peace process, and if you don’t particularly care, you are not alone.

Greta’s supporters know they have been beaten by a trump in the intersectional card deck, and have thus demonstrated expert doublethink so as to avoid the appearance of racism:

Congratulations to Abiy Ahmed for winning the Nobel Peace Prize.

For everyone hoping that @GretaThunberg / #FridaysForFuture would win, let’s look to the future. If they inspire real change then their odds will be better in future years.

It probably was too soon this year. https://t.co/o9bxgkTtbO

Oh, Greta Thunberg still has her whole life ahead to win the #NobelPeacePrize
not this year but hopefully soon.

How can it have been too soon when we only have months, not years? Haven’t Greta’s future and dreams been stolen from her? Perhaps Donald Trump was right:

She seems like a very happy young girl looking forward to a bright and wonderful future. So nice to see! https://t.co/1tQG6QcVKO

This does not make sense. Other motives must thus be considered:

This movement isn’t about one person, it’s about all of us standing together in our millions and fighting back.

This movement isn’t about one person. It’s about all of us standing together in our millions and focusing on the climate crisis hoax which has been deliberately manufactured by the globalist oligarchy and is rammed down our throats 24/7 by the globalist media, while ignoring the demographic replacement of European people being pushed by the parasitical class.

So-called “climate change” is a globalist psy-op designed to gaslight European people into hating themselves because our very existence is destroying the planet. Apparently.

They want plug us into the Matrix, where we will live in pods, our minds controlled in a VR fantasy world, our bodies fed a sludge made of bugs, maggots and our fellow humans.

And they want us to consent to it.

Greta lectures the UN one week and reveals herself to be an utter lunatic. The next week as she galavants across the Midwest and is bestowed with an oogabooga name, a bunch of even crazier lunatics takes over the major cities of the West and make Greta look like the sane one.

None of this makes sense, because it is not meant to make sense. This constant stream of nonsense is a deliberate propaganda campaign designed to cause a complete shutdown of our cognitive ability and to break our will. They want us to stop fighting.

This will only go one of two ways.