Greta Thunberg has gone to America to speak truth to power or something. Then real power ignored her.

I think a lot of us can relate.

The left are trying to make this a thing.

Thunberg, the Swedish climate activist, fixed Trump with a steady stare as he arrived at the UN to attend a meeting on religious freedom. The US president decided to snub a major UN climate summit, held on the same day.

Nobody cares. Unperturbed, the Guardian is upset that Donald Trump appears so dismissive of the fact that she can read out things that the adults told her to say:

Donald Trump appears to have taken a swipe at teenage climate activist Greta Thunberg, tweeting a video of an emotional Thunberg with an apparently sarcastic comment that she seems to be “very happy” and looking forward to a bright future.

She seems like a very happy young girl looking forward to a bright and wonderful future. So nice to see! https://t.co/1tQG6QcVKO

If globohomo had left Greta alone after her first little protest, she could indeed have gone on to be a happy kid with a bright future. Instead, expect to see the Fake News Media carry on for the next 48 hours over how this proves that the God Emperor is a narcissist. The fact is, this is exactly how Greta should have been treated in the first place, but the globohomo establishment couldn’t resist. Their standard operating procedure is to use people who can be categorised into an SJW-ordained victim group to be the public face of an SJW cause. When you attack their idea, they personalise it, accuse you of playing the man and avoid the issue.

This way, if you oppose the Islamisation of Australia, you are just a racist who hates Waleed Aly and Yasmin Abdel-Magied. If you are worried your kids will be brainwashed in school with trans propaganda and that you may have no right to know if they are on hormone blockers, you are causing kids with gender dysphoria to slash their wrists. If you oppose going to WW3 against Russia you are a racist, sexist, Islamophobic, deplorable you name it.

And if you point out that climate change propaganda aimed at brainwashing Europeans into not having children doesn’t seem to be directed at non-Europeans, apparently that means we’re picking on a little girl. 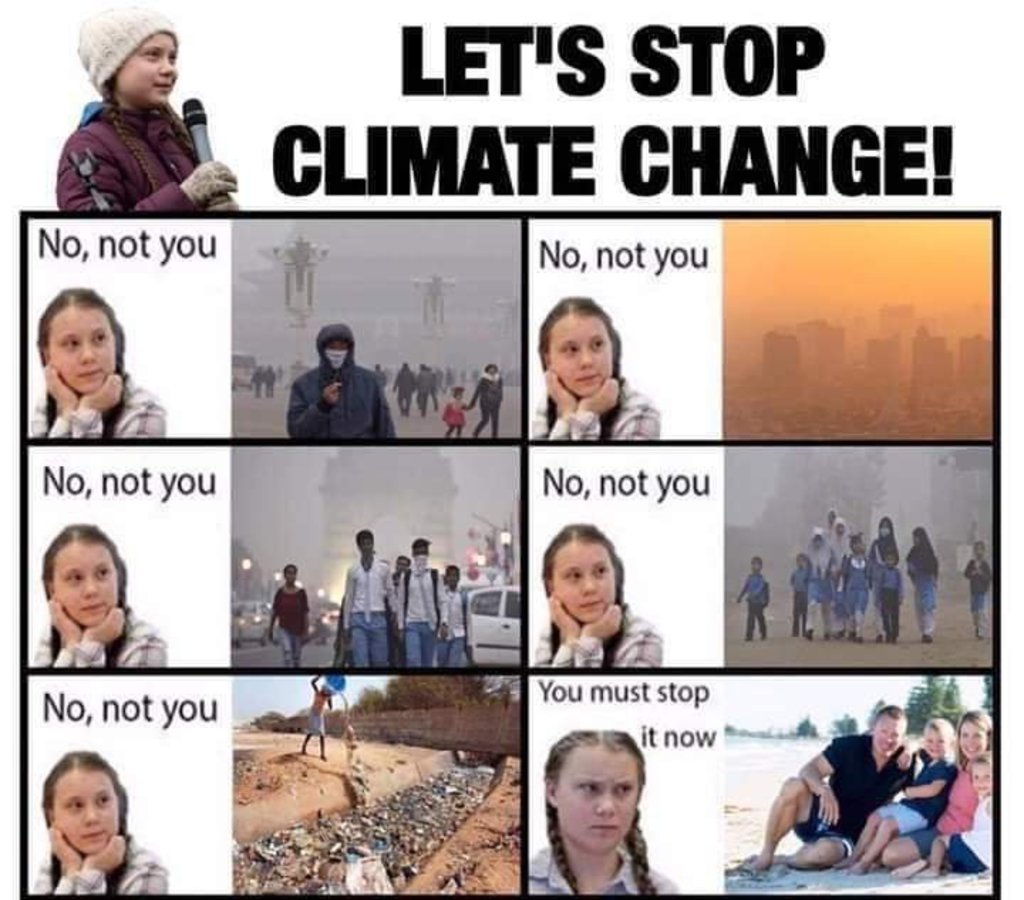 One wag on The XYZ Facebook page had this to say:

Anyone else forget how this page made fun of Adam Goodes for calling out her racist comments and “bullying a child”.

This ignores the fact that the young girl who became ‘the public face of racism in Australia’ was thrust into the public spotlight against her will, while Greta, although thoroughly a globohomo pawn, has done so willingly. There is no comparison.

Furthermore, imagine if Adam Goodes had treated the ape incident with the same casual dismissal. Perhaps with a “Yeah mate, never heard that before” at most. He would have been known as the great 400 gamer who occasionally said a few silly things in public.

The moral of the story is that when the left do this: 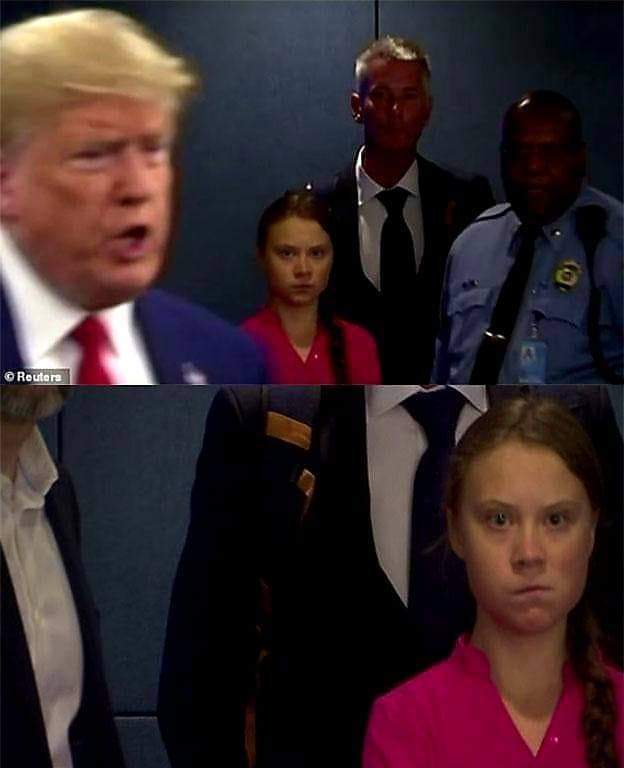 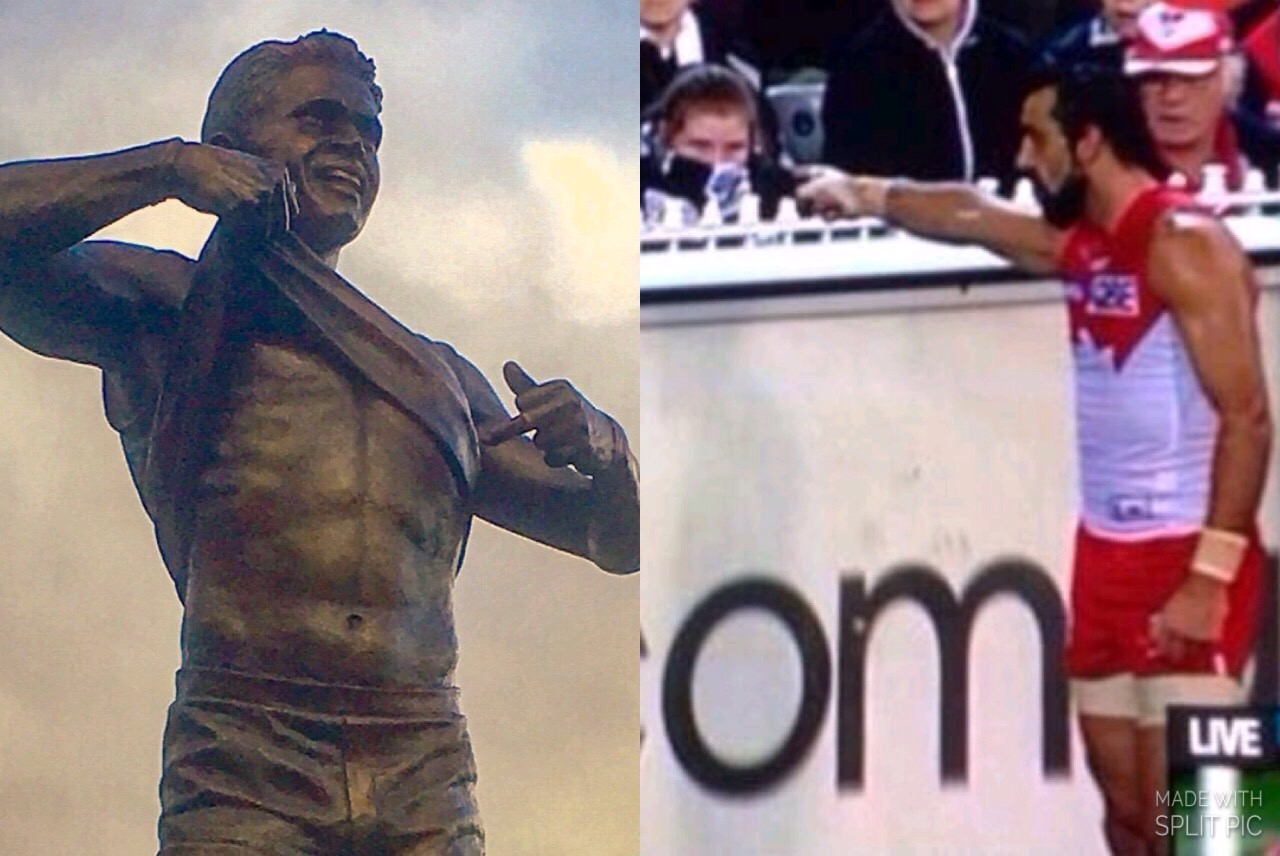 We should do this:

After sitting with a irritated and annoyed look on his face for almost 10 whole minutes, Trump and his VP walked out of the Climate change summit. pic.twitter.com/mBTbK47u3r

Instead, our governments, institutions and corporations feed the monster, funding the deep-green NGO’s, and giving in to SJW rage mobs and Zionist backed refugee networks. Which means that sooner or later, somebody is going to have to end up doing this: