On Thursday we went to air just as Israel Folau was being interviewed by Alan Jones on Sky News. In explaining why he put his post on social media imploring sinners to repent in order to avoid hell, Folau explained that if he had a child who was on drugs he would do everything he could to steer him to the right path, so he does with sinners.

Yours truly predicted that lefties would be screaming the next day about Folau comparing homosexuality to drug addiction. Sure enough: 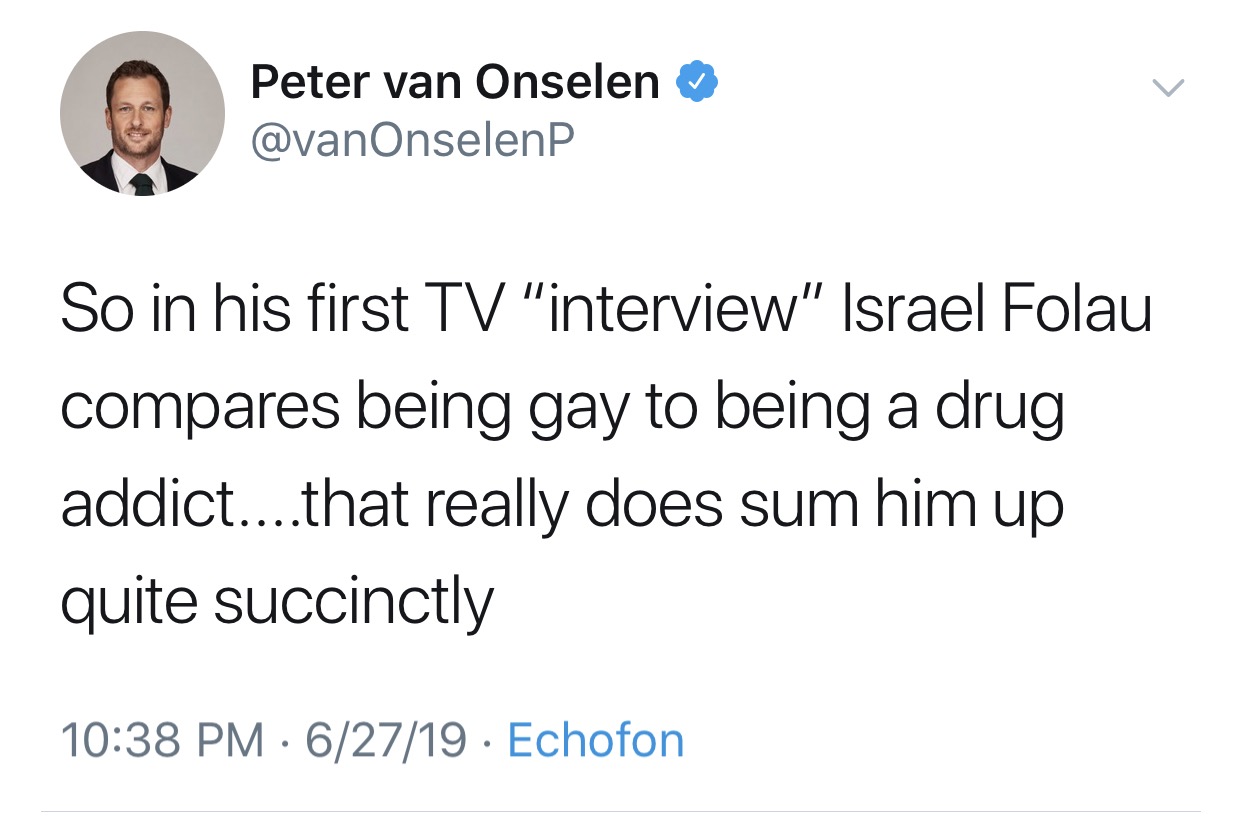 Even Mr “I’m not a leftie.” XYZ predicts the future.

Join us every Thursday evening at 8:30 pm AEST at The Uncuckables.