The “Overton window” is term coined to refer to the politically acceptable limits to public discourse, a concept originating with the former vice president of the US free market Mackinac Centre for Public policy, John Overton.

While Overton was originally classifying ideas based on the degree of political freedom or oppression that they entailed, the concept of a “window of political discourse” applies just as appropriately to illustrate the right and left of arc within which the media, politicians and (supposedly) the general public regard political ideas as acceptable.

Overton argued that ideas and policies falling outside that window would always be called “extreme” and politicians advocating them would find themselves either unelectable or driven from office. Yet, seemingly paradoxically, the window of what the political and media consensus would consider “acceptable” and “mainstream” tends to change over time.

As I attempted to outline in my maiden speech, which very few of my critics appear to have actually read, the political consensus on identity, values and so many other vital issues which existed between the major parties of the left and right up until 1972 was shifted radically to the left by the Whitlam government and has never recovered.

However perhaps a better way of expressing the problem is to frame it in terms of the Overton window concept.

The “acceptable” window of political discourse in the days of Sir Robert Menzies, Jack McEwan and Arthur Calwell, which was reflected by not only by the media of the day but also in the views of the vast majority of Australians, has been shifted radically to the left since that time. The net effect of this is that a politician, such as myself, expressing what would have been considered moderate mainstream views in the 1960s is now called a “racist” and a “right-wing extremist” by other politicians and the media alike. But equally, what would have been considered extremist Marxist ideas in the 1960s such as the denial of free speech, wealth redistribution, wholesale Third World immigration and “gender fluidity,” are now supported by mainstream political parties and even governments.

Yet while the beginning of the lurch to the left in this country began with the radical left-wing Whitlam government, this did not cause the Overton window of “acceptable political discourse” to shift.

In 1975 and again in 1977, the Australian people delivered thumping electoral defeats to the Whitlamites and a clear and overwhelming mandate to the Liberal Party to undo all that Whitlam and his cronies had wrought.

What shifted the Overton window to the left, and what has continued to shift it to the left all the way up to the present day, was the refusal of the Liberal Party in government to reverse left wing Labor policies.

From the failed Malcolm Fraser Prime Ministership, we have seen one Liberal leader after another initially oppose in varying measures Labor’s radical left-shifting policy initiatives, only to adopt and even champion them a few years later. From the abandonment of a pro-European immigration policy, to the repeal of laws based on Judeo-Christian values, to the dismantling of trade barriers and the destruction of domestic manufacturing, to the selloff of agriculture, to denying free speech, to opening the flood gates to foreign property speculators, to promoting the rise of working age welfarism, to punishing self-funded retirees, to confiscating firearms, to radical gender theory, the list goes on and on.

Thus while the radical left in Labor may have conceived of the destruction of the wonderful, prosperous and cohesive nation Menzies bequeathed us, the only thing that made it possible and enduring was the collaboration of the very party that he founded.

It is in fact the Liberal Party, not Labor that has enabled ratchet socialism to gradually overtake our nation and has shifted the Overton window to the far left.

The only thing that changed in recent years under former Prime Minister Turnbull, was that instead of spending a few years in faux opposition to Labor’s radical left wing agenda before later adopting it surreptitiously, Turnbull’s enthusiasm for the left-wing agenda brought the Liberal party into lock-step with it in real-time! 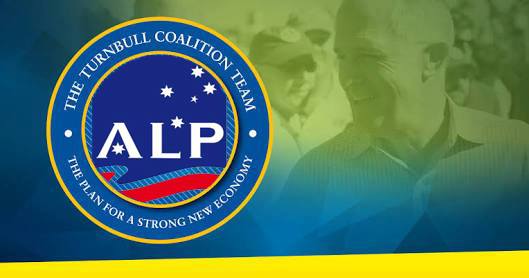 And sadly, I see no evidence that this “Labor-lite” approach to politics has changed at all under Mr. Turnbull’s successor, whose elevation by a Liberal government sailing towards electoral judgment has amounted to little more than the re-arrangement of the deck chairs on the Titanic.

So when I gave my maiden speech last August in which I sought to give voice to marginalized traditional conservatives, then Liberal Prime Minister Turnbull joined with his Labor counterpart in denouncing me, even shaking hands in their smug unanimity of condemnation of ideas outside the current leftist Overton window.

And more recently, when I attended a rally in Melbourne of decent, ordinary citizens concerned at the rise of African gang violence created by the current indiscriminate immigration policy, we saw the new Liberal Prime Minister Morrison follow his predecessor’s example and again join in a unanimous chorus with the Labor leader to condemn my actions and arguments as somehow “racist” and “far right.”

Yet in doing so, Mr. Morrison found himself sharing a position not only with Labor, and the mainstream left-wing media but also with the Greens, and even Marxist left wing extremists, who on sites such as the World Socialist Web Site used similar language to the Liberal Prime Minister in condemning me.

These radical leftists are the very same people that, just a generation ago, ASIO monitored as threats to our very national existence. Yet today, a supposedly “liberal” Prime Minister publicly expresses the same views!

And because the Overton Window can continue to be shifted to the left as long as the major political parties hold bipartisan left-wing positions with mainstream media support, we can expect this process to continue to develop, with all dissent silenced as the last vestiges of freedom of speech are swept away, the dwindling European majority in this country overturned, and private property along with all other rights turned into privileges to be given or withheld by the state at its pleasure.

Unlike some of my supposedly conservative political colleagues, I will never advocate a Labor vote nor advise my own supporters to ever give their preferences to a left wing party as some kind of protest or change engine. However, it has to be said that the Morrison government is very difficult to differentiate from Labor on many issues and if not driving, is at least enabling left-wing cultural change by refusing to undo left-wing Labor initiatives.

Given its role in helping to push the Overton window in this country further to the left, apparently deeming formerly Marxist policies acceptable but the policies of Menzies “extreme right,” a Morrison-led Liberal Government does not deserve the vote of conservatives.