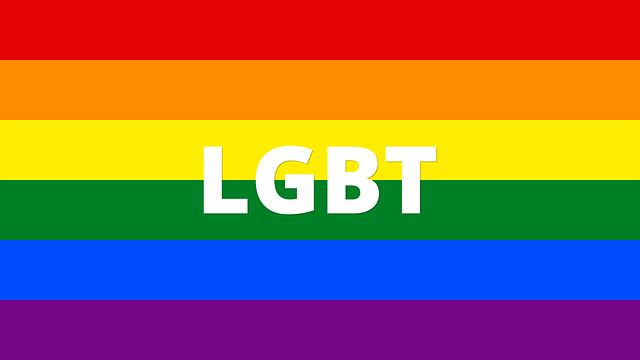 What does conservatism stand for in Australia? It is a question that I ask myself more and more as we slide into an endless morass of adopting the modern obsessions of the left at the expense of our own conservative principles. Less than a year ago the conservative government legalised gay marriage. Now we have our new prime minister Scott Morrison throwing himself into the obscenity morass with his own efforts on this front.

The acknowledgement that a perversion such as gay children exists, let alone the transsexual abominations, is testimony to how low conservatism has sunk in Australia. It may as well not exist anymore. Which is exactly what the left desires. The left doesn’t even have to be in power to achieve its core goal of undermining the family as well as the key pillars that bind together our society, culture, and civilization. Forty years of manipulation have reached the point where the right will simply jump to do their bidding.

“Scott Morrison will move to ­legislate protections for gay and trans students and ensure non-state schools do not expel them on the “basis of their sexuality”.

Left out of the article is whether all religious schools will be subject to this new legislation. In other words, will the Muzzies have to accept the young gay boys and girls or will their right to religious freedom be upheld?

Why are we even asking the question? The fact that it is not mentioned at all tells us everything that we need to know.

So much for religious freedoms. The gay marriage act is doing exactly what it was intended to do; sabotage the family unit and undermine the Catholic Church, which is somewhat ironic seeing as the Church is doing a fine job of undermining itself at the moment.

“Mr Morrison, a proud Christian, said amending the legislation would “give all students and parents the certainty they require”.

Prime Minister Morrison might be proud to call himself a Christian, but he obviously has no idea at all as regards to where his own religion stands on the subjects of sodomy, adultery, and fornication. It is a non-negotiation zone. They are all, each and every one of them, a mortal sin. The fact that he is actively encouraging children to fall in this way is even more perverse.

The rampant sexualization of children is the other unpalatable aspect here. How far have we fallen when we legislate to protect the rights of children to sodomise each other? And not only that but to do it under the auspices of religious schools?

There is a comment from a reader called Ian at the quoted article that I wish to include here in full as it is illustrative of the perils of the cult of individualism.

“So I enroll my child into a Christian kindergarten and despite the best efforts of some on this forum and the school, my child starts to wonder in year 7 and 8. And despite the schools best efforts to say homosexuality is a sin, my child comes out in year 11, way after he started there and well established in the school community, as are we his parents who may still be as heterosexual as when the child was enrolled (or may still be homosexual as when enrolled), may now be divorced and possibly in other relationships (hetero or homo) or may just still be married but in a swinging lifestyle. My child should have his/her important final 2 years schooling turned on its head?”

“My point – circumstances change and quite simply no one should be made to feel bad for it!”

The cult of not making anybody feel bad for their own actions. My child has fallen and become a sodomite but why should he be made to suffer the awfulness of feeling bad just because he has chosen a life of sin? Far better to undermine the entire religious establishment that has been built up over a few thousand years rather than have one little sodomite suffer the feel bads.

One wonders if this argument can be extended to all types of deviant behavior. “So my son has turned out to be a devil worshiper and a satanist, and has been sacrificing neighborhood pets in satanic rituals. Why should he be made to suffer by being excluded from his final two years of schooling?? I mean, circumstances change and no one, I repeat no one should be made to feel bad for it!!”

Notice also the total lack of any sort of shame on the part of the father in this little anecdote. The main consequence of eradicating shame from society is that all behaviors will thus become acceptable. One only has to shout that he or his child has the great feel bads and this supposedly will put a stop to any and all criticism. It is yet another version of Shut Up! that permeates so many aspects of our modern societies. We supposedly pride ourselves on the enjoyment of free speech and yet we have voluntarily come up with more ways to shut each other up than at any point in history. The only shame that now exists is the shame felt when someone strays from the approved line and says the wrong thing.

The gay circus seemingly has no end point, although they can’t go much further than making it compulsory. It has been barely twenty years since we started accommodating the sodomites in their chosen hobby and look where we have ended up. This will only end one way; in the near future gay men will long for the days when they would be routinely beaten up on a Friday night down at the public toilet block.

And heaven help us all when those poor souls who have had the cult of transsexuality forced upon them become adults and realize with a profound sense of loss what has been done to them. If you think incels with a gun are scary wait until those poor bastards start shooting.

And all done under the watch of the Coalition. How many more final nails in the coffin does conservatism actually require?