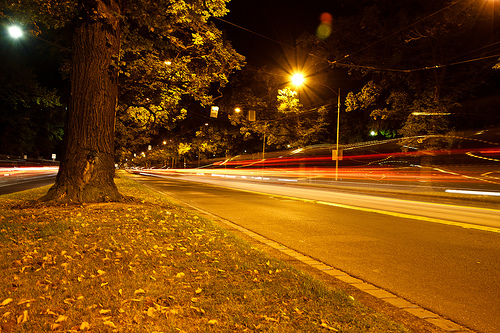 I am a man living in Melbourne, and contrary to popular opinion, I don’t require lessons on how not to rape or murder. Another interesting fact that you won’t find readily available in our public discourse is that I too don’t want to be raped or murdered. As a result of my need to maintain self-dignity and a pulse, I keep myself in good shape with a good level of physical strength, and maintain my competency in kickboxing which I started doing when I was young. Not only does this greatly reduce my chances of lying cold in a chalk outline somewhere, but it gives me an inner strength that allows me to deal with issues with a good amount of endorphins that keeps me from overreacting or lashing out. I’m confident and possess no desire whatsoever to denigrate my fellow man. I’m respectful to everyone – particularly the elderly – I don’t use foul language in public, I allow fellow motorists access to my lane if required, I throw my rubbish in the nearest bin. I have absolutely nothing to prove because I’m confident in my abilities.

You may be wondering why I feel the need to make such a proclamation, and no doubt such an espousing of toxic masculinity will be likened to rape in some circles of academia, but in the light of recent statements in the media, I think it’s important to shed light on a few overlooked facts. Key among these is the fact that confident people who feel good about themselves feel no need to harm others in any manner whatsoever.

Following the rape and murder of aspiring Melbourne comedian Eurydice Dixon in Melbourne’s inner north, there was an appropriate and quite touching outpouring of grief from the community which was also echoed across the media. The reasons were quite obvious. She was a young lady walking alone at night in a part of the world where she should be free to feel safe, and frankly, not have a care in the world. Yet she was taken from this life in a starkly sickening manner by a cretin of immeasurable malice.

While much of the outrage in response to this heinous act was thoroughly justified, a couple of statements and sentiments have confused me slightly. Chief among these statements and sentiments is the notion that this is a man vs woman issue and that men in general need to do more to halt the reprehensible acts being carried out in our streets. I wouldn’t have too much of a problem with this if the implication was that I should form a band of merry men, arm ourselves with clubs and Warhammers and inflict blunt trauma on anyone we find committing mischief against the public order. Alas, that’s not the implication.

The implication is that we need to turn our attention inward, past all of the foul intentions of rape and murder that we all inherently possess and find our inner sweetlings. We need to disavow the belief system that we apparently possess that implores us to violate women, gut fellow humans and plunder. Supposedly, this is something we enthusiastically abide by and love to while away the hours with, or at least Lisa Wilkinson seems to think so.

As another young life is cut short, Lisa Wilkinson asks if it’s time for the advice around women’s safety to change.

One must concede however that men are the more violent sex of the species. There’s no getting around that. Everything from psychological profiles to raw statistics on crime, men in contact sports, incarceration rates or numbers of men that sign up for active service in the military will tell you this. It’s erroneous to suggest that we don’t possess an inherent bloodlust. What’s key in maintaining a harmonious society is the manner in which natural aggression is channelled and harnessed. This is what makes the difference between a Jujitsu black belt and a thug. A soldier and a murderer. A vandal and a builder. An artist and a rapist.

Policemen, Firemen and other men in the emergency services, along with soldiers and martial arts experts feel little to no need to bully, harass or harm others. Contrarily, they seek to put themselves in harm’s way and clash with forces of nature and ill intent if it maintains the well-being and safety of the non-belligerents in our society. It’s an easily observable trend that a man who has attained a black belt in a martial art is far less likely to bully than someone who has not. It’s also no secret that bullies have low self-esteem, and much of the male prison population comes from homes where there has been little in the way of strong male role models.

What this indicates is that we need to strengthen our boys, not weaken them. Milo Yiannopoulos famously decried that when any man proclaims that they are a feminist, you can start the countdown clock on the rape charge. Indeed, very few things are more dangerous than emasculated men seeking approval from weak peers or women. Seeking approval of peers may be natural but men without balls is not, and it is this type of combination that is creating the predators within our society.

The crucial factor in good behaviour starts with our boys being given every opportunity to be their aggressive little selves within boundaries, and not told that their behaviour is unnatural. Unruliness can be harnessed and honed into something positive and even incredibly beneficial. Let them read comic books, and from there they’ll be introduced to Machiavelli and Shakespeare. Let them run around the yard and get filthy, and from there they’ll play sport and become athletes. Give them a few blocks and toy cranes, and they’ll eventually build skyscrapers. Give them a few things to break, shoot and chase and maybe they’ll become Commandos or Police Commissioners.

There is no such thing as toxic masculinity, and the only toxins in any discussion of that ilk emanate from those who feel threatened by strength.

Failing these suggestions, we could at least show a bit of consistency when making grand, sweeping generalisations and attributing blame accordingly. For every billboard that insists men should respect women there should be a billboard saying that African migrants should respect the laws of the country they live in. Muslims should stop murdering the innocent in the name of their faith. Indigenous people should get jobs. Asians should learn to drive and so on. Our options really are to either denigrate each other equally or start making some positive changes that shape our future. What an abysmal shame it is that we struggle with such simple concepts.