On Tuesday night Tony Abbott decided to make a speech to the Sydney Institute calling for a reduction in Australia’s immigration levels.

He went on Andrew Bolt’s Sky News program to reiterate the same line.

WATCH: Tony Abbott says Australia needs to cut the immigration rate if we want wages to rise and housing prices to drop. On The Bolt Report, Sky News AustraliaMORE: http://bit.ly/2Fhq7Nc

In his speech Abbott identified mass immigration as a driver of soaring house prices and downwards pressure on wages growth stating:

Well that sounds sensible. Abbott went on to say:

“If it helps wages to grow more strongly and makes homes more affordable …At least until infrastructure, housing stock, and integration has better caught up, we simply have to move the overall numbers substantially down… Scaling back immigration acknowledges that government’s first duty is to its own citizens.”

Well that would certainly help many Australians who are struggling. And Australian politicians putting Australian citizen’s interests first would be a refreshing change.

This all sounds like common sense, so why hasn’t it been done before?

“All too often … the people charged with sorting out our difficulties don’t have to suffer them… It’s easy to dismiss street crime when you live in an upmarket suburb and don’t have to use public transport or drive long distances for work.”

More common sense; politicians are wealthy and thus insulated from the problems caused by mass immigration, so of course see it as less of a problem than many of their constituents.

If only it weren’t just another backbencher saying this, if only it were someone with the power to do something about such an obvious problem with such an easy solution. 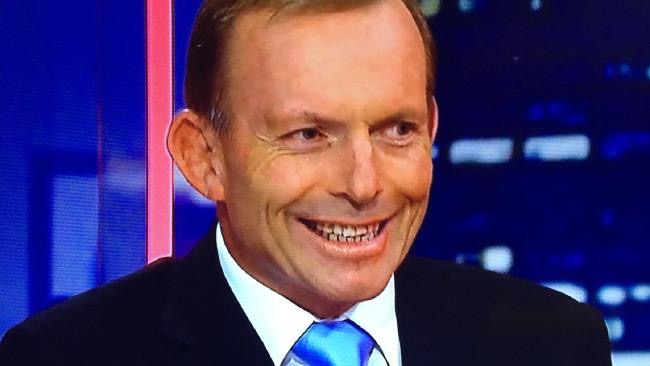 Wait Tony didn’t you used to be the Prime Minister?

And while you were Prime Minister in 2014 didn’t you increase the refugee intake from 13,750 to 18,750? And didn’t the pace and scale of other immigration grow while you were in the big chair?

Why didn’t you do something about it then Tony? Didn’t you care about the ordinary people getting their wages undercut while the price of new home for millennials went from an aspiration to almost a fantasy?

Where was this common sense then Tony? Where was this wonderful insight you only seem to have recently picked up? Why, when you openly state in the same speech that you know that it is within the purview of the Prime Minister to reduce immigration at any time without even needing to pass legislation, did you not do so?

I’m sure we’re all fascinated to know where this recent epiphany of yours has come from. Perhaps you could share this elixir of seeing-the-bloody-obvious with current members of Malcolm Turnbull’s cabinet? Maybe then they wouldn’t spout such asinine crap as Mathias Cormann did when he responded to your comments by saying: 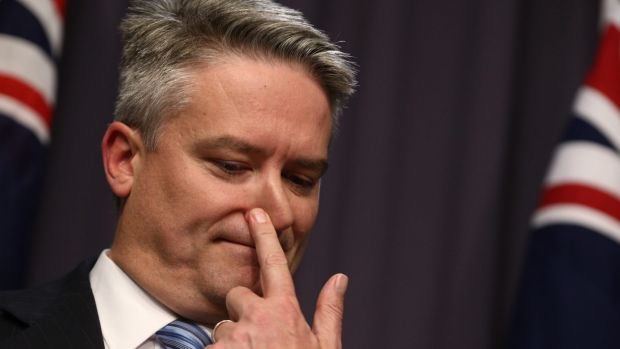 Good thing Cormann works in the public sector or he might have to face the reality that when you import people with specific skills, it drives down the price of labour for those with the same skills who were born here. It also removes all impetus for corporations to train locals when a cheaper, qualified foreigner is only a plane ticket away.

Then again being a skilled immigrant himself I doubt he sees that as a problem.

I hope his confidence can somehow be transplanted into the commuters driving three hours a day on overcrowded roads to jobs with stagnant wages just so they can buy an insanely overpriced house way out in the burbs so their kids don’t have to go to schools filled with all these people he imported to “Make Australia an even greater place”.

But let’s be honest. The reason Cormann is shilling for high immigration now is the same reason Abbott did it when he was on the inside looking out. The Liberal Party gets a large proportion of their funding from the corporate sector and that sector wants more cheap labour imported.

And we know exactly why Abbott is bringing this up now. Just in the last month his Warringah motion which would have delivered a greater say to the NSW Liberal party’s conservative base was shot down by that branches’ left wing power brokers. Abbott is losing a furious power struggle inside his own party and this speech is a way to both motivate his supporters and strike a blow at Turnbull, the man who replaced him.

When Abbott was Prime Minister there was no political capital (internal or otherwise) to be made out of immigration since the spectre of votes, members or donations drifting to Pauline Hanson or Cory Bernardi didn’t exist. Abbott hasn’t just suddenly realised that Australia’s immigration program fails to put the interests of Australia’s citizens first, he knew all along. There was just no benefit to him personally or politically in doing anything about it.

Which is why, despite the presence of a few increasingly lonely voices of sanity inside the Liberals (such as the war hero Andrew Hastie, the Bandt-humiliating Jim Molan and the terrorist-deporting Peter Dutton) your first preference vote should remain firmly to the right of the party of leftists in light blue. The Libs wouldn’t be saying anything about this issue if it weren’t for people voting One Nation and (potentially) Australian Conservatives.

If you want them to not only continue talking about this issue but (gasp) actually follow through on their hot air, then the carrot of your vote needs to remain tantalisingly dangled above their nose, not chomped between their teeth.

As for Tony Abbott, his recent Damascene Road conversion sadly illustrates that politicians are politicians. They know mass immigration is hurting the average Australian citizen, fundamentally changing our way of life and transforming our country into something radically different to what it was. And when they’re no longer in any position to do anything about it they can sometimes even bring themselves to say so out loud.