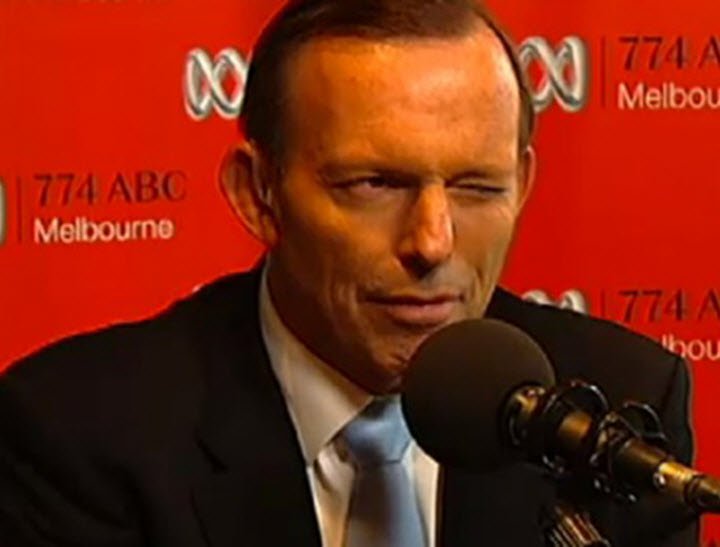 On Tuesday night former prime minister Tony Abbott made a fairly innocuous speech to the Australia Institute on the subject of immigration. The gist of his speech was that the current levels of immigration are doing damage to Australia and that the numbers should be reduced until infrastructure and integration can catch up with a quarter of a million new arrivals every year.

The following day a firestorm of criticism erupted in the media. But it wasn’t the media itself or the Federal opposition that were shouting for Abbott’s head; it was his parliamentary colleagues from his own party. Their anger was incredible to behold and amounted more or less to calls for Abbott to slink off and die.

Their great anger reveals their great complicity. The only reason that Abbott’s speech so upset them is that Abbott spoke the truth. The Liberal party have spent their past two electoral cycles in government systematically betraying the Australian people by continuing with immigration policies that are destroying the country.

Yesterday Abbott responded with a short opinion piece in The Australian newspaper. The first sentence set the tone.

“One thing I am not going to cop is gratuitous criticism from ministers who are only in government because I led them there.”

Abbott then laid out the faulty reasoning behind some of the defective arguments against his proposal that were put forward by his colleagues.

“Acting Prime Minister Mathias Cormann said I was wrong to criticise the experts. Actually, experts provide advice but it’s government’s job to make decisions. If government were required to take public-service advice, there’d be no point bothering with elections. One of this government’s failings is that it too often takes advice from the “experts” who got us into difficulties in the first place.”

It’s simply extraordinary to comprehend the fact that such an important policy has supposedly been under the guiding hand of the nebulously defined profession of “experts”. One of those experts who worked in a senior position in the Department of Immigration from the early 1990s to 2007 was a chap called Abul Rizvi. In his time at the department Rizvi was the Deputy Secretary responsible for policy development and implementation in the areas of migration and temporary entry, refugees, settlement, citizenship and multicultural affairs. He is also a Muslim. Truly we do this to ourselves.

Rizvi wrote a piece for the far left journal The Guardian where he attacked Abbott’s speech.

“The immigration causes slow wages growth furphy is similar to the old immigration causes unemployment furphy. For a guy well versed in economics, it is surprising Abbott ignores the fact immigrants impact both the supply and demand side of the economy.

“Yes, they add to labour supply and thereby put downward pressure on wages but they also add to aggregate demand both through the savings they bring to Australia (overseas students paying full fees for their courses, for example) and the money they spend setting up new households.

“Skilled migrants in particular add much more to aggregate demand than to aggregate supply – this creates jobs and puts upwards pressure on wages.”

It is instructive that the word ‘furphy’ appears so soon in this screed as everything that Rizvi has claimed in simply untrue. The mass importation of labor, whether skilled or unskilled, is not a value adding activity. As Mill’s fourth proposition on capital states, “Demand for commodities is not demand for labor”. In other words, you cannot increase the number of people employed by increasing the demand for goods and services. And you most certainly cannot increase the amount of people employed by increasing the number of people.

Aggregate demand and supply refers to the amount of goods and services that already exist, and if they do not already exist then the means to produce them. Migrants will only add value to an economy if they are entrepreneurs.

The rest of Rizvi’s piece is similar blather that has been thoroughly discredited by Lucas Roses in an excellent piece over at XYZ.

But real economists, and even those on the conservative side of politics, are similarly deluded by the current immigration crisis. Writing on his own site, RMIT economist Sinclair Davidson also attacked Abbott’s speech.

The solutions to those problems include:

tougher sentencing for violent criminal behaviour, and truth in sentencing.”

But apparently immigration has nothing to do with any of these problems. And even if it was the government solely to blame, (although we could indeed blame the government as they let all of these migrants in to begin with), what is Davidson’s proposed solution?

“To be fair to Tony Abbott, a lot of that involves both the commonwealth and state governments getting off their bums and actually doing stuff. But quite frankly, until he starts talking about actual solutions to real problems, all this anti-immigration talk is just a waste of everybody’s time.”

In other words, governments caused all these problems so we need them to do more. Simply incredible.

Why is it that economists are so willing to invoke the law of supply and demand on every aspect of economics except that of immigration? It is so typical of the libertarian mindset that swallowed the leftie lie that people around the world are all the same.

If you import masses of low skilled labor that will work for peanuts just to survive then wages will fall or at best stagnate.

These same masses of cheap labor will compete with young people who are just entering the workforce and attempting to acquire workforce skills in low positions so they can get a foot on the ladder. 30 years ago when we were teenagers a bunch of us worked in service stations as a first job. I challenge you to find an Australian teenager working in a Melbourne service station today.

But back to Abbott and the final paragraph of his opinion piece:

“It’s wrong in principle to let Treasury’s accounting rules determine what’s in our national interest. It’s ridiculous to accept that boosting immigration is just budget upside, as if Treasury really ­believed that population policy could fix the deficit. Most of all, it’s wrong to have a senior minister who invents things to score a cheap point against someone on his own side.”

Rumor has it that Abbott is going to lose preselection for his seat for the next Federal election. The Liberal party, who have moved so far to the left that their party name is now accurate, wish to silence Abbott by unceremoniously dumping him. He could well stand as an independent and win. But even more interesting would be a move to Cory Bernardi’s Australian Conservative party. Such a development would put the new party squarely in the frame for the majority of the population who as of this point haven’t heard of them.

When criticizing their colleague and former leader a tactic often utilized is that of attacking Abbott for the mistakes he made when he was prime minister. But Abbott has a gifted mind, and unlike his mediocre colleagues he has learnt from his experiences and updated his strategy. The more that the Liberal party scream every time that he opens his mouth then the more certain he looks to be on the right track to have a serious effect on future Australian politics.