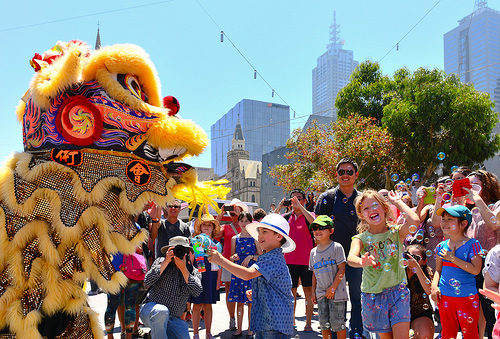 There are two good blondes at The Australian who generally make a lot of sense. Janet Albrechtsen is these days too socially libertarian in my view, but she plays an important role; today she has an article about how Jordan Peterson drives the left crazy.

Judith Sloan is a little more workhorse, sticking mostly to economics. But she sticks well, and she can clearly see through BS:

“But where Morrison is on the weakest ground is immigration policy, which may surprise ­readers because he was the immigration minister. The truth is that the immigration department (now part of the Department of Home Affairs) and Treasury feed successive ministers misinformation, half-truths and unfounded warnings about immigration to keep the migrant intake high while maintaining permissive — some would say lax — regulations.

“Now I don’t use the term conspiracy often. But I have come to the conclusion that there is an immigration conspiracy going on involving Canberra bureaucrats and politicians, among others, who are only too happy to overstate the benefits of immigration while downplaying the costs.

“And there is always that draw card that can be played when Australian-born residents object to high rates of immigration or other aspects of the immigration program: it is because they are intolerant, racist rednecks whose views should be ignored.”

That’s what we’ve been saying at The XYZ since forever. Or at least since May 2015. I reckon she reads The XYZ too.

“If corporations can import someone from overseas to do a job they get the double bonus of not having to train your son or daughter to do it, as well as forcing anyone born here who does already have those skills to work for less.”

“..to mention immigration as a means of addressing skill shortages is surely the ultimate cop-out. If there are continuing skill shortages, it is surely incumbent on the federal and state governments to ensure that these jobs can be filled by locals rather than allowing businesses to take the easy way out and bring in skilled migrants.”

“They don’t care that the mass importation of humans from all corners of the globe is destroying our urban environments and has almost ludicrously outpaced our infrastructure.”

“We also should note that most economic studies of immigration simply do not take into account the costs of immigration, such as the loss of urban amenity, ­additional congestion, stress on ­infrastructure, including schools and hospitals, and environmental pressures.

“There is little doubt that were a figure to be put on these other costs that immigration would be imposing a net cost on many parts of Australia, particularly in Melbourne and Sydney.”

“As even the “experts” are forced to admit, it puts downwards pressure on wages and increases the size of the local market as well as allowing large companies to import skilled people rather than training Australian citizens.”

“When it comes to the distribution of the economic benefits of immigration, it is businesses, workers with complementary skills to the migrants and the ­migrants themselves who hoover up the gains. In fact, it is overwhelmingly the migrants and their families who gain the most. Workers with skills that compete with those of migrants lose out.”

The Wang Show two weekends ago:

Wang Show 0014: Congratulations, you have been selected to join my population ponzi

“And don’t be fooled by the idea that immigration is a solution to an ageing population. The Productivity Commission has made the point on multiple occasions that the impact of immigration on the demographic profile of the population is small and doesn’t last without ongoing higher immigration. That’s why many people call immigration a Ponzi scheme.”

The one that really gets me is the argument about GDP. If I can digress for a moment, my main fields of study are music, history and politics, so I prefer to leave it to others to write about economics. But I have gleaned something over the years. It’s why I could pick straight away the reason why Emma Alberici’s article got pulled by the ABC – she trotted out the standard economically illiterate (and standard union and anti-Trump talking point) line that businesses rolling over their losses into subsequent years means that ‘most corporations don’t pay tax’. In the latest FAQ Livestream, you can listen to how I attempted to pick the brain of Matty’s Modern Life on this. I made the point that I could see where the chief economic correspondent of the ABC had stuffed up, and I’m just a flog. (We will be publishing a full response by Matty to said article tomorrow morning.)

Similarly, when I read Greg Sheridan, (one of the journalists who motivated me to do what I am doing) arguing the following, I, said flog, could pick it straight away:

“In fact, immigration makes the economy bigger and makes, over time, everyone more affluent, provided it’s a well-run program.

“Dutton, the cabinet’s leading conservative, yesterday pointed out that with two-thirds of our intake being skilled immigrants, the economic benefits to Australia are very substantial. As the Productivity Commission has pointed out, skilled migration increases productivity.”

I’ll leave the explanation to Sloan:

“Let me emphasise, however, that the only legitimate measure of the economic impact of immigration is per capita gross domestic product (or other per capita measure of national ­income). Sure, having more people is associated with having a higher GDP, but this is not the economic measure we should be interested in.

“This is where part of the conspiracy comes in. Treasury is so keen to see GDP continue to grow — don’t forget we have had more than a quarter of a century of continuous growth apart from a negative quarter or two, and thereby providing an ongoing bragging line for the government — that dips in the growth of GDP per capita are studiously ignored.”

One might also ask whether, if GDP growth is dependent upon continued mass immigration, is our economy actually sustainable?

The only point of difference I have with Sloan is her assertion that consulting the views of ordinary Australians regarding immigration is “not populism.” Of course it is populism. But there is nothing wrong with populism.

It is great to see this pushback against the globalist line. If there is anything we have learned from the left, (and we should study them closely, given they keep winning) it is that now is the time to demand more.

We need to bring immigration down to zero. We need a ten year moratorium on immigration, to allow our infrastructure time to catch up with population growth, to ease cost of living pressures on ordinary Australians, and to reverse the demographic decline of real Australians.

And if we do take in any refugees at all, they should be white South Africans and whinging Poms.