On Wednesday 13 of December, there was a rally in the city, organised by the Coalition Against Israeli Apartheid and the Palestinian Community Association of Victoria, protesting Trump’s decision to recognise Jerusalem as the capital of Israel. 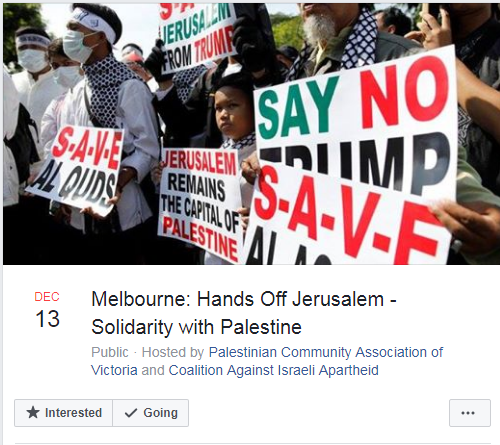 The Islamic Council of Victoria participated. 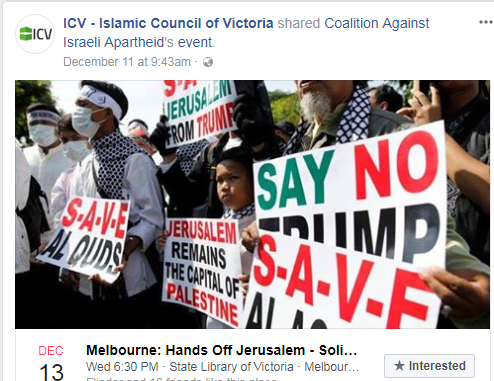 There was a counter-rally organised by Avi Yemini, the self-described ‘proud Ozraeli’, in support of Israel and Trump’s decision. Avi livestreamed the whole thing and uploaded it to his Facebook.

#LIVE from the streets of Melbourne to stand with Israel and against Islamic terror.

The Campaign Against Racism and Fascism claimed on their event page that there was “a real danger that he [Avi Yemini] and his fascist mates will be the source of violence against the Palestinians protesting Trump’s outrageous decision to move the US Embassy to Jerusalem.” They appealed to their supporters to “join us in defending the Palestinian rally against racist and fascist violence.”

Despite their rhetoric, it is obvious from the livestream that the counter-rally was small and non-threatening. 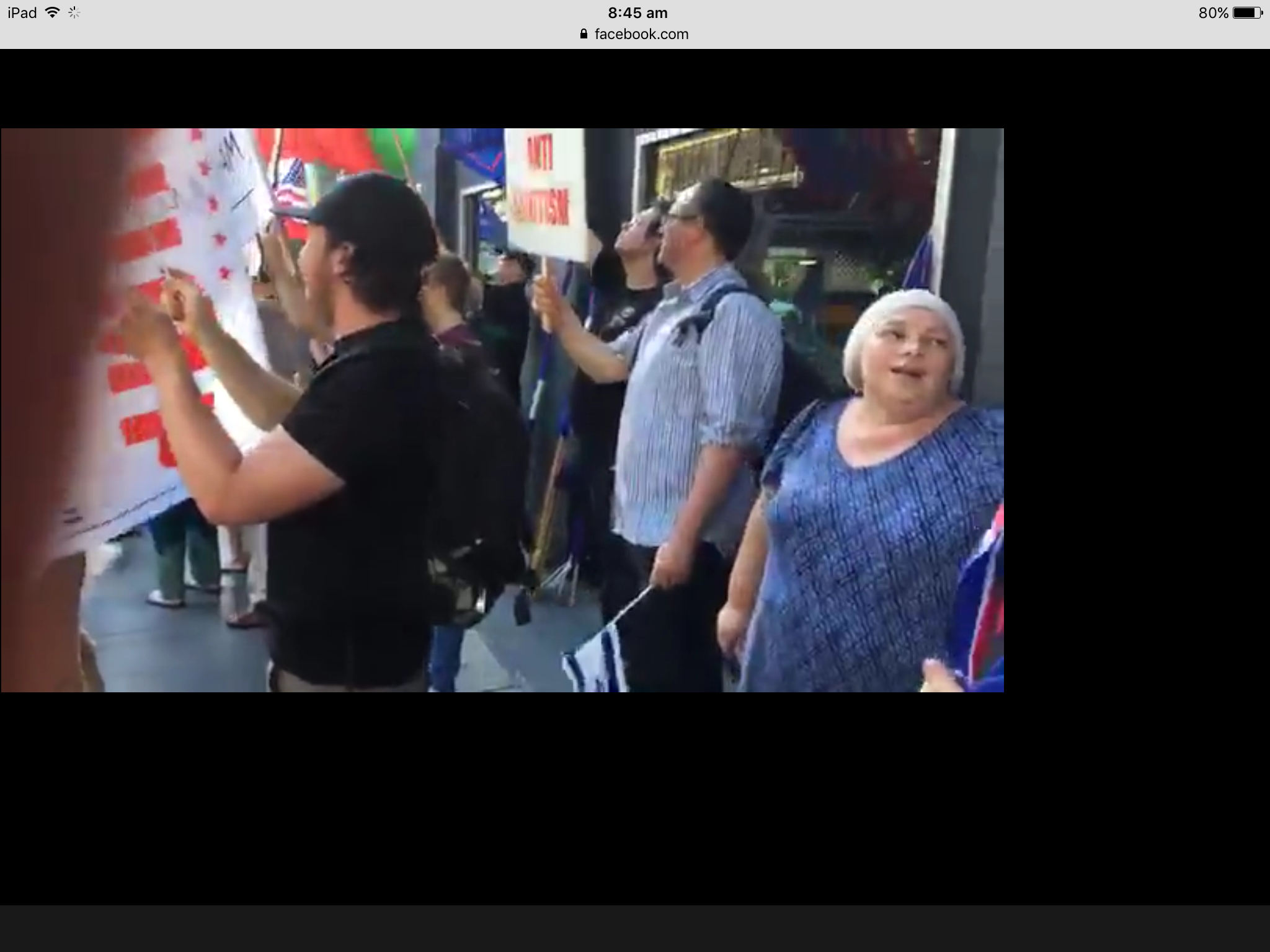 It began with the Australian national anthem, and followed it up with Jewish music, readings from the Old Testament about Jerusalem, and speeches from Avi. 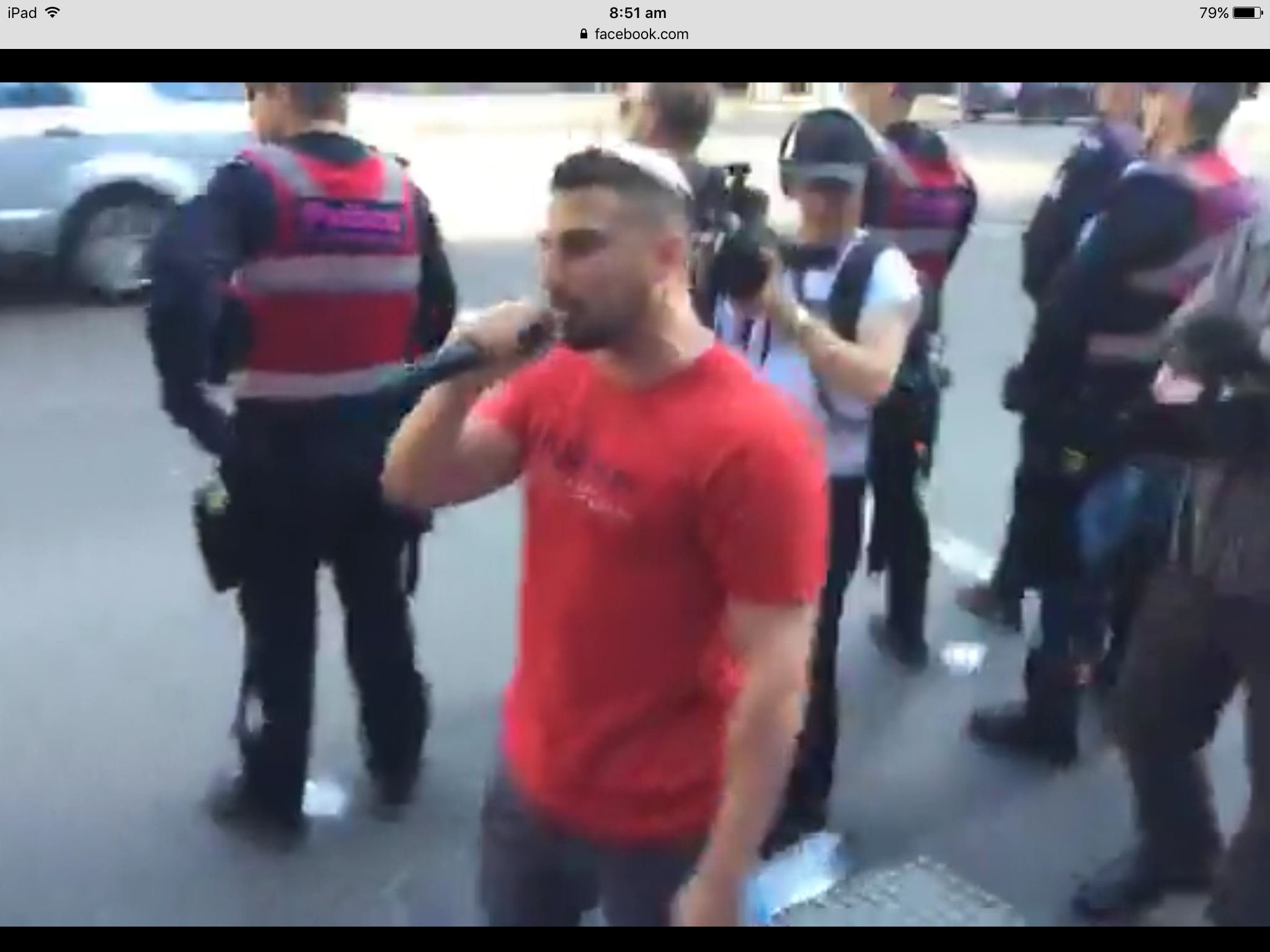 The police presence was large, and they kept the peace efficiently and well, with no need for extra assistance from CARF. A double line of police, one on each side of the road, faced away from the counter-rally and towards the Palestinian/Socialist/CARF protest. 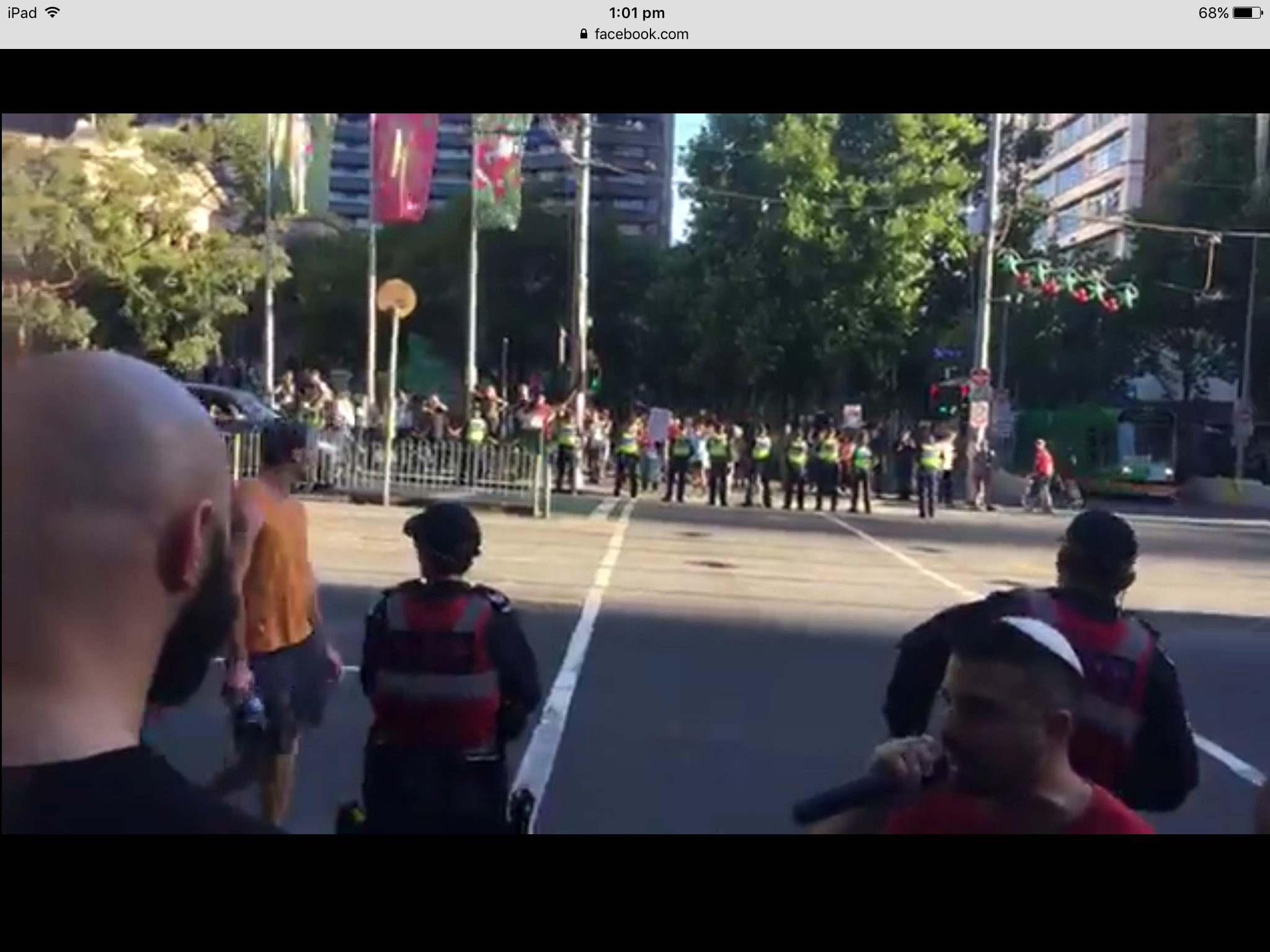 Observing via the livestream, one also notices the flag of Hezbollah, a listed terrorist organisation. Two men in the crowd wore the flag draped around their shoulders, while they shouted and waved their middle fingers at the small group across the road, which was comprised mainly of Jews. This incident may be seen at about the 56 minute mark on the livestream. 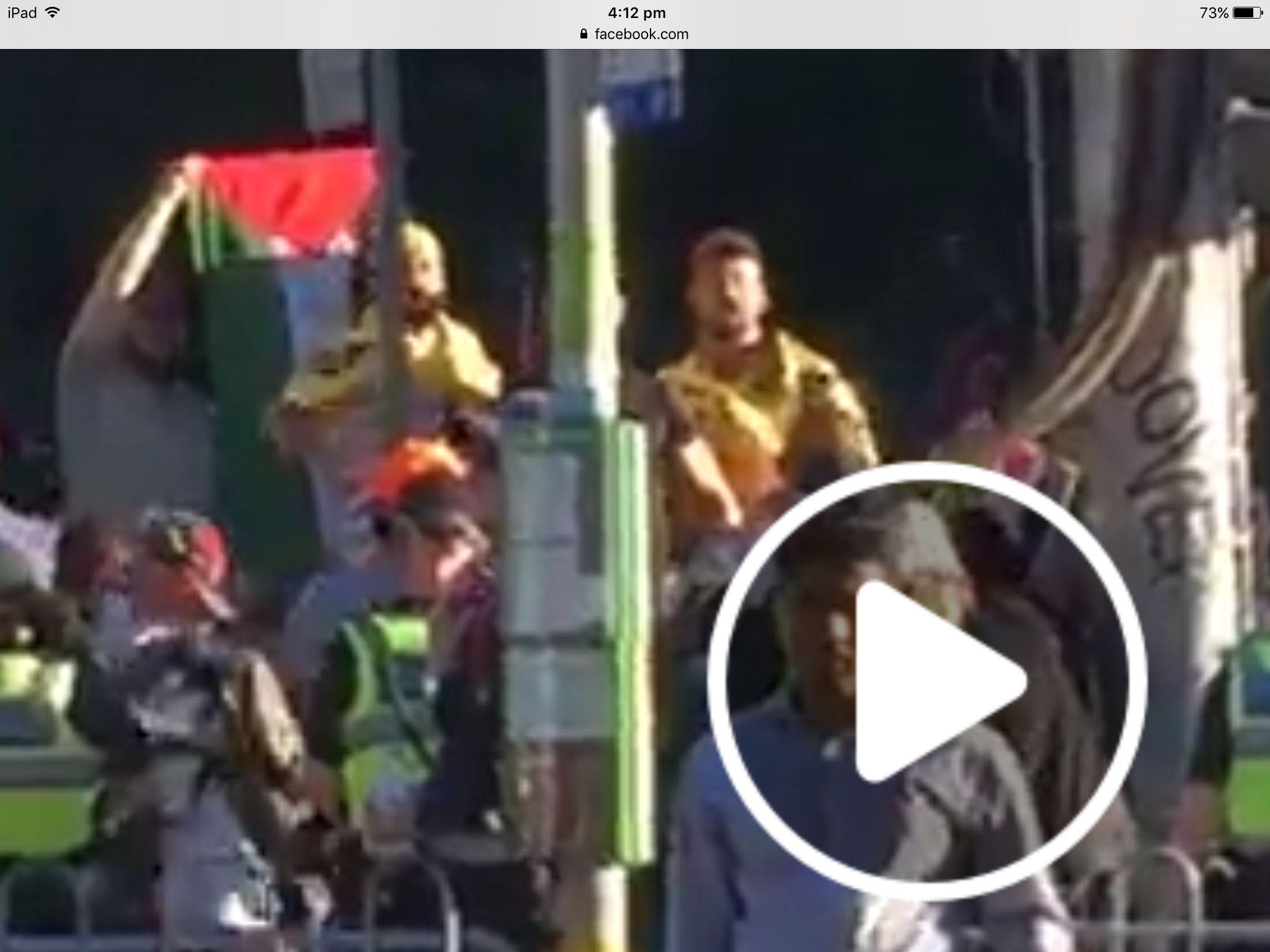 It seems that the flag’s appearance was not a brief or isolated event at the rally. The two men decked in Hezbollah flags led the march through the streets of Melbourne.

More photos from the event, showing the rally, the counter-rally, and the Hezbollah flags, may be found at Wardenclyffe Photography.

The XYZ contacted Avi Yemini for comment, and asked how seriously Australians should take the presence of the Hezbollah flag on our streets. “Very,” Mr Yemini answered. “It shows that these ‘moderate Muslims’ support Islamic terror and are proud to publicly display it. They don’t share our free Western values.”

When asked his view on the objectives of Hezbollah, Avi Yemini replied, “As stated in their mission statement. To murder all Jews.”

Hezbollah’s External Security Operation is listed on www.nationalsecurity.gov.au as one of 25 listed terrorist organisations, for planning and engaging in terrorist acts “with the intention of advancing Hizballah’s political, religious or ideological causes”.

When asked for a statement on whether it supported or condemned the presence of the Hezbollah flag, the Socialist Alliance Melbourne responded: “Do you support or condemn the presence of nazis [sic] and trump [sic] supporters at the far-right counter-demonstration to the event on Wednesday night?”

The remaining organisations have not responded to a request for comment.

The XYZ deplores the presence of terrorist flags on Australian streets, and anticipates statements clarifying the position of the above organisations in regard to the terrorist group Hezbollah.