We are told every time there is an Islamic terrorist attack on a Western country or on Western people that we should not give in to hate, we should not blame Islam, because the terrorists want to divide us.

The way Islam plans to win is by demographic war. Outbursts of violence, whether terrorist attacks, occasional invasion, or outright genocide, are a psychological tactic to demoralise the West into giving up on the demographic war. The violent Muslims play the bad cop in a bad cop-good cop routine with “moderate Muslims”, whose role is to turn our outrage back on ourselves, and leverage the natural care for the other – which is inherent to Westerners – against ourselves, against our own interests. They claim Islam does not condone violence, when in fact violence is at the very origin of Islam, but the scared among us are only too eager to believe them. Thus, if Islam is not the problem, it must be us.  This is why “moderate Muslims” are in fact part of the problem.

The irony of all this is that we of the West, of Christendom, of Europa, are already divided. We are divided between those of us who understand whom our enemy is and are prepared name it – Islam – and to fight it; and those of us too cowardly to face it. 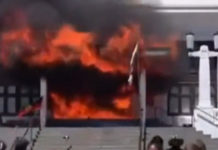 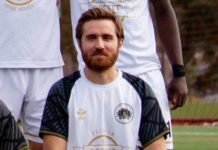