The President of France, Franciois Hollande was quoted today, stating: 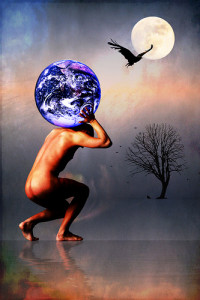 future of the planet, the future of life,” French President Francois Hollande said in an opening speech.

“The hope of all of humanity rests on all of your shoulders.”

Was the president referring to the recent Paris attacks and the existential threat we face with Islamic terrorism?

The French president was talking about climate change.

Around forty thousand delegates have flown into France over the last few days to condemn the burning of fossil fuels (which is how they managed to travel of France) and to prophecy that if we don’t change our (their) actions soon, the end is of the world is nigh.

President Hollande, we hereby award you with XYZ’s quote of the day for Tuesday 1st December, 2015.