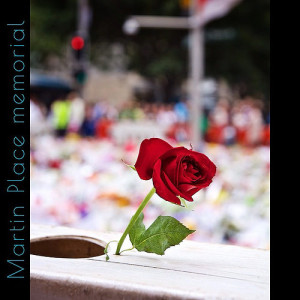 Today, the 15th of December marks the one year anniversary of the Martin Place siege where Man Haron Monis took patrons of the Lindt cafe hostage.

Monis claimed to be acting on behalf of the Islamic State, and forced hostages to hold up Islamic flags in the shop windows. Tragically, two hostages lost their lives in this attack.

For the most part, this act of terror drew our nation together, uniting us in defiance against terrorism and tyranny. Martin Place, the scene of this murderous attack on our nation and culture became a sea of flowers as people poured in floral tributes for the victims, remembering especially Tori Johnson and Katrina Johnson who were killed.

Earlier in 2014, Tony Abbott was ridiculed by the left wing media for calling on Australians to be united in “Team Australia”. Abbott was accused of using divisive language when it was everything but.

One year after the Martin Place attack, the world seems to have grown darker. What was such a shock to our nation seems to have become commonplace around the Western World. Sydney was to face again the terrorism murder of Curtis Cheng in October, two deadly attacks have wreaked carnage in Paris over the last 12 months, plus we just faced the terrorist mass shooting in San Bernardino in the United States only a few weeks ago.

How should we in the West respond to the increasing frequency of these terror attacks on our people and our culture?

All cultures are not equal – that much is patiently clear. The culture of the West represents a blip of freedom and prosperity that contrasts most other times, places and cultures. We ought to cherish what we have, defend it, and stand united. Otherwise, we might just lose it.