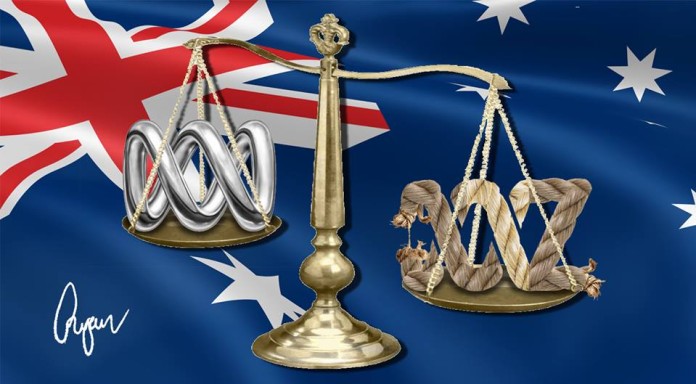 Just over 6 months ago, XYZ broke onto the stage of Australia’s media. And what an incredible time is has been!

In this short period of time, XYZ has established itself as a growing news and commentary organisation dedicated to the principles of Classical Liberalism, filling a gap which has been neglected by the ABC and Australia’s public broadcasting in general.

XYZ is catering to the needs of Australians who believe in free speech, free markets, and freedom from regulation. Most importantly, we have the decency to openly declare this bias, unlike the ABC, which is funded by the Australian tax payer to the tune of more than $1 billion a year.

Since no individual or organisation is truly objective or unbiased, the best we can do is ‘Balance the scales.’ So, in order to help restore the balance to Australia’s public broadcasting, XYZ is seeking an obvious compromise and humbly requests the Federal Government transfer half of the ABC’s budget over to the XYZ.

We encourage concerned citizen to write to the Prime Minister and their local about this urgent issue! – With just a few hundred million dollars, we at the XYZ will not let the Australian public down!

Prime Minister Malcolm Turnbull, all we want for Christmas is $500 million.