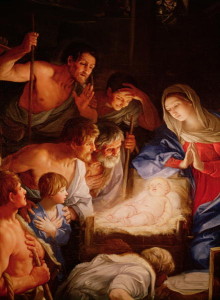 Some years ago I attended a very important work related conference in San Diego (okay, it was a junket). So packed was the agenda at said conference, I had only three days to spare to take the wife and one offspring (travelling at own expense) to Disneyland. That was in addition to the side trips to the famed San Diego zoo, Las Vegas, and Tijuana, although I wish someone had told me in advance that TJ was probably the most dangerous city in the world at the time!

It happened that the season was the festive one and Disneyland was to put on its famed parade, we assumed, with a certain Christmas flair. Wrong. The only thing I remember, apart from the very cute looking actress dressed as Snow White and the excruciatingly long lines at each attraction, were the words ‘Happy Holidays.’ The phrase was everywhere – on banners carried by marchers, on publicity material, on the lips of the MC whose voice boomed out across the park. ‘Happy Holidays.’

It just doesn’t have the same ring as ‘Merry Christmas’ or ‘Happy Christmas’ if you prefer. I tried to warm to it whilst in the States, just as I tried to drink Budweiser, flirted with chilli dogs, and wasted more time that I care to remember trying to understand the mind numbing spectacle that is American Football. But I just can’t do it. Here in my city Down Under we have a ‘holiday’ for a horse race, a football parade, for no apparent reason, for the national day, and the Queen (not in that order). Holidays are nothing special. Just another day really.

But Christmas is something different. Christmas is a living remnant of the etymology of both holiday (‘holy day’) and festive (‘feast day’), and this links it inexorably back to its actual roots and origins, for Christmas is, indisputably, the ‘Christ Mass.’ Whatever you think of the incarnate Son of God, that is, the deity veiled in flesh (and if that seems overly theological, then revisit the lyrics of ‘Hark the Herald Angels Sing’), this cannot be denied. The fact is, and it is a fact, Christmas is a Christian festival, a Christian holy day, and a Christian observance, celebrating the coming of the Christ-child into the world. Reject him if you want, but don’t try to pretend this is a ‘happy holiday’ like any other.

And if the thought of living through a Christian festival is all too much for you – there’s always a madrassa in attractive, if tsunami prone, places like Aceh to attend instead, or an ashram on the silk road to visit and so on. You wouldn’t disparage their observances. So don’t diss ours (speaking as one who adheres to the incarnation and accepts the virgin birth). And don’t patronise me with your ‘happy holiday’ crap either. Oh, and, Merry Christmas! 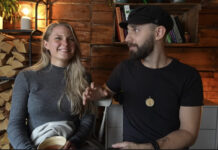 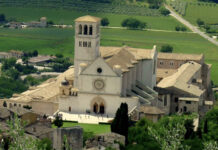