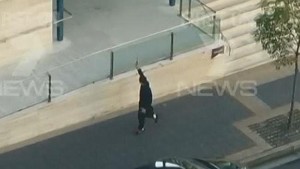 The problem we are dealing with in this country, and in just about every other country around the world with an Islamic population, is this… There is something within the religion of Islam that fosters violence among its adherents, violence that is often willfully directed against non-Muslims. There is something about the Islamic religion that makes its followers especially susceptible to carrying out acts of terror. The truth of this is as plain as it could possibly be – just about any, and every, terror incident across the world in the recent past has been carried out by adherents of this one faith. How many Islamic terrorist attacks have there been in recent years? Around 25,000 since September 11, 2001.

We do not hear of enraged Buddhists hacking the heads off captured infidels, or demonic Catholics shooting innocents in the back of the head as they chant the Hail Mary; nor do we have a problem with deranged Sikhs stoning women to death for adultery or pushing homosexuals to their deaths from high towers. We hear of this only among the adherents of one religion – Islam.

The latest outrage in Sydney, Australia, was carried out by a fifteen year old, who had just visited a mosque, clothed himself in a black robe, and was running up and down the street shouting “Allah!” To pretend this, or the many now tragically familiar incidents like it, have nothing to do with Islam, is to perpetuate an all but pathological state of denial and a near certifiable delusion. The truth is, we have a problem, and that problem is Islam. The problem is not with a perversion of Islam, and it is not with a tiny unrepresentative minority within the Islamic community, and it is not with a radical form of Islam. The problem is Islam.

It’s time to name it for what it is, and let the demented left shout racist and bigot all they like. The situation grows more serious day by day. We cannot afford to remain silent, with the jackboot of political correctness stifling truth and reason underfoot, for much longer.

The truth may be awkward, uncomfortable, and difficult to accept. I don’t enjoy pointing it out, and I take no pleasure in it. But that does not make it any less true. We have problem…