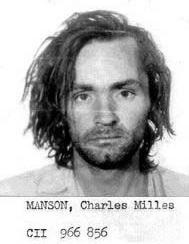 When Martin Bryant went on a killing spree, we didn’t feel sorry for his family and ignore the victims. We realised he was insane.

If a man plays a violent video game, dresses as batman, walks into a cinema and starts killing, people start screaming about violent video games inciting violence in unhinged individuals. Bill Shorten would seemingly direct his thoughts to the shooter’s family. Heaven forbid they taught him to shoot and told him to shoot and made him recite by memory the most violent book they could find.

No. I ask again and again:

Why is criticism of some horrble belief system forbidden when we can criticise so many other things?

Is it because criticism of a set of ideas is racist? No.

I really do not get it. I do not give a shit about Star Trek nuts. But if they start killing people as they think we are Borg or perverted robots or not from the Confederacy, what should we do:

Import all the friggin Star Trek nuts we can find? Give them a platform to recruit more Star Trekkers?

Critically dissect their belief system, engaged in damage limitation, remove them as a threat from our society: Racist! Bigoted.

That is how much frickin sense the whole thing is. It shits me.