Sensational CCTV footage has been released this week of an incident on March 1, 2021 which resulted in Thomas Sewell being arrested.

The footage from the Channel 9 office in Melbourne clearly shows the unlicensed security guard either grabbing or hitting cameraman Jacob Hersant in the throat before Thomas Sewell legally intervened.

Why has it taken so long for this footage to appear? pic.twitter.com/rhOnqmzcET

Why has it taken so long for this footage to be made public? pic.twitter.com/YIDcL4ugQZ

The incident occurred when Sewell and Hersant attempted to contact Channel 9 directly, offering to give an interview in order to provide context for an A Current Affair hitpiece being prepared against the EAM and NSN. Instead they were ordered to leave the building, and as the footage clearly shows, Hersant was assaulted in the process. 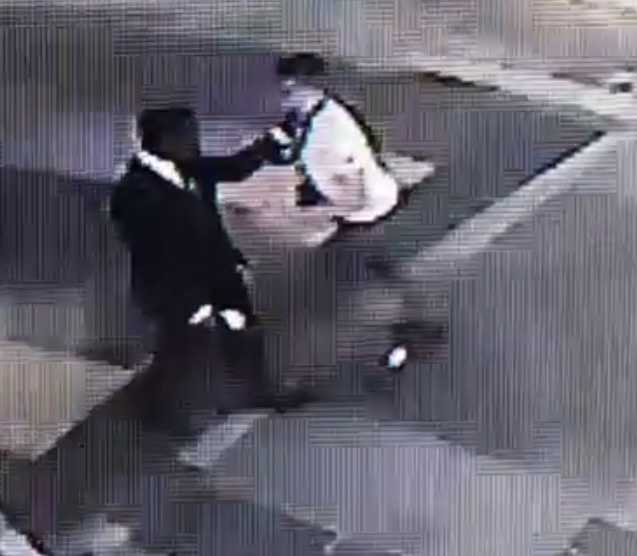 The incident was used as a pretext to arrest Thomas Sewell, and the bail conditions were subsequently used to justify jailing him in a maximum security prison after an incident at the Cathedral Ranges in May 2021.

Sewell was jailed on very poor evidence from the prosecution, and bail was denied to him effectively on the grounds of his political beliefs. He spent seven months as a political prisoner.

Given Sewell’s trial will finally go ahead next week on December 13, the question must be asked why it took so long to release said footage, and whether it was deliberately delayed in order to harm Sewell’s defence.

It is important to view the incident in the context of the 2020-21 lockdowns in Victoria, during which police violence against peaceful protesters escalated to a frightening level.

Aside from the fact that the incident was flipped in order to arrest Sewell for engaging in lawful activity and present the aggressor as the victim, the incident has been used by the Lying Press to defame Thomas Sewell as a criminal and the organisation he leads as a terrorist organisation. Defamation Commission Dvir Abramovic regularly refers to Australian nationalists as “terrorists in waiting” with absolutely no pushback from the Lying Press.

Ultimately the Regime is desperate to prevent Sewell’s message from reaching a mass audience, or at least to poison the minds of Australians against nationalists should the message go viral.

The message is that Australians are being deliberately being replaced by our government, and that we must leave the system and collectivise in order to peacefully secure our existence.